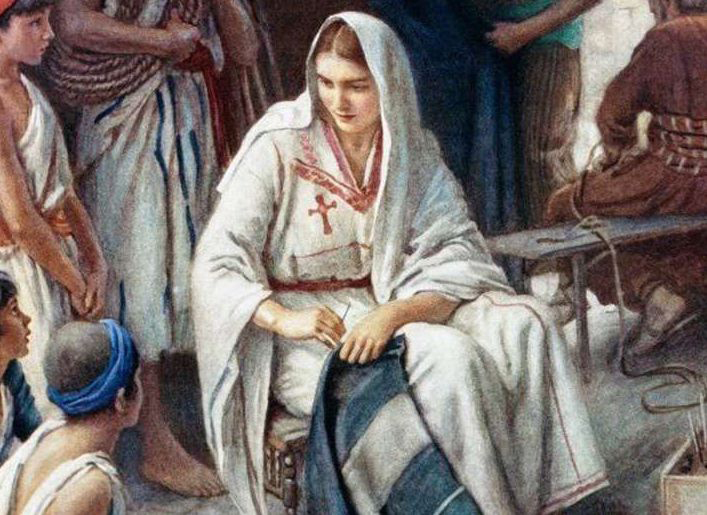 Aquila and Priscilla were a powerful first-century couple who played a key role in establishing the Christian Church right after the crucifixion of Jesus Christ.

Revs. Mike Atkins and James J. Bolton say Aquila and Priscilla gave the Apostle Paul vital help both in earning a living as a tentmaker and leatherworker and in spreading the gospel.

“They were obviously doing pretty well financially because they could afford big houses where they had a church,” said Reverend Atkins, pastor of Kingston Avenue Baptist Church. “They opened their home to Paul and Apollos and other traveling missionaries.”

After Roman Emperor Claudius moved all Jews out of Rome, where Aquila, Priscilla and Paul had made sandals and shield coverings for the army, Atkins said, the couple moved to Corinth and then Ephesus in Greece before finally returning to Rome and being martyred under Nero.

Mentioned six times in the New Testament, they are best remembered for the passage in Acts 18:24-26, which says: “Meanwhile a Jew named Apollos, a native of Alexandria, came to Ephesus.

“He was a learned man who had a thorough knowledge of the scriptures. Apollos had been instructed in the way of the Lord and he spoke with great fervor and taught Jesus with precision, although he only knew the baptism of John.

“He began to speak boldly in the synagogue. When Priscilla and Aquila heard him, they invited him to their home and explained to him more adequately the way of God.

Referring to another influential businesswoman and evangelist mentioned in Acts 16:14-15, he said, “She was like Lydia.

“She was responsible. They were passionate about the work of the Lord. She and her husband had a strong marriage and they were already Christians when the Lord brought them together with Paul. You can imagine some of the conversations these three had while they were making tents and doing all the leather work.

“They were very important in the development of the early church.”

Bolton, pastor of St. James Missionary Baptist Church, said the couple shows how such a marriage can strengthen a church.

“The book of Romans describes them as having a powerful influence,” he said. “Apollos was one of the greatest evangelists of that time and they explained God’s way to him in a more clear and concise way.”

Bolton, who is also chairman of the department of pre-health sciences at Odessa College, said Aquila and Priscilla “stayed together and were strong and highly respected.

“Priscilla was one of the most eminent teachers of Scripture at that time,” he said. “The point is that women are equal and should be as respected as men when it comes to the Bible and science.

“There is no superiority or inferiority in the kingdom of God, for God is no respect of persons. He can use whoever he wants.

The most recent Supreme Court battle over religion and LGBTQ rights in Yeshiva University v. YA Pride Alliance