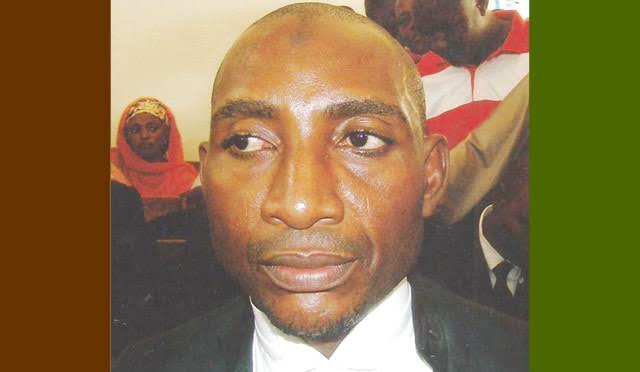 We are humans first before practicing a religion – Njoku

What is your experience as a Muslim and a leader in Imo State?

Sometimes our people, the Igbos, look at the Muslims and get angry, but in fact, I am an Igbo, from Mbaise. I was born a Muslim. Growing up, I acquired both an Islamic and Western education. I am a lawyer by profession in both Sharia and civil law. Let me tell you that Sharia is nothing but the Ten Commandments given to Moses. It is also the process of life in the hereafter. Do not serve any other God, do not kill, steal, obey parents, do not covet, do not commit adultery and others. Shariah means that when you commit any of the sins forbidden by God, it should attract punishment here on earth before the hereafter. Islam is not a new religion. When you believe in the oneness of the God of heaven and earth, and you believe that he is Alpha and Omega, and you believe in prophets like David, Solomon, Moses, Jesus Christ, Muhammad , you serve God. All are prophets and they come with a mission; believe in God and humanity in man. This is the meaning of Islam. You totally submit all your affairs to the will of God. We have guiding principles and this is called Sharia. Jesus Christ said he is the light and the way; it means that if you follow his teachings and in him who sent him, that is the light and the way.

Can you give us an overview of the Igbo Muslim community in Imo State?

I was born a Muslim. My father was the Imam of the Eke Nguru Mosque in the local government area of ​​Aboh Mbaise. We have several people who are Igbo and born in Islam. We were born Muslims, traditional leaders like Eze Emetuma from Umuoffor, Eze Shittu from Ogbaku, Eze Desmond Alli from Oguta, Prince Emetuma who is the traditional Prime Minister of his community in Mbieri and several others in different communities. One thing that we all absorb is peaceful coexistence in our communities because that is what Islam has taught us that we must have good relations with our people, which means charity begins at home. Unfortunately, our people do not listen but choose to listen to rumors and propaganda. Muslims fast on Mondays and Thursdays all over the world. And when we do, we wouldn’t want to go against God’s will. We in Imo State as Muslims live in harmony with others. I practically bear the worries of my loved ones, the less privileged ones, so that we live in harmony as stipulated in Islam. We try to do charity, to give. Let’s not just be receivers, we must learn to give to the needy, the less privileged in society.

As Muslims, we are enjoined to help people, especially when they ask us in the name of Allah, for he is the one who places people in positions.

Do you experience “culture shock” when you attend parties and it’s prayer time and people expect you to take off your hat and say I’m a Muslim? What was your experience like?

My attitude in prayer is a personal matter. Your concentration in prayer is what matters most and not taking off your bonnet. It doesn’t mean anything different. When I go to parties and people take their caps off, I calm down in my heart because it’s up to God and not man. For my part, I do not look at people and I do not bother them. I just focus on the prayer at hand. Being in a good relationship with my creator is what matters.

As a lawyer practicing in Imo State, do you only deal with cases of Muslims or do you also represent other people?

In fact, the Quran in chapter 2 says that God created us as male and female and made us into tribes, colors and the like. He tells us that we are human beings before religion. In my law practice, most of the cases I have handled are pro bono (free cases) because I like to visit correctional centers and when I go there, I pay attention to everyone as a human being. In my sermon, I always tell my Muslim brothers that the purpose Allah has created for us is to worship Him. All of your activities in life are part of worship, whether as a military officer, teacher, speaker, pastor, imam, we are all to worship God. This means that all God expects of us is that we be fair in all our dealings. We must not discriminate against people so that it does not lead you to hell. What the Creator expects of us is to be just, in all our affairs, whether you are a Christian, a Muslim, a traditional believer, just be just. The Prophet Muhammad (SAW) asked us to be fair to the animals at the time of slaughter. We should do it in the best possible way; treat him well because life is leaving him. In my northern cases in Asaba, and now here in Owerri, I pay attention to everyone because we are all human first. It is God who will judge who will go to heaven or hell. He knows those who obey him.

What has been your experience leading the Muslim community in Imo State, especially the core northerners who people assume are more involved in Islamic affairs in Nigeria?

I was the chief imam for just over two consecutive years. When you get to a place, you see the divisions, but it’s up to you to settle down and find ways to fix it. You have to study people and find out what works there. A leader is like an orphan’s wheel. When I took office, guided by the holy books, I was able to bring everyone together. I made everyone understand the need for harmony. I make no hierarchy or favoritism because we are all equal before God. During Jumat Friday, I always enjoin everyone on life after death, and encourage them to pray, to live righteously, for one day we will answer to God. Islam taught us to live properly. We preach peace all the time. I want our people to understand that we are specially wired. As Muslims, we follow the rules. If you also follow the rules, we will all live in peace. In Imo state we live in peace and people understand that. I have a good relationship with the president of the Christian Association of Nigeria and others. We always have reverend fathers visiting us, from different universities around, coming here to learn more about Islam. I always tell people to see Islam from us, not from strangers. This is because when someone with a temper flaunts it, some people may assume it is Islam but it is not. It is rather the particular weakness of this person because when he reacts negatively, if you check the Quran, you will not see it there. On the contrary, we confuse people’s personal way of life with Islam. I urge people not to judge incidents such as religion. It’s nothing but someone’s weakness.

As Chief Imam, have you lost anything because of your position? Can you do the things you used to do?

No, he didn’t refuse me anything. It even allowed me to gain more knowledge through research so that I know how to manage my own affairs and those of others. I go out to play football. I go to the gym every morning, but I always behave well and speak politely to people. I also try to settle disputes calmly. As Chief Imam, it has improved my life and my relationships with people. no false airs (claims). I am always available for people; I help them solve their problems. I urge people in different positions to always make themselves available to those they lead.

Tell us about yourself besides being a lawyer and Muslim community leader in Imo State?

My late father, Alhaji Yusuf Njoku was the imam of the central mosque of Eke Nguru; he married three wives. The first, a Fulani woman and they had three children. My mother is from Umuokirika in Ahiazu Mbaise and they had seven children. And the third wife is from Obowo also in Imo state. We are all practicing Muslims and we live in peace; eaten from a pot and from the same tray. I started from the village of Ihitteafoukwu, then around 1985 my father took us to Maiduguri where I continued to primary school in El-Kanemi. I went to El-Kanemi Islamic Theological College, a school owned by Syrians. It was a boarding school. I had wanted to pursue Islamic studies abroad but my then tutor, a professor, said no. He said I had acquired that and needed to explore, so I went to University of Maiduguri to read law. I went to the Nigerian Law School in Abuja and was admitted to the bar. Then I moved to Nasarawa State to practice and even got married there. Later I moved to Asaba in Delta State and practiced for a year before moving again this time to Owerri.

I work within Professor Francis Dike Chambers as a lawyer. Islam taught us to communicate well with people, to have an open mind and to be sincere. Honesty makes people respect and like you. In fact, by doing so, you can live with anyone in peace.

Your advice on tolerance, respect, cohabitation especially in the face of political events.

One of the teachings of the Prophet says that whoever believes in Allah should honor his neighbours. Your neighbor is someone who will be directly affected by your actions. So anything that may worry others should be avoided. Islam teaches us how to live with our neighbors, and it did not specify your Muslim neighbors, your blood relatives or your friends. On the contrary, he said your neighbor; that person who can be affected by your negative actions.

We try to see how to educate ourselves to live in peace. Of course, I understand that there are societal differences in understanding, differences in religion, culture and tradition, and many more. But we all need to understand that we came into this world empty-handed and will leave the same. If there is anything God asks us to do, we must do it because we will give an account of ourselves before Him. For me, the most important thing is to be fair and to live in harmony with others. If you are righteous, justice will always be your priority. It will help you prioritize and you won’t cheat or covet other people’s things.

We must avoid religious, tribal and other prejudices. I have brothers and sisters and if they go wrong, I correct in love. If we start from ourselves, weigh it carefully within ourselves, and know if it hurts others, we will avoid a lot of trouble. Avoid anything that offends or hurts others. If your comments are offensive, shut up. Do not backbite and avoid envy because God has his parameters to bless people differently. If you understand these things, then you will know that we must act fairly.