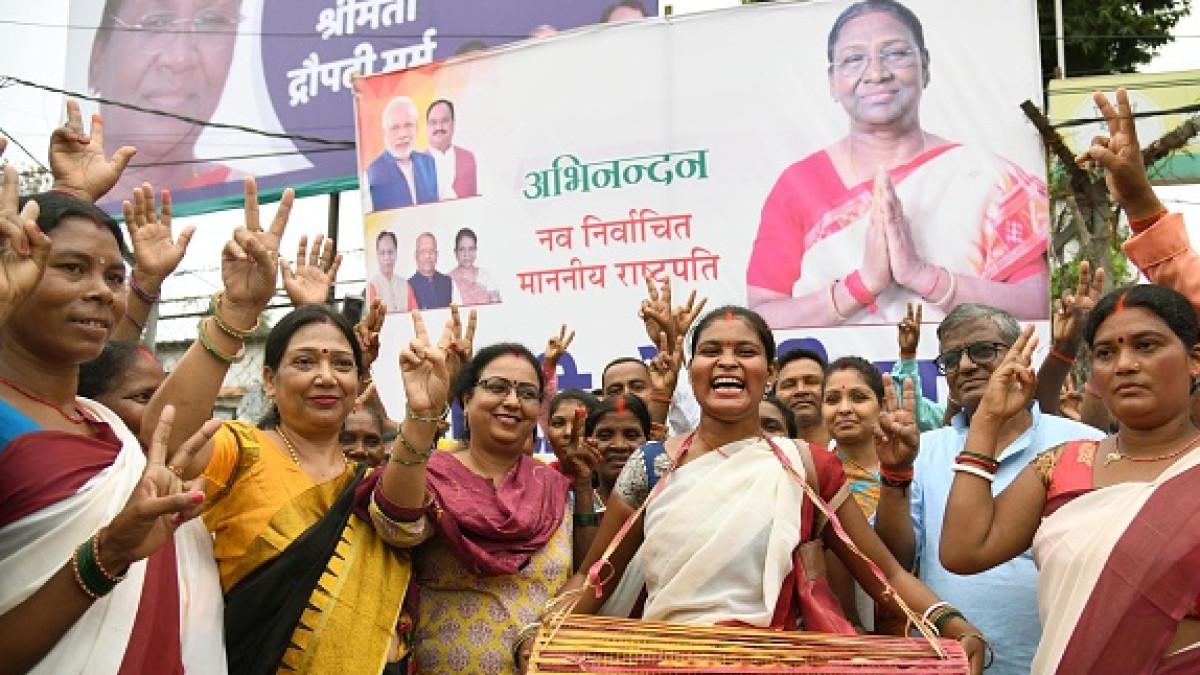 Geeta, 19, slowly hummed the song “he yo sarna yayyo” while cooking for us. I approached her to listen to the song. She continued the song happily. The song was as melodic as she was. It was time for the Sarhul festival. The feast of the worship of ancestors, nature, flowers, colors. And Geeta would be with her family wearing her favorite “sada” (white) saree and dancing the night away.

Geeta was our housekeeper in Ranchi, while she was studying in a government college. They were a Sarna, an Oroan tribe, who belonged to the district of Khunti. Like Geeta, there are thousands of followers of the Sarna religion.

The tribes form 27% of the population of Jharkhand. Sarna believers were aborigines of the land long before the establishment of Bihar or the state of Jharkhand. Their history is as old as the Mahabharata. I have always been in awe of this beautiful religious practice.

I first came across the Sarna creed during my sociology and anthropology classes at school. Whenever my favorite teacher talked about the beautiful tribes of India, I found his eyes lit up with excitement. She always said that we have to learn a lot from our tribal community. And rightly so. But all this was only in theory.

I discovered this beautiful religion thanks to my friends when I was doing my master’s degree in Ranchi. I must confess that like most Indians, I didn’t have much interaction with our native population. Indian films had painted all the false and hopeless images of Asian and African tribes. And like others, I too got carried away.

It took me a few days to understand the ethnic composition of Jharkhand. While some of my friends spoke the Mundari language, others spoke the beautiful Santhali language. We had summer camps in our management institute where we could spend 10 days in a row in our assigned villages. And these camps turned out to be a turning point in my life. I was actually living with the tribes of Jharkhand, eating their food and learning every day.

My stay in Khunti district brought me closer to the Munda tribe. Their culture, their religious practice, their eating habits were very similar to most Indian homes. But what set them apart was their innocence, straight out of conversations from the heart, and respect for elders.

Hadia (local fermented rice drink) had always been part of their ritual. So much so that it is openly offered to customers upon arrival. They too regard their guests as God. Their closeness to nature, worshiping the earth as their deity, worshiping mountains, forests, the protection of trees and all things natural is part of tribal life. Their fetish for cleanliness is something everyone appreciates. They eat and depend on everything local and locally produced.

Practitioners of the Sarna belief are neither Hindus nor Christians. While some tribals continue to practice the Sarna religion, most of them have converted to Christianity or practice Hinduism. The reason being that the Sarna belief has no religious code. They have always claimed recognition as a separate religion.

At present, a person who practices this religion must identify themselves as one of the six religions specified by the Constitution or as “others”. Despite their regular demand for a separate religious code for the practice of Sarna, the Constitution failed to provide one.

The current Chief Minister of Jharkhand who also follows Sarna like many others has wanted special religious status for the people of Sarna.

As I write this article and am transported to the world of greenery in the absolutely beautiful plateau of Chota Nagpur region with thatched roof houses and Hadia, I pray and hope that Sarna will get her due and Geeta, who is now a mother of two, does not have to confuse her children with their identity.