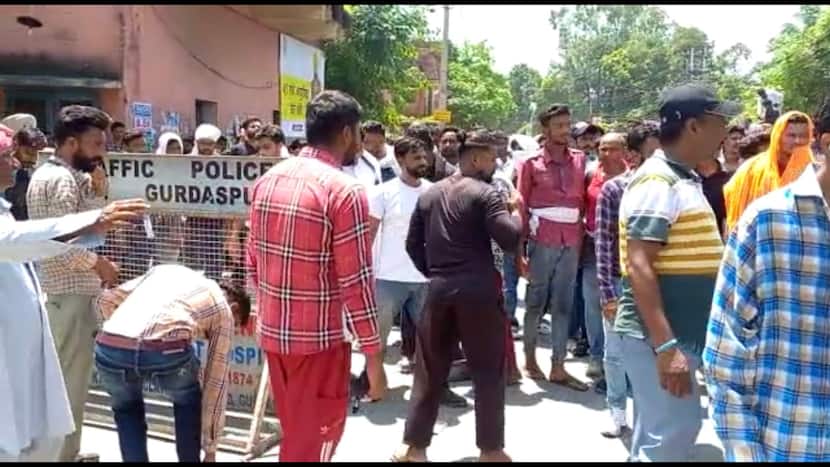 Accused of proselytizing against women in the Christian community, a dharna was held outside the city’s police station

Gurdaspur: In Gurdaspur, the issue of Hindus preventing women from preaching Christianity has become hot. Members of the Christian community gathered in large numbers to protest outside City Gurdaspur police station and demanded that their wives be deliberately brought to the police station by Hindus and commit suicide with them. On the other hand, people of Hindu religion have also called for the market to be closed and the police are trying to explain to both sides.

Reporting on the matter, Bittu, a resident of Behrampur Road, said that some women associated with Christianity had come to his house. They would break into their homes and preach the Christian community and pressure would be put on them to convert. He said many of these people converted people by force in the past, for which they arrested the women and sent them to the police station, for which today they closed the city of Gurdaspur and declared that if there was wrongdoing, they would be forced to protest on both sides. Efforts are currently being made to calm the situation.