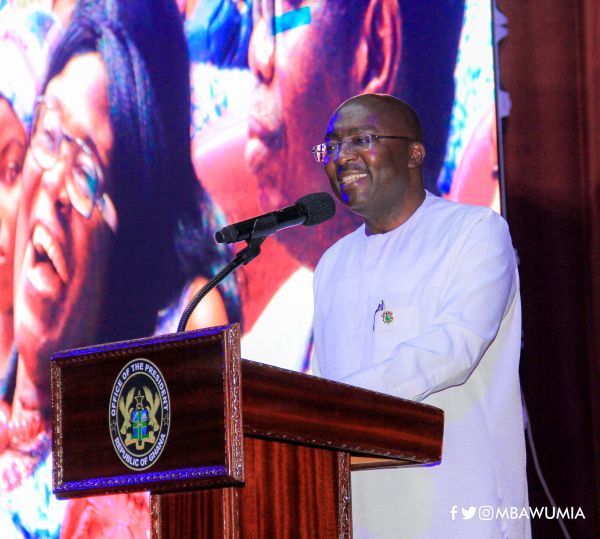 The Vice President, Dr. Mahamudu Bawumia kicked off the 175th anniversary celebrations of the Evangelical Presbyterian Church in Ghana (EPCG) by calling on Ghanaians to consider and utilize diverse religious inclinations as a force for good and an enabler of national cohesion.

“That’s what should bring us together as a people. We must see religion as a uniting force and not as a dividing force. It is a charge that we must bear as children of God,” Dr Bawumia said at the launch, which took place in Accra on Sunday, July 31, 2022.

Ghana’s unique acceptance and peaceful co-existence is the envy of many around the world and must be jealously guarded, Dr Bawumia pointed out, with the country maintaining its peaceful credentials in a recent global survey.

“In addition to the economic and developmental issues that the church should concern itself with, the church and the pulpit should be used as instruments for peaceful nation building. According to the recent Global Peace Index, Ghana maintains its position as the second most peaceful country in sub-Saharan Africa and the most peaceful in West Africa.

“It is a remarkable achievement that must be guarded jealously without any compromise no matter what. Both the Bible and the Quran emphasize the issue of peace. And it is gratifying to note that in Ghana, we have such a tolerant and religiously acceptable society that makes it effortless for a Christian priest to worship with Muslims and vice versa, to the point that a great Muslim Imam could celebrate his 100th birthday with Christians. church.”

Citing himself as an example to support his claim of peaceful coexistence, Vice President Bawumia continued:

“We live in a society where a mother and some children may be Christians and a father and some children may be Muslims. As a young boy at Sakasaka Primary School in Tamale, I was born to a Methodist mother (then Susuana Mariama) and a Muslim father. Growing up, I was an active member of the Methodist Boys’ Brigade until my mother converted to Islam. I suspect I’m the only Muslim member of the Boys’ Brigade. To date, out of my seventeen (17) brothers and sisters, nine (9) are Christians and eight (8) Muslims. That is the beauty of religious acceptance in Ghana,” he revealed.

Dr Bawumia praised the church for its enormous contribution to national cohesion and development, saying it has been a “reliable, trusted and formidable agent of transformation, civilization and societal progress”. The gains we made as a nation before and after independence in moral, spiritual and socio-economic development would not have been entirely possible without the active participation of the Church.

“Indeed, we cannot mention any monumental contribution of the Church to nation building without acknowledging the role of the Evangelical Presbyterian Church in Ghana. In addition to your many educational institutions including more than 500 basic and tertiary institutions such as Mawuli, Mawuko, EP high schools in Hohoe, Saboba, Tatale, as well as vocational and technical schools, as well as colleges of education, you also earned the enviable reputation of establishing the first university in all of the Volta and Oti regions, the Evangelical Presbyterian University College (EPUC).

“Your health centers in Wapuli, Ho, Dambai, Blajai, among others, associated with your many relief and development projects in the fields of agricultural development, the fight against climate change, HIV programs / AIDS and tuberculosis, among others, have added to your endless list of accomplishments over the past seventeen and a half decades of your existence,” he observed.

Accused of proselytizing against women in the Christian community, a dharna was held outside the city’s police station