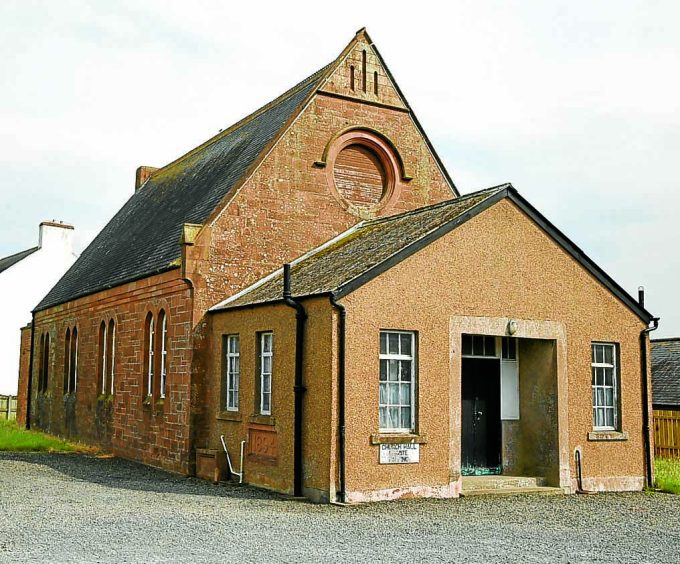 MEMBERS of the community have expressed their disdain at the plan to sell the old church in Gretna.

Springfield Community Councilors and Gretna Green were outraged when they discovered the church hall and adjoining car park had recently been put up for sale by the Church of Scotland for £90,000.

She said: “In smaller communities like Gretna or Kirkpatrick Fleming, the church plays a much bigger role in bringing communities together.

“But lately, the actions and lack of interest that the church seems to have in our communities is more akin to a commercial enterprise.”

Ms Tranter insists that if the church hall car park – which has been regularly used by Stormont Hall for over 20 years – is built, the community will lose a great deal from not being able to use the car park and could cause exceptional disruption to the busy roads. .

She also said the lack of accessible parking for users of nearby Stormont Hall would result in a disadvantage in the ability to attract new bookings, resulting in a potential loss of commercial revenue for the hall.

Springfield and Gretna Green Community Asset Trust – with the support of the Community Council – sent correspondence to the Church of Scotland in 2019, well before the church hall went on the market, and asked if the church would give them the opportunity to raise funds if ever the room was put up for sale.

But the members insist they never received a response.

Ms Tranter added: ‘The Church of Scotland has not played ball with the community council, despite constant attempts to reach out and communicate with them.’

A frustrated Ms Tranter then contacted MSP Colin Smyth and Councilor Archie Dryburgh to try to resolve the issue. A meeting between them took place on Tuesday.

Mr Smyth has written to Church of Scotland moderator Ian Greenshields asking the church to meet with local politicians and community groups to discuss the future of the hall, including parking access.

He said: “There are many opportunities for the Asset Trust to raise funds but they have not been given them which I think is grossly unfair.

“All the church needs to do is sit down and talk to the community, and understand the issues that losing the parking lot would cause.

“It is a pity that the church was not prepared to work with the community.

“Everyone accepts that the Church of Scotland is going through a major process where it is getting rid of many of its churches and halls due to lack of use and no one is contesting the right to sell the hall.

“It’s just disappointing that the church hasn’t pursued the opportunity for the community to purchase the hall and parking lot first rather than just put them on the open market.

“It looks like the church is headed for a sudden, quick sale and it clearly doesn’t give the community time to prepare an offer and secure funding.”

Cllr Dryburgh added he was “rather disappointed” with the Church of Scotland.

He said: ‘If the council has been using the park all the time and they lose access to it, Gretna’s ever-growing economy will decline.

“The uses of Stormont Hall are countless. Dumfries is building quite a reputation for itself and we don’t want smaller communities to be left behind by decisions made by larger groups.

The Church of Scotland has been contacted for comment.