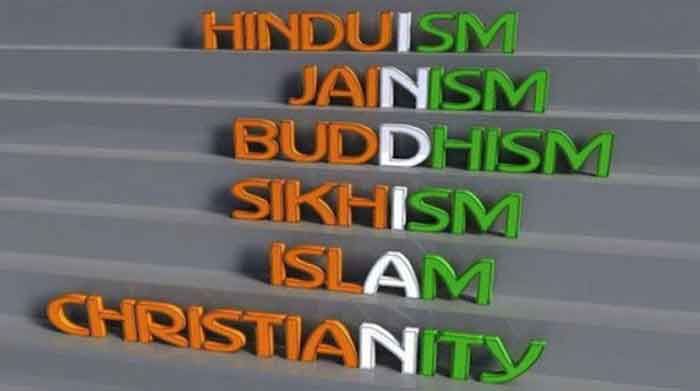 Islamophobia and the Christian Community in Kerala | Counter-currents

Although there are many kinship sons, those who study history can understand that there have been conflicts between Islam and Christianity from the beginning. Although it can be traced to the Semitic tradition and exact assimilation of the modern structure, it can arguably be said that imperial political interests were behind it. But on the other hand, the role of these two religions in the overall construction of the prophetic culture of ethics is very clear.

Semitic religions such as Judaism, Christianity and Islam have many geographical and scriptural connections. The Mediterranean region, culture and desert nature have definitely influenced the rituals of these religions. But the most important of these is kinship based on religious scriptures. Judaism came first. Judaism is based on the Hebrew texts, which include the first part of the current Bible, the books of the law of Moses and the prophetic books.

Judaism brought many ethical lessons that enriched human culture. However, with Christianity in the 4th century and Islam in the 7th century becoming more powerful in the political power structure, the philosophies of Judaism can be seen as becoming more nationalistic and ethnic.

Christianity, derived from Judaism, aims for a new human culture in the light of the movement of Jesus. However, the imperial relationship formed in the 4th century also made Christianity a power structure. Christianity is in conflict not only with Judaism but also with Islam. This is what the history of the Crusades teaches us. Not only monotheism, Abrahamic traditions and canonized religious texts, but also imperial and power interests increased the distance between these religions.

Narrow nationalism, ethnicity, and hegemonic economic power structures were shaped by fundamentalist readings of religious texts and the construction of closed religious practices and rituals.

Global politics taking shape in the second half of the 19th century and the first decades of the 20th century fueled the said conflict. The conflict between Christianity, which spans six continents, and Islam, which is trying to establish itself from the countries of the Middle East to the African and Asian continents, is not only religious but also political. America and other European countries, on the other hand, have religious, economic and political interests in controlling world politics. It is in this religious-economic-political context that we must understand the conflict, beginning with the US War on Terror and ending with the Hagia Sophia dispute in Turkey.

The conflicts between these religions continue to be an ongoing story as the distinction between believers and non-believers is strictly observed and the effort to convert non-believers is considered a religious obligation. But the paradox is that the ethical thoughts they try to share are the liberating sutras of human culture.

The contemporary Indian context is one of religious antagonism and religious hatred. What is happening here today is a massive building of community social consciousness. We clearly understand that the vaunted religious tolerance and the cultural construction of inclusivity were hollow. This was articulated by grassroots communities in this country long before this time when anti-religious minority and hatred became a national culture. But they were the first to become traitors.

While only Muslims, Christians and Communists are alienated in the Hindutva political manuals written by the Sangh Parivar, the first communities to be ostracized are the country’s tribal, Dalit and marginalized communities. This is why an alternative national politics and a religious culture where Buddha, Marx, Ambedkar and the prophetic religions converge are essential in contemporary India. But it is sad that we do not recognize the efforts of the Sangh Parivar to make such an alternative policy impossible.

The most criticized here are the Christian communities. Sangh Parivar forces managed to maintain some dominant communities among Indian Christians. It is made possible by the construction of unidimensional and ethnic identities. It is true that the Sangh Parivars have successfully baited the mainstream Christian communities of Kerala which has loosened the sense of upper caste Hindu identity. While acknowledging that many productive people remain distinct in these congregations, the ecclesiastical power structure they comprise is not exactly criticized for being overtly aligned with Sangh Parivar forces.

In Kerala, the said churches that embrace the Sangh Parivar agenda under the guise of love jihad and narcotic jihad are condemnable in their treatment of Muslims in general across India today who are on the brink of genocide. There may be attempts to protect one’s own interests by negotiating with positions of authority, to reap benefits, or to cover up scandals.

Here is the requirement

What is needed here is to realize that the anti-Muslim attitudes of some mainstream communities are in line with the agenda of the Sangh Parivar and be prepared to correct them. Communal abuse of Christian conscience as a shortcut to social power by constructing narrow texts and practices, even though neither Christian Scripture nor Jesus Christ nor Christian ethical thought encourages it, cannot be justified . The narrow policy of dominant societies to protect their selfish interests on behalf of weaker societies must be opposed by all who harbor progressive religious visions. This is the long-awaited Christian Reformation. Renewal is about reflecting on what true Christianity is in these times of rampant religious and communal hate campaigns.

At this time when Islamophobia is rampant, the Christian community must correct Christian religious thinking that puts Muslim religious communities on the side of the enemy without exposing the monstrosity of racism that Jahangirpuri, Karnataka, meat eating and Hijab paint in front of we. It must be said loud and clear that it is not Christian. Many human rights activists among Christians, those who work in the fields of law and justice and who are engaged in international charities, and even more famous thinkers of meditation, do not see this policy hatred of the Sangh Parivar.

Consciously creating biblical lessons and practices of love and inclusion, coming together in the liberating work of the vulnerable, championing an open secular society that yearns for alternative ethical politics – these are the things Christian communities can do today. today.

Witnessing the Christ who promised justice to victims by deconstructing power structures in thought, belief and body demands that Christianity be transformed into the political hope of the wounded by reversing the power structures of racism and masculinity. If we are here indifferent and passive, it is Christ and His testimony of faith that fails. Advocating for an open secular society that yearns for alternative ethical politics – that’s what Christian communities can do today.