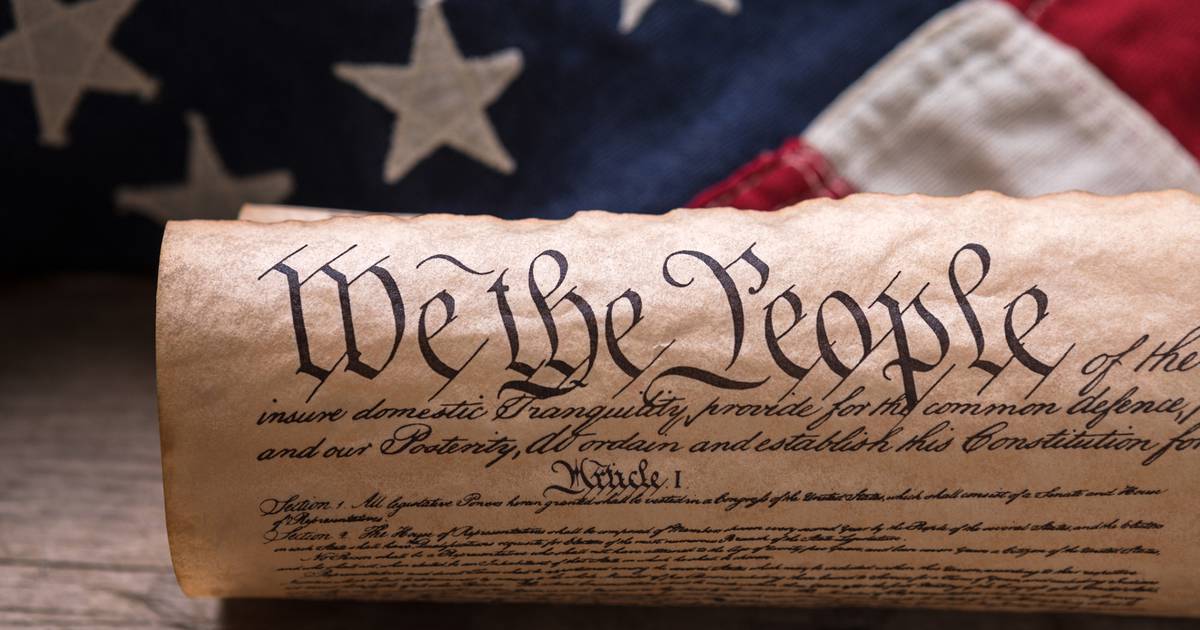 It was shocking to read the letter “Religion and Freedom” (July 15) and just after the shooting in Highland Park. Writer Larry Craig said, “Only in religion, and especially in Christianity, do you get the responsibility and the hope for great freedom.” If I remember correctly, there are many in Highland Park who are of the Jewish faith.

The author points out that our Constitution was written by Christians, that is to say the faith of almost all those who had settled in this country at that time, but certainly not that of the natives, for whom the laws have not been written. The author suggests that since Christianity was the common faith at the time, that faith should be associated with the state. That seems pretty over the top, and freedom of religion seems more valuable than ever.

The reprehensible treatment of religious minorities and the prevalence of anti-Semitism have been responsible for countless vicious and deadly attacks. To suggest that Christianity alone will bring freedom is beyond pale. Keep religion out of the courts and allow those of all faiths to practice freely without subjugation.

John Adams may not have known a Jew or a Muslim, which had everything to do with the times. We are in a completely different world and tolerance is needed more than ever. Not tolerance of narrow-mindedness but tolerance of our differences.

Supreme Court justices are not the greatest scholars of Christianity. How could a citizen believe or believe that judges would or should be competent in both Christian doctrine and the law of the land?

Removing the separation between church and state would require a whole new kind of judicial candidate. The freedom to practice any religion should distinguish the United States, but many Christians, including the writer, seem to think that Christianity alone will save us.

Our world is complicated and troubled. He doesn’t need more fodder.

I disagree with Larry Craig, who completely misses the issue of First Amendment freedom of religion. We were not established as a Christian country. This amendment was written to prevent the religious wars that plagued Europe; such religious persecution has driven many to immigrate to our shores.

Nor does he acknowledge that New York, originally founded by the Dutch as New Amsterdam, offered religious freedom, which is why many Jewish families moved there. The founders put this amendment into the Bill of Rights to recognize that people of other faiths were welcome here and should not be persecuted.

People of many nationalities have come here, and they are not Christians, but Buddhists, Sikhs and Muslims, among others.

In his letter, Larry Craig quotes John Adams as saying, “Avarice, ambition, revenge, or bravery would break the strongest cords of our Constitution.”

Someone please tell me: With respect to the above, does Donald Trump score three out of four?

The July 15 editorial “In the low-cost airline industry, a race to the bottom” laments Spirit Airlines and other ultra-low-cost carriers. Although I am a loyal United traveler, I also travel with Spirit, Frontier, Allegiant and now Avelo as their prices are often much cheaper than the larger carriers. Yes, ultra low cost carrier prices go up if you want to check bags or sit in a particular seat. But if you just need to get from point A to point B, super low cost carriers are almost always the cheapest. It’s good for consumers. And while other airlines claim to give travelers two free bags, if I’m traveling with nothing more than a briefcase, flying on those other airlines means I’ll end up paying higher fares just to subsidize passengers who check in baggage. No thanks!

Beyond that, the editorial board deplores the actions of Transportation Secretary Pete Buttigieg. The primary reason for today’s cancellations has nothing to do with government action or inaction. It’s a question of manpower. During the pandemic, many pilots, flight attendants and other airline employees have retired or otherwise left the industry. They cannot be easily or quickly replaced. Additionally, Buttigieg has taken steps to address this issue by helping airlines create job training opportunities for the next generation of airline workers.

In the meantime, I look forward to flying on United or Spirit or any airline, even if that sometimes means packing my own snacks.

Join the conversation in our Letters to the editorial Facebook group.

Submit a letter of no more than 400 words to the editor here or email [email protected].

Spiritual side: the 1st Christian Church welcomes a guest minister on July 24