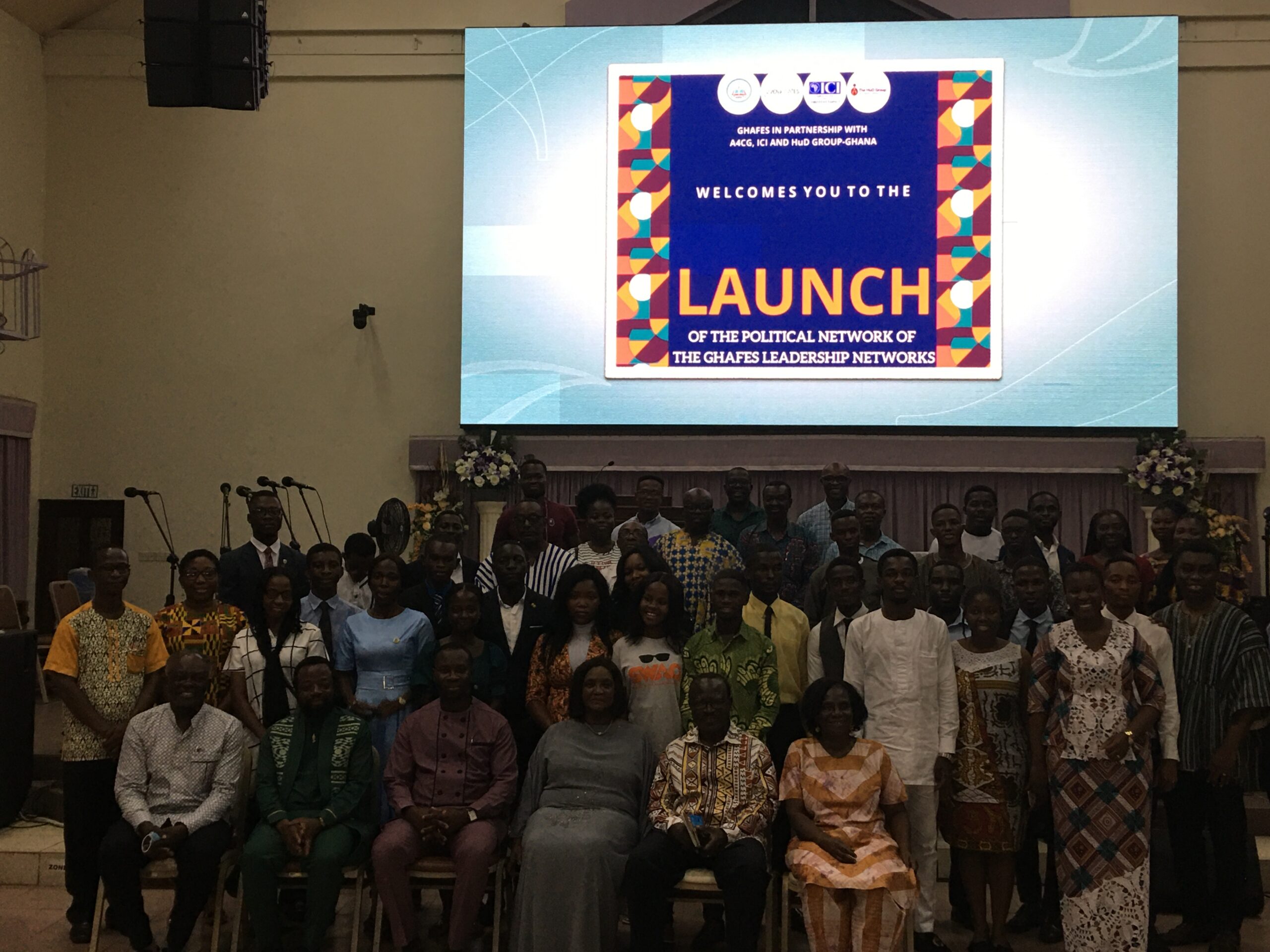 The Christian community has been urged to hold political leaders to account.
They were asked to do this not only after they (the politicians) took office, but before, during and after their appointment.

“Most Africans…cannot hold leaders accountable or demand that level of accountability. (Therefore), the Church has a responsibility to renew and restore the words of integrity and accountability in politics.

“Holding them accountable starts with ourselves being accountable within recognizable circles of accountability. If we are accountable to no one, we have no basis to hold political leaders accountable.

Reverend Dr Femi Adeleye, Executive Director of the Institute for Christian Impact (ICI), who gave the advice, was speaking at the launch of the GHAFES Leadership Networks (GHALNETS) on Saturday in Accra.

The program was organized by the Ghana Fellowship of Evangelical Students (GHAFES) in partnership with Advocates for Christ Ghana (A4CG), ICI and the HuD-Group.

Its theme was: “Redefining contemporary political ethics in Ghana: the place of Christ and his Church”.

GHALNETS is designed to empower young people with tailored discipleship and mentorship tools to better prepare the next generation for catalytic national transformation.

Reverend Dr Adeleye said the Church can ensure accountability by actively speaking out against the abuse of privilege and responsibility.

He advised Christians to proactively and actively participate in national affairs and discourses.

The cleric said the church has a responsibility to protect the moral fabric of political engagement through both its presence and participation.

He referenced a quote from Plato, an ancient Greek philosopher: “If you are not interested in the affairs of your government, then you are doomed to live under the rule of fools.

“Jesus calls those who follow him to abide in the truth and apply it in all spheres of life, including politics,” he said.

He said that, as with Christian leadership, political leaders should act as servants, thereby serving the nation for the common good of all citizens.

They were also to act as stewards, appropriating resources with integrity and justice, and as shepherds, leading the nation by compassionate example.

“In this regard, the political leader seeks to serve as a servant, guardian of resources and shepherd of the people for the common good,” he said.

He called on Ghanaians to intercede in prayer for all who aspire to be leaders and for each other as responsible citizens.

“We should not underestimate the spiritual battle in the political space. This is not about human exchanges or disagreements, but about a battle for the very soul of the nation.

Her Lady Justice Georgina Theodora Wood, former Chief Justice and President for the occasion, advised the first group of cohorts to be prepared to remain engaged throughout the training period.

She advised them to pray and devote themselves entirely to studying the Bible and practicing the teachings.
Mrs. Wood said that once God had called them out of the lot to be cared for, then indeed He had good plans for them, as such they should continue to rely on Him.

In messages of solidarity, representatives from A4CG, ICI, HuD-Group and the Church of Pentecost commended GHAFES for its foresight and said they were ready to make available resources and expertise for the success of the training program.