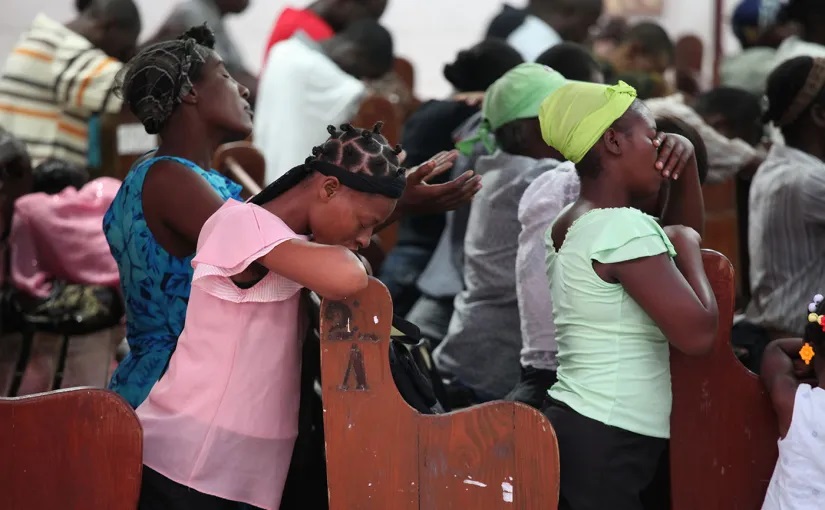 Haiti (MNN) — Despair is growing every day in Haiti. Gang violence has killed nearly 200 people in a monthand kidnappings are a constant threat.

A believer whom we will call James is working with Global concern in Haiti.

“People are being kidnapped every day. The government is non-existent. We don’t have a president; he [was] assassinated. Commodities are getting more expensive every day,” he says.

“You can’t describe how difficult it is right now.”

The Christian community is not immune to gang violence. “Three or maybe six months ago, the churches were the main target,” says James.

“Every Sunday morning or Saturday night, or Saturday morning, a pastor or a church member, a deacon, someone at the church has been kidnapped.”

World Concern walks alongside communities in dire need of the hands and feet of Jesus. Learn more about World Concern’s work here.

The hope of Christ keeps people’s eyes on the horizon rather than the desperate circumstances around them. James says many Haitians think, “We’ve been through so much [much] difficulties and tribulations, then we will overcome this one.

But even the faithful are tired. Ask the Lord to give them strength and pray for peace in Haiti. “It’s the worst I’ve ever seen in my country; I don’t think we can go any lower,” says James.

“People are ready to do anything; even kill someone just to find food to give to their children. I would only ask [people] pray for peace in Haiti. It’s the only thing we want.

The Pope in audience: the Christian community must visit the elderly, help them to serve

James Pence: A test of our faith | Religion