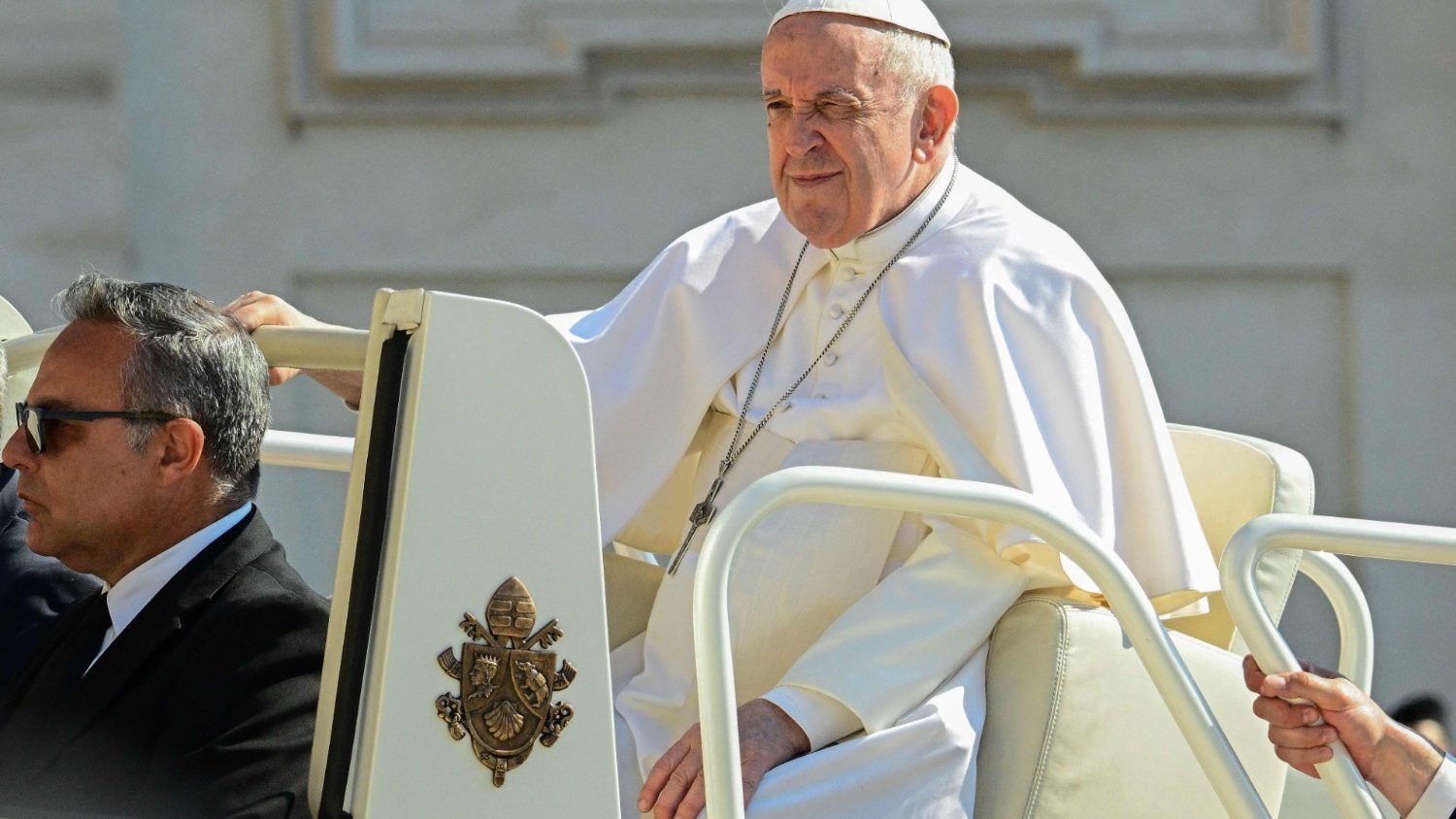 The Pope in audience: the Christian community must visit the elderly, help them to serve

Continuing his catechesis on the value of old age during the General Audience, Pope Francis invites the elderly to overcome the temptation to stray, for the Lord never rejects them, but rather gives them the strength to serve.

During the Wednesday General Audience, Pope Francis continues his series of catecheses on the elderly, reflecting on the story of the healing of Simon’s mother-in-law in the Gospel of Mark

“We don’t know if it was a mild illness, but in old age even a simple fever can be dangerous,” the pope said, adding “when you are old you no longer control your body. You have to learn to choose what to do and what not to do.

He noted that in old age, the vigor of the body weakens and abandons us even though our heart does not cease to sigh and that we must then learn “to purify desire: to have patience, to choose what to ask body, or to life. .”

Illness and the elderly

Illness weighs on the elderly in a different and new way than when one is young or adult, the Pope said, noting that an elderly person’s illness seems to hasten death and decrease the time we have to live, which is already considered short.

For many older people, he explains, the doubt begins to creep in that they will not recover and that they may begin to lose hope in the future.

But the Gospel scene helps us to hope and offers a first lesson: that Jesus did not visit the sick woman alone, but that he went there with the disciples.

Likewise, “the Christian community that must take care of elderly relatives and friends,” the Pope said.

Christian community and the elderly

Pope Francis insists that visits to the elderly should be done in many, together and often, especially in these days when the number of elderly people has increased.

He adds that we should feel responsible to visit the elderly who are often alone and present them to the Lord with our prayers.

“A society truly welcomes life when it recognizes that it is equally precious in old age, in disability, in serious illness and even when fading away.”

Thus, Jesus sees the sick woman, takes her by the hand and heals her. By this gesture of love, the Pope noted, Jesus gives a first lesson to the disciples, that “salvation is announced or, better, is communicated by attention to this sick person; and the woman’s faith shines with gratitude for the tenderness of God who has bent over her.

Service by the elderly

Following the healing of the woman, she “rose and served them,” Pope Francis stressed, indicating that this is the second lesson that the woman gives us.

In this regard, he notes that even elders can and should serve the community, cultivating the responsibility to serve and overcoming the temptation to stand aside, for “the Lord does not reject them; on the contrary, he gives them back the strength to serve.

He said that elders who preserve the disposition for healing, consolation and intercession for their brothers and sisters are perhaps “the highest testimony to the purity of that gratitude which accompanies faith.”

Thus, if elders were placed in the center of collective attention instead of being shunned and removed from community events, they would be encouraged to exercise the precious ministry of gratitude to God.

The recognition of the elders for the gifts received from God in their lives, as Peter’s mother-in-law teaches us, “gives back to the community the joy of living together and confers on the faith of the disciples the essential feature of its destination, said the pope.

The Holy Father goes on to point out that the spirit of intercession and service which Jesus commands of his disciples is not simply a matter for women, for “there is no trace of this limitation in the words and deeds of Jesus”. Indeed, he notes, the evangelical service of gratitude for God’s tenderness is in no way written according to the grammar of the man who is master and the woman who serves.

However, this does not take away from the fact that women, when it comes to gratitude and tenderness of faith, can teach men things that men may find difficult to understand, and even Peter’s mother-in-law , before the arrival of the Apostles, as well as the way of following Jesus, showed them the way too.

He went on to point out the special gentleness of Jesus in taking Simon’s mother-in-law “by the hand” and lifting her up, which shows his special sensitivity towards the weak and the sick, which he had certainly learned from his mother. .

In conclusion, the Pope urged everyone to make efforts to bring the young and the old closer together so that the young can learn from the wisdom of the old.

POLITICS BEYOND RELIGION IN NIGERIA