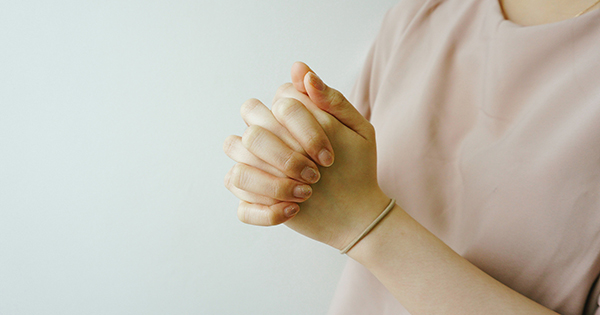 In the wake of the recent shootings in Tulsa, Okla., Uvalde, Texas, and Buffalo, NY, political debates over gun control, especially the banning of assault weapons, predictably , were revived by these tragic events. However, for white progressives, this political debate is one of many shaping the 2022 midterm election year. In addition to debates over gun control, the right to vote, the need for a social safety net and women’s reproductive rights also figured prominently. But without a filibuster-proof majority in the US Senate, most hopefuls for progressives nationwide are dead on arrival. For progressive Christians in this country, this is terrible news.

News from right-wing Christian circles often dominate mainstream media, leaving progressive Christian causes grouped under the broad banner of the left. As a result, American Christianity is marked by the loudest voices in the room, which are often those associated with white evangelicalism.

First, as an ordained minister, I am not enraged, but I a m angry. I am angry with my fellow Americans who are abdicating their civic duty by not participating in the electoral process. I am angry with Christian ministers who preach and advocate hatred of others from their pulpits. I am angry with political candidates who invoke God and Jesus at rallies in a chauvinistic way to stir up the crowd. I am angry with the elect who have consistently provided “thoughts and prayers” without action. But mostly, I’m angry at white progressive Christians who have sat on the sidelines while the religious right has co-opted what it means to be a Christian in America.

Rooted in African American church tradition, James Cone, the founder of black liberation theology, wrote his first book, Black Theology, Black Power, in the five weeks immediately following the assassination of Martin Luther King, Jr. (GRS’55, Hon.’59). In several of his speeches, he made it clear that he wrote the book because he was angry. Cone considered himself “the angrier theologian in America,” fully aware that a theology of anger has the power to convert hearts and minds into political action.

In 2015, a day after a gunman opened fire on a Bible study group at Mother Emanuel AME Church in Charleston, South Carolina, the son of one of the victims offered his forgiveness to Dylan Roof. To date, no family member of the deceased in Tulsa, Uvalde or Buffalo has done the same. I believe this is a sign that feelings about these atrocities are changing. Rather than resign ourselves to the fate which, in fact, is what we are, I, as a black Baptist pastor, implore white progressive Christians to adopt a theology of anger.

White progressive Christians should borrow from the black liberation tradition and adopt a theology of anger. It provides a constructive framework that responds appropriately to the carnage that took place at a hospital in Oklahoma, an elementary school in Texas, and a grocery store in New York. Using a theology of anger can provide an operative language to express the frustration felt by many people across this country. It can also welcome radical hope for a deep conversion in the hearts and minds of elected officials who already possess the power to change policy and prevent these tragedies from happening again and again.

Such a constructive theology makes it possible to reject the status quo. White progressive Christians who embrace a theology of anger can then offer a public rebuttal to the noise of silence provoked by white evangelicals who are uncompromising when classrooms of American youth are being killed, from Virginia Tech to Sandy Hook, Connecticut. in Parkland, Florida and now Robb Elementary School in Uvalde. Embracing a discourse about God that has its basis in anger reclaims the narrative of who speaks for Christians in America by signaling that white evangelicals do not speak for everything The Christians.

This approach is not to reject other forms of faithful devotion and response to the tragedies that beset us, but rather to advocate that a faithful attitude in the face of innocent bloodshed and political passivity also includes an acknowledgment of anger. White progressive Christians need a revival to rise from their beds of privilege and seize the day. Hopefully the tragic events in Tulsa, Uvalde and Buffalo demonstrate that hitting the snooze button is not an acceptable response. An anger-based theological response is needed for white progressive Christians to move beyond their own “thoughts and prayers” and embody the Christian doctrine that faith without works is truly dead.

Joshua Laurent Lazard (STH’25) is a doctoral student at the Boston University School of Theology; he can be reached at [email protected].

“POV” is a review page which provides timely feedback from students, faculty, and staff on a variety of issues: on-campus, local, state, national, or international. Anyone interested in submitting an article, which should be approximately 700 words, should contact John O’Rourke at [email protected] UB today reserves the right to reject or modify submissions. The opinions expressed are solely those of the author and are not intended to represent the views of Boston University.

Nashville Religious Communicators to Meet in Person in July 2022