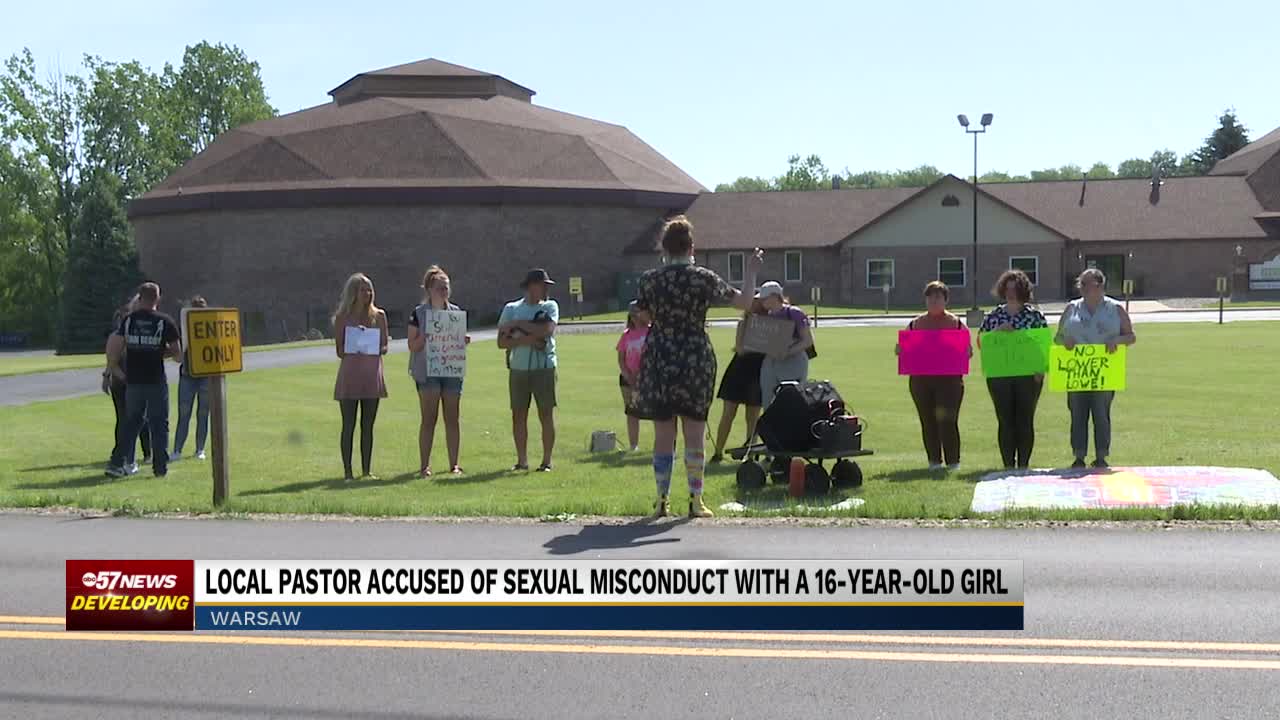 WARSAW, Ind. — Residents of Warsaw gathered outside New Life Church this morning to protest. It comes after former pastor John Lowe admitted he had sex decades ago with a female church member when she was 16.

There have been further accusations of sexual misconduct by members of the congregation since the alleged victim first spoke out.

Community members protested in hopes that the district attorney’s office would consider filing charges against Lowe. Additionally, protesters say they won’t give up the fight until New Life is shut down for good.

“This church needs to be dissolved,” Zoie Lamar told protesters. “It must be closed.

Dozens of members of the Warsaw community took out their posters on Sunday morning to protest New Life Christian Church after former pastor John Lowe admitted to having sex with a female member of the church there. more than two decades. The alleged victim was 16 when the relationship began.

Lowe has resigned from his position and his involvement with New Life, but protesters say that is not enough with the number of people who have come forward alleging they too were victims.

“Every hour, I mean, I get a message from someone else coming forward for being abused by this church itself,” Lamar told protesters. “This will continue until they shut it down.”

Mikaela Whitfield joined the protest and held a poster that read ‘Protect the Children’. She hopes that action will be taken against the Church. She says she wants to prevent children from experiencing sexual misconduct, as she claims.

“I was a child; five six. When I grew up, it stopped,” Makaela Whitfield says. “I dealt with it silently. I was afraid to go out. I was afraid no one would believe me.”

A former church member says that after learning the alleged victim was 16 when the sexual misconduct began, she realized she had unknowingly put her daughter into the dangerous hands of the ‘church.

“It’s the same age she was when we went here,” Melissa Holstein says of her daughter, Lena. “As a parent, you want to do the right thing, you want your kids to go to church and do the typical American family thing, and then you know you’re putting your kid at risk.”

Whitfield tells me that with the support of protesters and others telling their stories, they will continue to speak out against New Life until justice is served for the growing number of people claiming to have been sexually abused.

“They say they will give him advice. Where is my advice? Where is the care I need? Why is it about him? He’s not the victim,” says Whitfield. “I don’t get support from some of my own family members, so for strangers to be there for me, supporting me and helping me stand up for the truth, that means very much. And it really just heals my inner child and brings her the justice she deserves.

The Kosciusko County District Attorney’s Office confirmed there was an ongoing sexual misconduct investigation, but no charges have been filed at this time.

Pope Francis raises 2 Indians to the rank of cardinal; The Christian community salutes a “great honor”