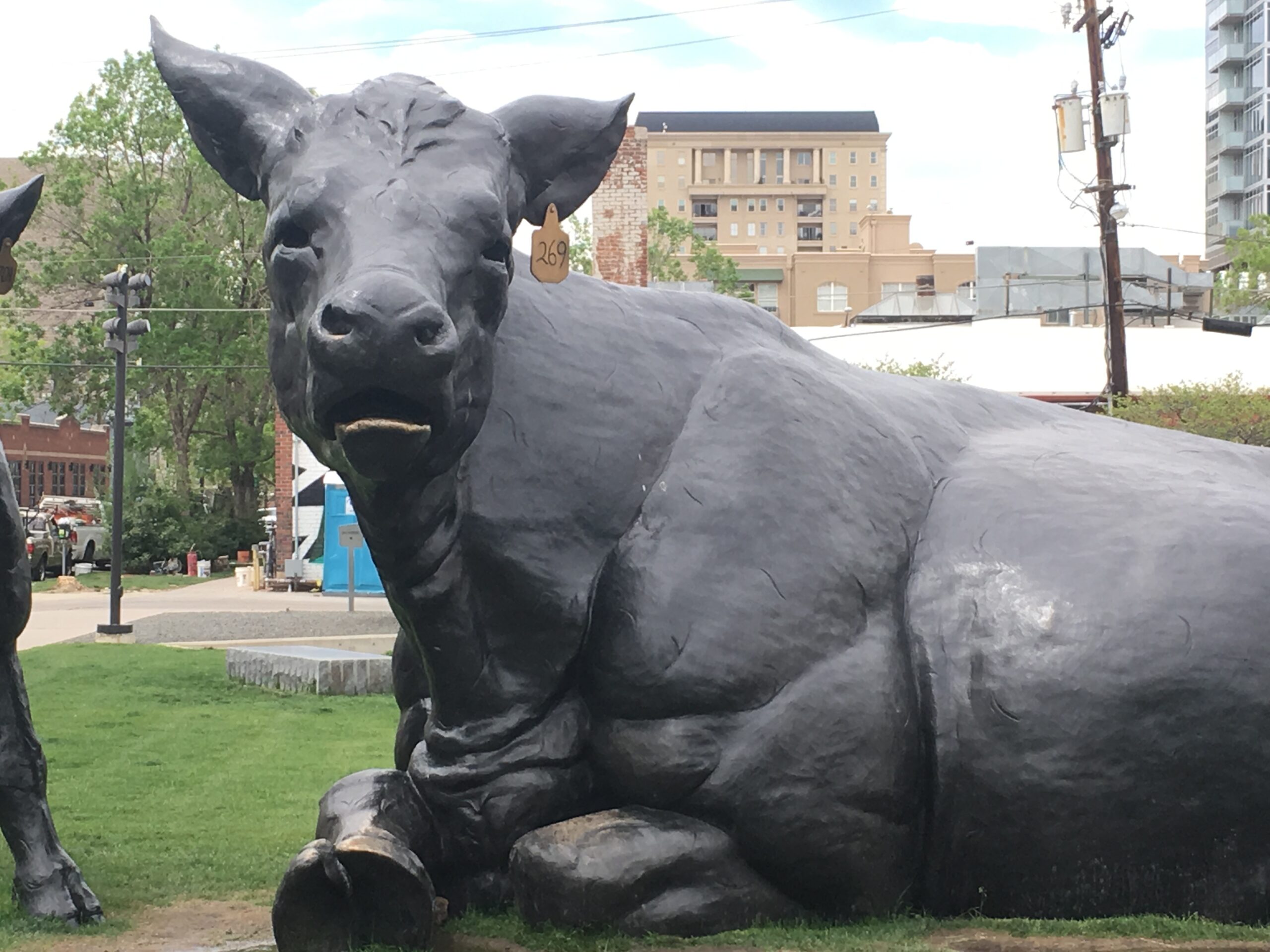 Passover, Ramadan and Lent have all come to an end in the last few weeks and I found myself thinking about the weirdest thing: a cow.

When I was about 5 years old, a life-size statue of a cow appeared in our neighbor’s front yard. The Hereford was a silent sentinel on Academy Street in Galesburg and left many perplexed.

Where is he from? Why was it there? And what was its meaning?

It was the subject of neighborhood discussions. The adults felt the need to weigh in on the inadequacy of the bovine structure.

When I was walking to school, I would just pass the creature and stop with friends to look at it. Our little hands would caress its plastic side.

One day after school, I asked my mother, “Why is there a cow in front of Davey’s house?”

My mother remained silent and contemplative for a moment. She said: “Davey’s family is of a different religion than ours. They are Jews. The cow must be part of their religion. But don’t tell Davey about it.

Of course I did.

“Davey, do you have a cow in your yard because you’re Jewish?” »

He gave me a puzzled look and said, “No, my dad is from the Jaycees and his friends at the club thought it would be fun planting a cow in our yard.”

My 5 year old curiosity was quenched and I went on with my day with an answer to my question. I would no longer be confused by the mistaken idea that cattle statuary had anything to do with modern Judaism.

How did my mom get the crazy idea that the cow was some kind of theological statement? Is beyond me. But his mistake is all too common in our society. Too often we make assumptions about those who somehow identify differently from us.

It is a tedious but all too common exercise.

For example, when I was a student, my roommate was African American. We both had pictures of our nieces on our desks. Inevitably, when a white person walked into our room, they would see the picture on their desk and say, “Oh my god, he has a kid.

Strangely, no one ever asked my roommate the identity of the person in the photo or assumed the picture on my desk was someone other than my niece.

They made a judgment about him based on a difference – in this case, race – rather than facts. The false narrative hasn’t served anyone particularly well — especially if we’re interested in mending divides — rather than widening them.

I dont drink. It is not a religious choice.

Wouldn’t it have been better if someone just asked my roommate, “Hey, Danny, who’s in that picture?”

I am 57 years old. I have never tasted alcohol. And for decades, I’ve accepted people making assumptions about why. The most common thought expressed: “Scott doesn’t drink because it’s against his religion.”

No. I am a Christian who recognizes that Jesus drank wine to celebrate, hydrate and commemorate. I don’t drink because I had an alcoholic grandparent and never saw this very appealing custom. But to each his own.

Last year, my wife and I took a vacation to a country where the state religion is Islam. A well-meaning friend, who watches Fox News a lot, pulled me aside and begged us not to go. She said Muslims hate Americans and our lives would be in danger.

Despite her desperate pleas, we made the trip and found ourselves treated with kindness and hospitality. When we saw customs different from ours, we did not make assumptions. I was making small talk and just asking.

I learned a lot not only by asking questions but by observing. For example, I saw a couple who appeared to be Iranian and on their honeymoon. The woman wore a black chador, a coat that extends from head to toe.

For someone of my generation, the suit inevitably evokes memories of thousands of angry protesters outside the US Embassy in Tehran shouting “Death to America.” But I saw neither anger nor hatred.

In fact, it was fun to watch her flirt with her fiancé like newlyweds around the world. And when a wind blew in from the ocean, she stretched out and let the cool breeze fill her chador like a child would.

It would be easy to focus on the differences between our two cultures. But this small act served as a reminder of our common humanity.

The Christian community has reservations on the site of the PTI rally in Sialkot: CM – Pakistan