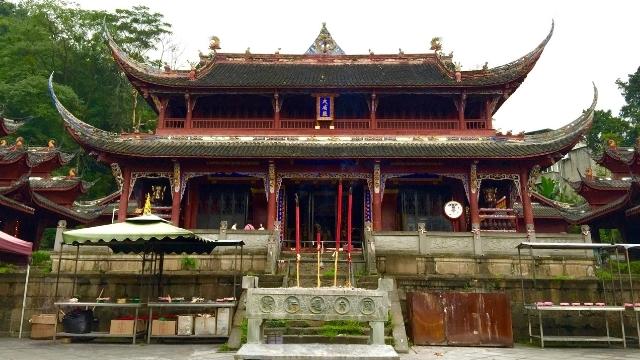 “Atheism” or religion? 1. Is there a religion in China?

Confucianism is now presented in China as non-religious and as an early form of atheism. To address the issue, we should first ask ourselves what “religion” means in this discussion.

Bitter Winter reported on the new 2022 national campaign to promote atheism in China, which follows the guidance of President Xi Jinping himself at the December 2021 National Religious Affairs Work Conference. this campaign is a book by Professor Li Shen, titled “The Principles of Scientific Atheism”. An interesting feature of Li’s book is that it presents atheism as a Chinese invention. While he admits that for “scientific” atheism the world had to wait for Marxism, he claims that the Chinese Confucians had already taught an “advanced form of atheism” some 2,300 years before Karl Marx (1818-1883). Li is both vice president of the Chinese Atheism Society and a member of the academic committee of the International Confucian Federation. Obviously, he considers atheism and Confucianism to be compatible, if not exactly one and the same.

These claims have led several readers of Bitter Winter to write and inquire about the relationship between Confucianism, atheism, and religion. This is an important topic because it is central to Xi Jinping’s assertion that “China’s excellent culture” is inherently non-religious. I intended to write about this since, on September 2, 2021, Father Joseph Shih (1926-2021) passed away at the age of 95. Shi, a Jesuit who taught at the Gregorian University in Rome for 35 years, was my first Chinese mentor when I studied there in the 1970s. Among other things, he taught a course on Confucianism, where all the essential questions have been asked and answered, although more recent studies have provided new elements.

As Australian scholar Tony Swain wrote in his helpful book “Confucianism in China: An Introduction” (London: Bloomsbury, 2017), answering the question of whether Confucianism is a religion is “a fiendishly tricky business.” (p. 11). Canadian comparative religion scholar Wilfred Cantwell Smith (1916-2000) called it “a question the West has never been able to answer, and China has never been able to ask.” (“The Meaning and End of Religion: A New Approach to Religion Traditions of Mankind,” New York: Macmillan, 1963, p. 86). Smith wrote these words in 1963. Today, Xi Jinping’s campaigners for atheism believe they have grasped both the question and the answer, but even in Xi’s China, others are allowed to disagree. .

The question is so delicate because “religion” and “Confucianism” are difficult to define. In 1997, the European Union sponsored an interdisciplinary study on the notion of religion in its member states. I was one of the researchers involved in the project, the results of which were published in 1999 in a volume edited by Dutch researchers Jan G. Platvoet and Arie L. Molendijk, The pragmatics of defining religion: contexts, concepts and contests (Leiden: Brill). Although the book received positive reviews, our findings were that academics and courts in different countries within the European Union, as well as outside of them, used a variety of different definitions of religion.

On the other hand, our study has not left us, and our European Union sponsors, only with the “I know it when I see it” option, the one Judge Potter Stewart (1915-1985) gave adopted in its approach to pornography. In fact, we arrived at common conclusions or, to be more precise, we recognized that there were general conclusions widely shared within the international community of scholars of religion, despite their differences.

American historian Jonathan Z. Smith (1938-2017; in Imagining Religion: From Babylon to JonestownChicago: University of Chicago Press, 1982) reminded us that before the 18and century, very few people bothered to define religion. According to Saudi anthropologist Talal Asad, this was because before the Enlightenment there was no notion of religion’s “Siamese twin”, secularism (“Reading a Modern Classic: WC Smith’s ‘The Meaning and End of Religion'”, in Religion and mediaedited by Hent de Vries and Samuel Weber, Stanford, CA: Stanford University Press, 2002, 131–48 [146]). To understand and define a term, humans normally refer to its opposite. To know what “hot” means, we must have a notion of “cold”. Similarly, argue JZ Smith and Asad, Europeans began to wonder what “religion” was when they were confronted with religion’s antagonist, secularism, which barely existed before the 18and century.

Those who participated in the 1997 European Union Project, and most other scholars who have debated the issue, agree that a religion should include three elements: 1) an organized community; 2) practices unique to that community; 3) a notion of “ultimate reality” (as the German-American philosopher and theologian Paul Tillich [1886–1965] called), or something similar, with which the community engages through its practices. This “ultimate reality” must not be conceived as purely material or as being capable of being apprehended by purely scientific methods.

The first and second elements are necessary but not sufficient. Chess players form a sufficiently organized community whose practices may seem obscure to those who do not play chess. However, these practices do not relate them to an “ultimate reality”.

The third element is also necessary but not sufficient. History is full of philosophers who have written books about their own concept of “ultimate reality” or even about God but have not offered any practice to get in touch with these supreme realities, nor bothered to create a community.

Of course, it is the third element which is the most difficult to define. But not impossible. Most Western scholars today would use “ultimate reality” or similar concepts, rather than “God” or “gods”. This is a by-product of a long debate on Buddhism, especially in its early Theravada version. Few people seriously doubt that Buddhism is a religion, but it can be argued with good reason that in (most schools of) Theravada Buddhism there is neither God nor gods.

The West itself had no clear notion of religion until the Enlightenment, but in China a corresponding word for “religion” never existed until the late 19and century, when it was created in conversation with Christian missionaries. The word thus coined, “zongjiao” (宗教), or “the teachings of a sect”, never convinced the majority of Chinese. The problem thus created is not purely theoretical. It is eminently political since it allows the CCP to claim that the peculiarity of Chinese culture was that, unlike its Western or Indian counterparts, it has always been non-religious. This is an intellectual fraud, perpetrated by creating confusion between the absence of a word for “religion” and an alleged absence of religion.

In polls, 94% of Chinese say they don’t follow a “zongjiao,” which means they’re not members of an organized religious institution, but that doesn’t mean they’re all atheists. Asked in other surveys, a substantial portion of the Chinese respond that they believe in astrology, divination, and other practices that a scholar would describe as “religious,” and many of those who say they are not followers of ‘zongjiao’ nonetheless visit temples.

As Canadian scholar David Palmer has noted, China has always been “religious,” but several intellectual movements have proudly asserted that it is not. “What is ‘exceptional’, concludes Palmer, ‘is not Chinese religion, but the intellectual discourses which have succeeded in obscuring the fact that, as in all human societies, Chinese culture has always included the constituent elements universals of religion” (“Is China’s (lack of) religion exceptional?” in Ryan G. Hornbeck, Justin L. Barrett and Madeleine Kang, eds., Religious Cognition in China: “Homo Religiosus” and the Dragon, Cham, Switzerland: Springer, p. 17–34).

In addressing the question of whether Confucianism is a religion, we must first overcome misunderstandings regarding a supposedly non-religious Chinese culture and the “zongjiao” world. Our troubles would only begin, however. We must also ask ourselves if “Confucianism” exists.