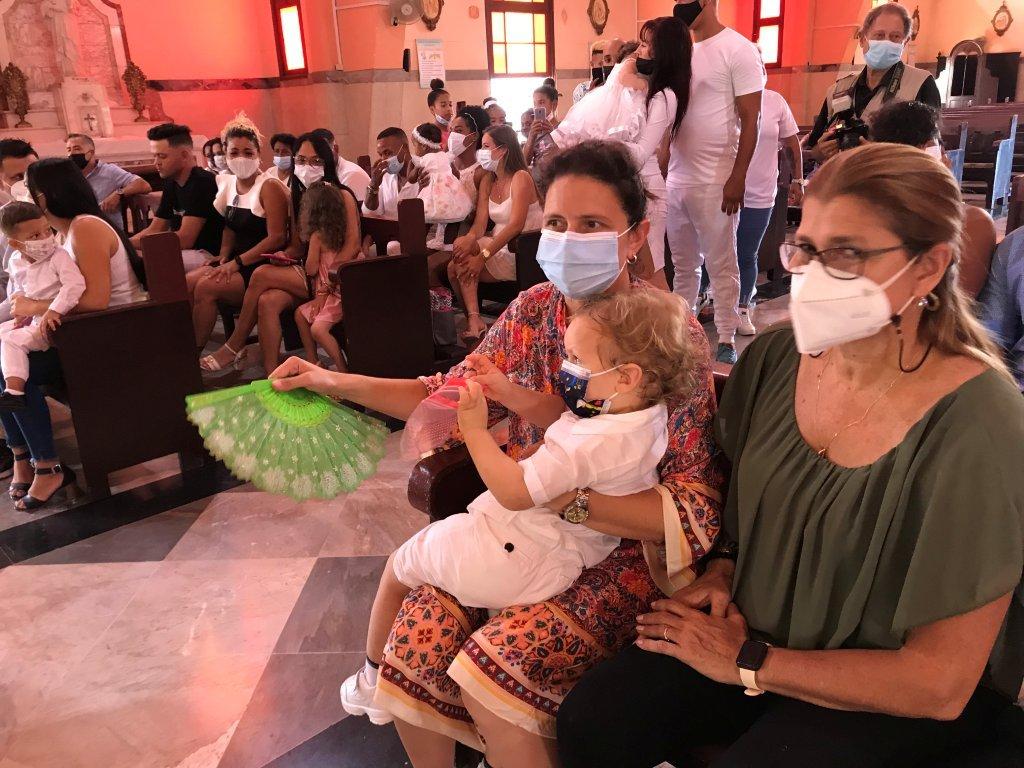 HAVANA TIMES — A baptism involves getting rid of original sin, but I wonder what sin could a little one who comes into the world with a clean slate have?

Well, no, every creature already arrives in this place with the vibrations it has picked up through its parents, and in some way will emerge. That’s what I think.

However, in scholastic theology, the disobedience of Adam and Eve was called original sin, which founded humanity, tearing itself away from certain gifts such as immortality, then there would be the will which would succumb to the passions, the intellect to error.

Thus, the fallen nature (natura lapsea), is transmitted to each of those who are born, after the expulsion from Eden. Thus, with baptism, man is returned to God.

I read this. It is not my interest to discuss such a complex subject, everyone can do their own research.

I attended several collective baptisms, but I had never been to the Church of San Agustín, located on Avenida 35, between streets 42 and 44, in the municipality of Playa.

It has a simple design, with parabolic arches and stained glass windows, although inside it lacks the rich ornamentation of other parish churches.

The downside is its steep and long access stairs, which can be dangerous for people with weak legs.

I would like to tell you that the baptism ceremony is very beautiful, it consists of the Liturgy of the Word, Prayer of the faithful (praying for those who are going to be baptized), oil of the catechumens, water, chrism, white robe, Candles of Easter.

It must be clear who is chosen as godfather and godmother of a child. Many people select them with financial aid in mind only. But the main thing is that both are Christians and spiritually guide the child.

The priest caught my attention, a nice and modern young man. The liturgy came out of his mouth naturally, without fanfare.

It is said that her charm drives the pious women of the community mad. God forgive his impure thoughts! Because Catholic priests take a vow of chastity.

It was interesting to learn about the oil of catechumens, an oil that was smeared on the bodies of gladiators before combat.

It usually goes on the chest, but I have observed it being anointed on the heads of children. This action is so that evil cannot catch them.

As for the Water, it is to purify from original sin, it is poured three times on the head, while saying the sentence, I baptize you in the name of the Father, of the Son and of the Holy Spirit.

The cleric also spoke of its multiple meanings, which are purity, the vital liquid and the engine of earthly life.

Interfaith Trolley offers a tour of religion in America