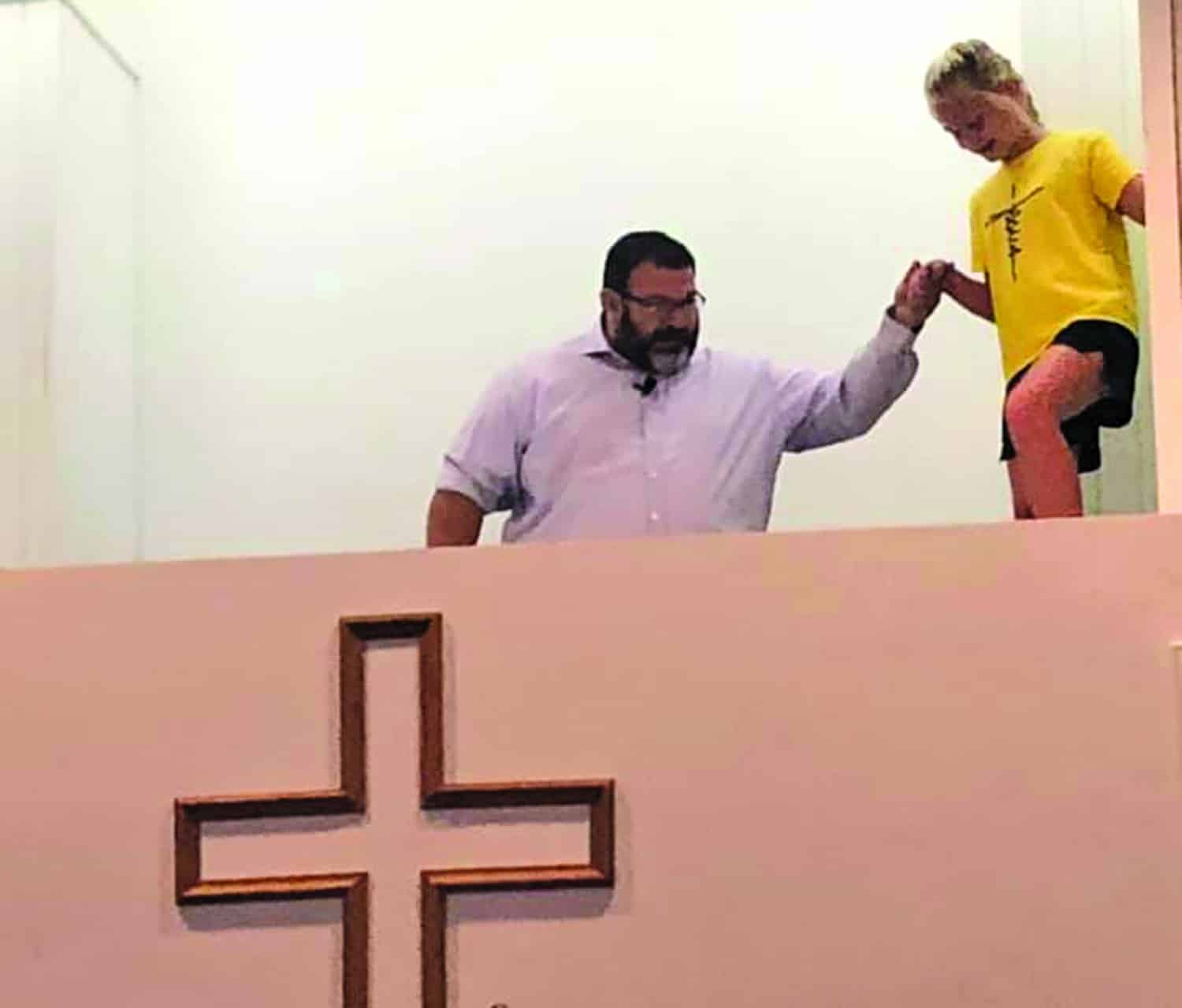 FBC Basil sees baptisms, growing up in the midst of trials

By Brian Blackwell, editor of the Baptist Message

BASILE, La. (LBM) — Multiple disasters in recent years might have discouraged members of First Baptist Church, Basil, but instead the congregation remained steadfast, according to the pastor.

“It’s been an incredible resilience in this church to come together and be a blessing to the community,” Pastor Mike Fontenot told The Baptist Message. “We have seen others outside our church join us as we rebuild each time we face tragedy. It’s a beautiful thing to see people respond with loyalty.

The dedication of the church, he said, has resulted in 12 professions of faith and 10 baptisms in the past six months.

But through each disaster, the church has remained faithful and seen God provide gifts to cover the cost of rebuilding.

Fontenot and his wife, Jessica, who is also an administrative assistant/human resources specialist with the Louisiana Baptist Convention State Missions Services staff, revamped the youth group last summer to include a Bible study weekly / a time of communion. Attendance then increased from five to 18, from May to September. When the group attended the annual Youth Evangelism Celebration in November, five young people from FBC Basil accepted Christ, and most of these new believers have since been baptized.

Additionally, donations have remained consistent during COVID-19 and members have continued to build relationships with their community through the food pantry they operate once a month and a men’s Bible study that encompasses FBC Basil, a black church and a catholic church.

Fontenot believes that God is only beginning the spiritual renewal that has taken place within his congregation.

On March 6, the church began a 40-day prayer and fasting focus that ended on the Thursday before Good Friday.

He said the effort reinforces the direction of the church since becoming a pastor: “believe, belong, become,” based on Acts 2.

“We hope to see people hearing the gospel, believing the gospel and becoming disciples,” Fontenot said. “During these 40 days, we seek God and want to give him more attention in order to hear him and serve him more. We can’t wait to see what God will put new and fresh in our hearts in this new season. »