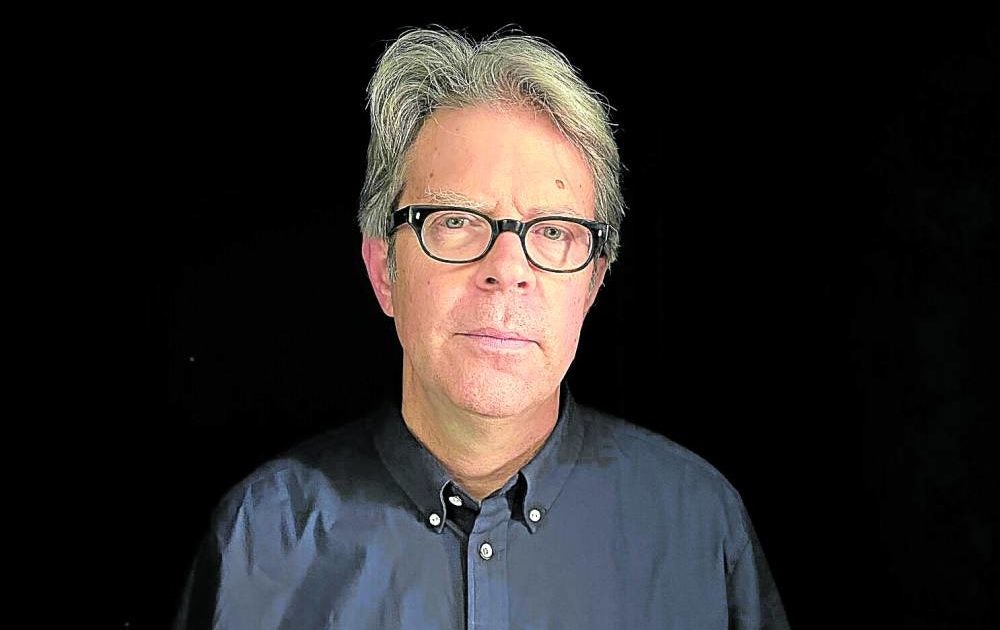 Among today’s readers’ favorite writers, or so I’d like to think, along with Asian authors writing in English, is Jonathan Franzen. He was called a “great American novelist” by Time, and this dispute with Oprah only added to his popularity or notoriety.

Franzen is a generation younger than John Irving, but we can detect some fundamental similarities and possible influences: a clinical look at sex, an understanding of human frailty, a skillful way of telling complicated relationships and writing about families. functional or dysfunctional, and an unfailing look at contemporary American society.

After two minor novels, Franzen hit the big time with “The Corrections,” published in 2001, about a repressed middle-aged woman who finally decides to stand up to her troubled husband. Critics were impressed. Franzen continued with “Freedom” (too much freedom among Americans); and “Purity” (which swept through communist East Germany).

It’s 1971, a harsh winter’s day in Chicago. Manual typewriters are still used. There is no internet yet, no social networks. The Vietnam War is still raging but things go against the Americans who seem to be retreating. Names dropped include (the murdered) Reverend Martin King, Dylan Thomas and Peter, Paul and Mary; and a few rock stars whose names I don’t know, even though it’s my era.

The focus is on Russ Hildebrandt, associate pastor of the First Reformed Church, his wife Marion and their four children: Clem, Becky, Perry and Judson, the youngest, an adorable child and the only one in the family without complex.

There are the other members of the tight-knit church community with whom the Hildebrandts come into contact, in friendship, in love or in conflict. And then there is the Navajo community, befriended by liberal pastor Hildebrandt; unbeknownst to him, there are also tensions in the Native American camp over divisive environmental issues.

Flashbacks shed light on the often gripping background stories of each member of the Hildebrandt family.

Russ and Marion have been married for 25 years now, Marion being a devoted wife and a good mother. However, she grows bigger over the years and Russ loses interest in her.

He is attracted to Frances Cotrell, a flirtatious divorcee who is open to having a new lover, regardless of whether he is a married pastor.

We learn that Marion had a difficult childhood, her father committed suicide and she was forced into a loveless marriage. When she meets Bradley Grant, a captivating (married) car salesman who writes her love sonnets, she apes him, upsets his family, has a nervous breakdown and ends up in a sanatorium.

Marion marries Russ on the rebound and becomes, as we have seen, a faithful wife and a model mother. “I kept my mind closed for 25 years,” she told her psychiatrist. But when she learns of her husband’s relationship with Mrs. Cotrell, she vents her fury on him.

There is hatred between Russ and Rick Ambrose, a younger, hipper pastor who clicks with members of Crossroads, the church’s youth community from which the novel’s title is derived. Young people idolize Rick but view Russ as old, outdated, and a real square.

Oldest son Clem has a torrid affair with Sharon, a classmate at Indiana University, but breaks her heart. He is guilt-ridden, disturbed by the close (platonic) bond with his sister Becky, and angry at his father for treating his mother “like garbage”.

Clem rebels and decides to enlist in the Vietnam War, much to the chagrin of his father, who considers the war “immoral”.

Sister Becky fixes her cap for Tanner Evans, a charismatic guitarist in a rock band within the church community. This puts her on a collision course with bitchy singer Laura Dabronsky, Tanner’s lover. But it turns out he likes Becky more.

Teenaged Perry is the genius of the family, super smart but a pothead at school who sells drugs to his classmates. Confronted for his wild ways by his sister Becky, during a truth session within Crossroads, he decides to do better. But his demons get the better of him and, betrayed by his fellow pushers, Perry goes on a rampage and commits arson.

Franzen shifts the consciousness of each family member from chapter to chapter, and he has a knack for building suspense at the end of each chapter. With “Crossroads”, it now has four masterpieces or near-masterpieces. Not a bad score. Faulkner and Hemingway achieved lasting fame with roughly the same number of major novels. —INQ contributor