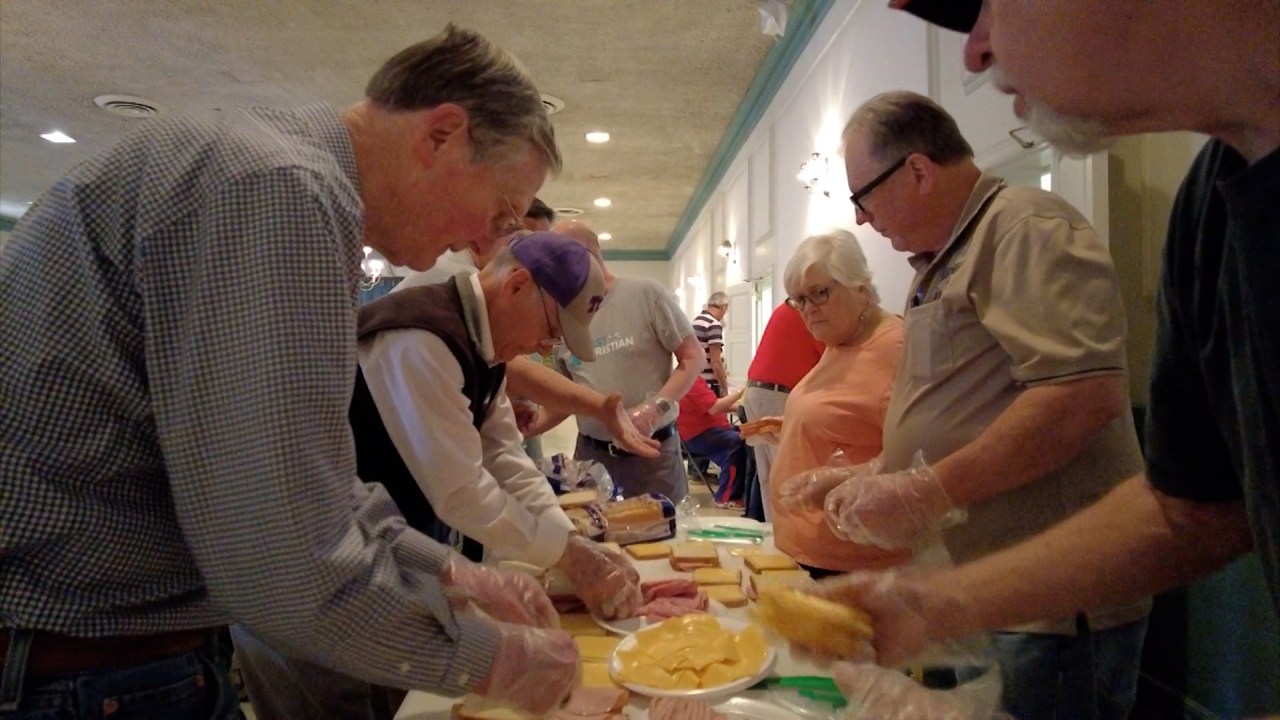 WICHITA FALLS (KFDX/KJTL) — One by one, church members worked like a well-oiled machine making take-out sandwiches in Jacksboro after it was recently hit by a tornado that caused havoc across the city.

“So our meals are going to be a packet of sandwiches with sandwich, chips, fruit, bottle of water and a little dessert, and condiments, napkins and that kind of stuff,” said Pastor Mark of the First Christian Church of Wichita Falls. Bender said.

Bender says they were originally going to make 600 sandwiches, but after a few other churches stepped in, they’re making about 150.

“Our community knows what it’s like to deal with tornado damage and for our people they just hear that kind of need no matter where it is and say we want to respond and we started the call Wednesday afternoon to make it happen and within 15 minutes we were overwhelmed with volunteers and donations to make it happen,” Bender said.

Bender says he hopes other organizations see this act of kindness and follow suit.

“We would love to see others participate. It’s one of those things where we’re looking for guidance from the people on the ground on how best to respond. Not only to overwhelm them but to respond to needs as they make us aware. This is how we will react and we hope others will do the same,” Bender said.

He says seeing so many volunteers show up says a lot about the Wichita Falls community.

“Our people have had this kind of desire to be on the outside in our influence. Just to say, to represent Jesus Christ to the world through tangible acts like this,” Bender said.

A tangible act that could mean more than just a sandwich for some families who have absolutely nothing left.

The curtain has been pierced; you must seek God | Religion