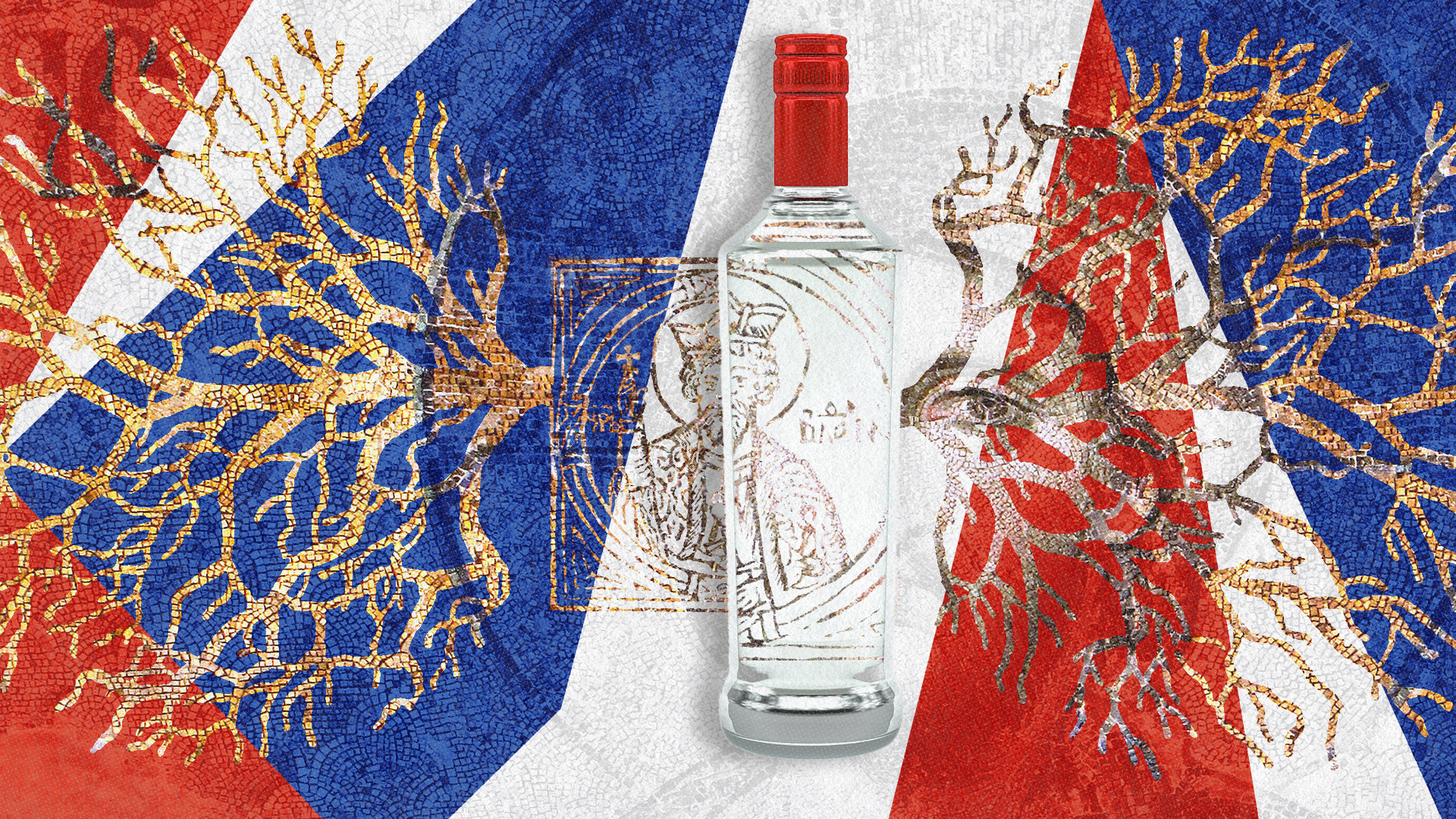 Our first hint that the Russo-Ukrainian war might have an ancient and complicated backstory comes with the discovery that the first Russian state, indeed the first Ukrainian state, was not founded in modern Russia. It was founded in kyiv in the 9th century. Since then, the two countries, which are sometimes the same country, have been locked in a seemingly endless love-hate relationship. Where Zelensky wants Ukrainian independence, Soviet loyalists Nikita Khrushchev and Leonid Brezhnev, both Ukrainians, viewed such a thought as betrayal.

But this ancient and complicated story goes far beyond a centuries-old dysfunctional relationship. Unlike the linear histories of Western nations, the histories of Russia and Ukraine are cyclical, where, to paraphrase the novelist Leon Uris, there is no future, only the past repeats itself. This is not the kind of past you want to repeat: conquest, occupation, enslavement, conquest again, state famines, genocide, collectivization, purges, fascism, genocide again, communism, nuclear catastrophe – these countries have them all lived.

And it was in kyiv, more than a millennium ago, that the tragic course was charted.

It was there in 988, a date long considered by historians to be one of the most fateful in Eastern European history, that Vladimir, Prince of Kievan Rus, gave his people a religious makeover. . Paganism was becoming obsolete among the civilized peoples of Europe, and Kievan Russia, pagan at heart, wanted to modernize. According to The Primary Chroniclethe oldest indigenous historical source in Russia, Prince Vladimir received emissaries from the main religious options then available.

First came the “Bulgarians of Muslim faith”, who told him of their religious practices and that upon death every man would receive “the complete fulfillment of his carnal desires”. This included “seventy blonde women”. The story goes that “Vladimir listened to them, for he loved women and indulgence…” Their religion was in contention until they told Vladimir that as a member of that faith he would not be allowed to drink alcohol. Speaking like a true Russian, his response was emphatic:

“Drinking is the joy of Russians!”

Next come “the Germans, claiming that they came as emissaries of the Pope”. Catholicism is treated only briefly in the the Chronicle. Vladimir rejected this faith for reasons very similar to his rejection of Islam: his appetites. These Germans told him that he had to fast from time to time. Vladimir responded with a definitive not yet“Get out of here; our fathers did not accept such a principle.

Judaism, however, receives further discussion, and, in a theme that would plague Russian-Ukrainian history, it is not without anti-Semitism:

“The Jewish Khazars heard about these missions and came themselves saying, ‘We heard that Bulgarians and Christians came here to instruct you in their religions. Christians believe in Him whom we have crucified…’”

This time, it is circumcision that “displeases” him and the absence of a homeland: “If God loved you, you and your faith, you would not be thus dispersed in foreign countries. Do you expect us to accept this fate as well?

Zero for three, a humble Greek scholar from Constantinople was all that was left. He was quick to attack the sales pitches of his predecessors. He first targeted Roman Catholics. Although these events occurred more than half a century before “The Great Schism” (1054) which split the church into Roman and Greek factions, hints of the breach were already present. (It’s probably because the the Chronicle was written after the Schism.)

When explaining the Sacrament of Communion to Vladimir, this Greek scholar said that the Romans did it wrong because they used “wafers”. It is doubtful that Vladimir was too preoccupied with such details since he had already rejected Catholicism on the basis of what they does not have to eat. As for Muslims, he said they “were accursed above all men” for their “vile” practices “which out of modesty cannot be written down”. As one might expect, anti-Semitism reappears and the Greeks reject the Jews as the assassins of the prophets and of Jesus.

All that remained was the religion he had come to represent: Greek Orthodoxy. In a long speech, the Greek explained the history of the world from creation to the crucifixion of Jesus Christ. Impressed, Vladimir sent emissaries to Constantinople to assess the Greek faith and verify the veracity of these claims. There they saw Emperor Justinian’s marvel, Hagia Sophia. It was long before the Ottomans ransacked it. Russia had no equivalent. Nobody did. They were naturally impressed by what they saw there. Reporting to Prince Vladimir, they said:

“We didn’t know if we were in heaven or on earth…. We only know that God dwells there among men.

Whatever Vladimir’s reservations evaporated with the discovery that drinking alcohol was permitted and circumcision was not required. vladimir knew it was religion for him, and he was soon afterwards baptized. Arguably, Vladimir understood the Christian ethic he ostensibly espoused given that he ordered his subjects, on pain of death, to also be baptized. But he made many converts that way. And so, on the whims and carnal appetites of a prince, Kievan Rus – that is, Russia and Ukraine – the course of disaster was drawn, reverberating through the centuries to our time .

The Adoption of Greek Orthodoxy Separated Russia Forever and Ukraine, two European countries, from the western world culturally and linguistically. It was through the Latin (i.e. Catholic) West that cultural transformation came. Therefore, they never experienced the seismic shifts of the Renaissance, Reformation, Enlightenment, Scientific Revolution, and Industrial Revolution, all epochs that defined the West and Western thought. And, while the zeitgeist of all cultures is equal, it is unacceptable to say now, it has served to catapult the West ahead of the rest of the world technologically, militarily and politically.

In the 20th century, Russia and Ukraine were a good two centuries behind the West. The first rumblings of the Industrial Revolution were first heard in England in the 1740s. They would not be heard in Russia or Ukraine until the first of the Five Year Plans in 1928. Indeed, with the adoption of the Gregorian calendar which will not occur until February 1918, more than 300 years after its development and adoption by most Western countries. In Europe, these countries were thirteen days behind the West before abandoning the Julian calendar. Thus, the much-celebrated “October Revolution” of 1917 did not take place in October at all.

The upshot of all this is that Greek Orthodoxy as practiced by Russians and Ukrainians, who never really gave up their paganism, has a history of xenophobia, anti-Semitism and otherworldly in the extreme. . All religions are, by definition, from another world. But Christianity in the West – both Catholicism and Protestantism – taught man’s dominance over nature and his earthly mission to subjugate it, thus giving rise to science, capitalism and democracy. Russian orthodoxy produced their antithesis.

Russian orthodoxy did not even serve as an effective ideological bulwark against barbarism. The Mongols galloped across the Russian and Ukrainian steppes in 1241. They brutalized and ruled these peoples for two hundred years, firmly establishing in the minds of Russians and Ukrainians a style of governance that never went away, casting a dark shadow over not just their past, but their present, and quite possibly their future.

In his book A popular tragedy, Cambridge historian Orlando Figes makes a profound observation regarding the communist (think socialist) takeover in Russia. He states that the triumph of Marxism (think socialism) in 1917 in Russia can largely be attributed to the fact that there were no viable competing ideologies. Marxism was indeed unleashed in an ideological vacuum. When Bolshevism (think socialism) was injected into the body politic, the disease spread with little resistance. Marxism had no such monopoly in the West where it was the object of harsh criticism from free people in an uncensored press.

This reflects poorly on the Orthodox Church of the time. Having become married to the autocratic Tsarist regime, the role of the Church was largely one of ceremony and preservation of the status quo. Count Sergei Witte, once prime minister and modernizer of Russia, wrote on the eve of the Bolshevik Revolution:

Looking to the long-term future, then, in my opinion, the greatest danger facing Russia comes from the sad state of the Orthodox Church and the decline of the genuine religious spirit… Without a truly Church alive to give [spiritual ideals] expression, religion becomes philosophy and is incapable of influencing life. Without religion, the masses turn into beasts, worse than four-legged beasts because humans possess intelligence. Our church has turned into a dead, bureaucratic institution, and its services are conducted not to celebrate the God of heaven, but the earthly gods. Orthodoxy has become a kind of paganism. Therein lies our greatest danger. We gradually became less Christian.

Western pundits and policy makers continually assume – as they did with Stalin, the Ayatollah, Saddam, Osama bin Laden and now Putin – that we are dealing with like-minded people. This is not the case. Democracy as it is understood in the West is completely alien to Russia and Ukraine, contrary to flattering and flattering portrayals of the latter in Western media.

In his book The Russian tragedy – notice how the “tragedy” appears many in the discussions of these countries? — Hugh Ragsdale, the late historian of Russian history and, not coincidentally, chairman of my master’s examination committee, wrote:

Russians and students of Russia appreciate more readily than others the crucial element of religion in Russian public life, and the Western newcomer to the subject must simply be prepared to contemplate what, according to his own patterns of thought familiar, is almost inconceivable.

To this Prince Vladimir would probably give a warm a – then reject a glass of vodka before devastating another city.

Larry Alex Taunton is a freelance contributing columnist to USA Today, Fox News, First Things, The Atlantic, The New York Post, CNN, Daily Caller and The American Spectator. He is also the author of The Gospel Coalition Arts & Culture Book of the Year. The Faith of Christopher Hitchensand the recently published Around the World in (Over) 80 Days: Discovering What Makes America Great and Why We Must Fight to Save It. You can subscribe to his blog at larryalextaunton.com and find him on Twitter @larrytaunton.

The opinions expressed in this opinion piece are those of the author and do not necessarily represent those of The Daily Wire.