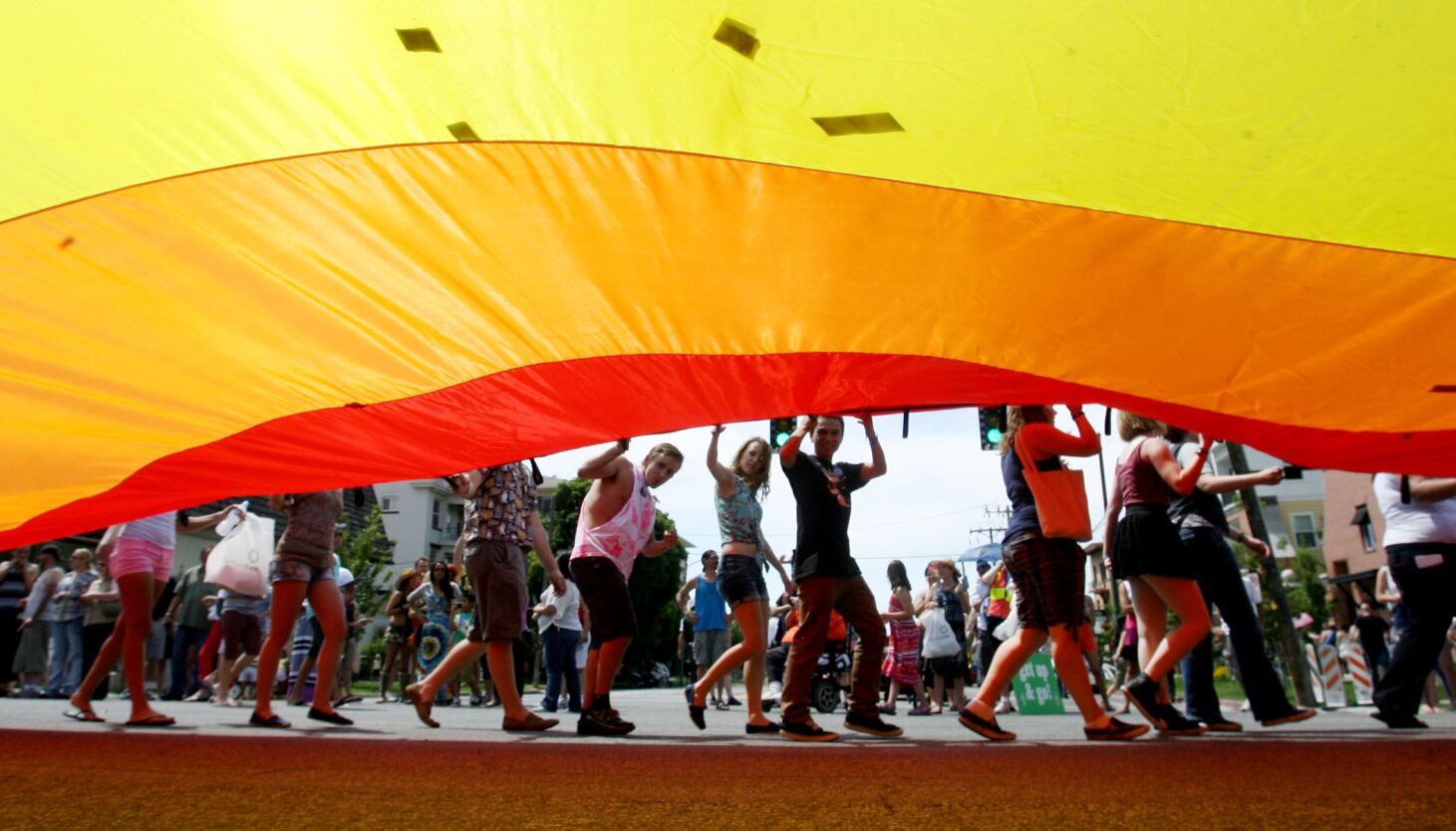 Gay rights and religion: PRRI plans to back bills like the Equality Act

As lawmakers around the country grapple with tensions between gay rights and religious freedom, public support for LGBTQ non-discrimination rules is high and growing, according to a new report from the Public Religion Research Institute.

The Institute’s Atlas of American Values ​​shows that the share of Americans who support laws protecting against anti-LGBTQ discrimination in housing, hiring, and public accommodations has increased by 8 percentage points since 2015, from 71% to 79%.

Large majorities of nearly all major religious, political and racial groups now support legal protections for members of the LGBTQ community, the researchers noted. In many cases, support within faith groups is higher than within the country as a whole.

In terms of geographic regions, western states show the highest levels of support for gay rights laws. Utah, California, Washington and Nevada all make the top 20 if you rank the 50 states based on resident support for LGBTQ discrimination protections, according to additional data provided to the Deseret News.

The new report is based on online interviews conducted during the year 2021 with 22,612 American adults. The national survey’s margin of error is plus or minus 0.8 percentage points.

The Institute’s findings help explain why many Americans, including President Joe Biden, are frustrated with Congress’ failure to expand protections for LGBTQ rights.

In his State of the Union address earlier this month, Biden called on lawmakers to pass the Equality Act, which would add sexual orientation and gender identity to the list of characteristics protected by the law. civil rights law.

“As I said last year, especially to our young transgender Americans, I will always support you…so you can be yourself and reach your God-given potential,” the president said.

Passing the Equality Act, which has passed the Democratic-controlled House of Representatives twice, would indeed respond to Americans’ interest in protecting members of the LGBTQ community. But it would also raise religious freedom issues, which is one of the reasons most Republican lawmakers oppose passing the measure in its current form.

“We don’t oppose equality, but we do oppose legislation where you take away the rights of some and oppose the rights of others,” Sen. James Lankford, R-Okla., said at the a Senate hearing on the Equality Act last year. He and others worry the bill will punish people of faith who oppose same-sex marriage and other gay rights issues because it would limit the application of federal religious freedom protections. .

The Public Religion Research Institute survey addresses the tension between LGBTQ rights and religious freedom with a question about the rights of business owners who, for religious reasons, do not want to serve some gay and lesbian customers. Although most members of the public remain on the side of the LGBTQ community, the results are more mixed for this question than for the question about protections against LGBTQ discrimination which does not include any mention of faith.

“Unlike other issues discussed in this report, opposition to religion-based refusals to serve gay men and lesbians has shown negative and positive fluctuations since 2015,” the researchers noted.

The 2021 Atlas of American Values ​​shows that two-thirds (66%) of American adults oppose small business owners refusing to supply products to gay or lesbian people if it violates their religious beliefs, while 33% favor allowing them to refuse service, the Institute reports.

Support for religious business owners and other people of faith has led some policymakers to champion LGBTQ rights bills that maintain or even expand existing religious accommodations. The Church of Jesus Christ of Latter-day Saints is among the religious institutions that have expressed support for so-called “fairness for all” bills, which seek to balance gay rights and religious rights.

“This bipartisan bill preserves the rights of individuals and communities of faith while protecting the rights of members of the LGBTQ community,” Latter-day Saint leaders of an equity bill said last month. for all offered in Arizona.

A 2015 Utah law banning anti-LGBTQ discrimination in housing and hiring was one of the inspirations for Arizona’s proposal. The “Utah Compromise” created new civil rights protections for members of the LGBTQ community without limiting the ability of conservative religious believers to live by their faith.

The Public Religion Research Institute has previously pointed to the success of the Utah Compromise as a potential reason why so many Utahns support LGBTQ non-discrimination protections despite their opposition to same-sex marriage.

According to data provided to the Deseret News, Utahans (56%) are less likely than average Americans (68%) to be “strongly supportive” or “supportive” of legal marriage for gay and lesbian couples. However, Beehive State residents (83%) are more likely than other Americans (79%) to support LGBTQ non-discrimination rules.