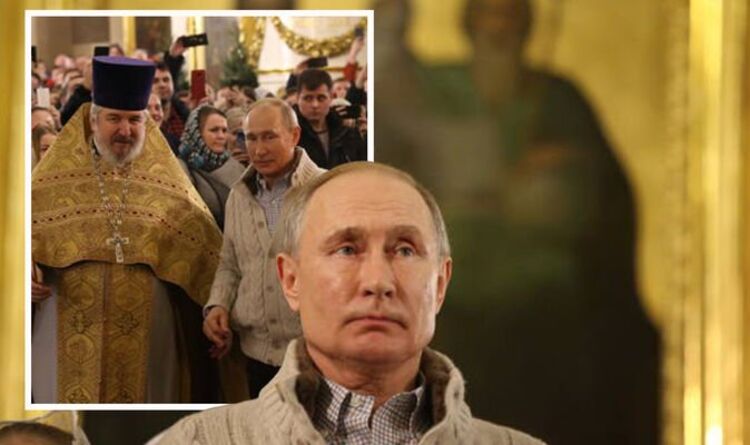 More than two weeks have passed since Russian President Vladimir Putin ordered a full-scale invasion of Ukraine. The Kremlin has justified what it calls a “special military operation” by invoking the demilitarization of its former Soviet neighbor. However, there is now talk that President Putin’s fixation on religion could also influence his mind.

The Russian president was raised by a devout Christian mother and is known to have worn a crucifix around his neck for most of his life.

While President Putin, like most Russians, identifies as a follower of the Orthodox Church, the state is officially secular.

Mark Tooley, president of the Institute on Religion and Democracy wrote in World Magazine that “Russia is a longtime enemy of the West precisely because of its version of Christianity.”

He said: “For centuries, Russian Orthodoxy has considered itself the guardian of the true faith, unlike Western Catholicism and Protestantism.

“Moscow, according to this tradition, is the third Rome, the seat of true Christianity, after Constantinople and the Roman Empire.”

Mr Tooley added that Russian Orthodoxy has almost always been a “cheerleader nationalist subordinate to the state”.

Theological circumstances in Ukraine and Russia become increasingly concerning when one considers that the Ukrainian Orthodox Church was granted autonomy from Russia just three years ago.

He said, “Above all, we should be governed by common sense, but common sense should first be based on moral principles.

“And it is not possible today to separate morality from religious values. I won’t elaborate, because I don’t want to impose my opinions on people who have different points of view.

In a follow-up question, the Russian president was asked if he believed in a “Supreme God”, which he refused to answer.

He added: “There are things that I believe should not, in my position, at least, be shared with the general public for the consumption of all, because that would look like self-publicity or a political striptease.”