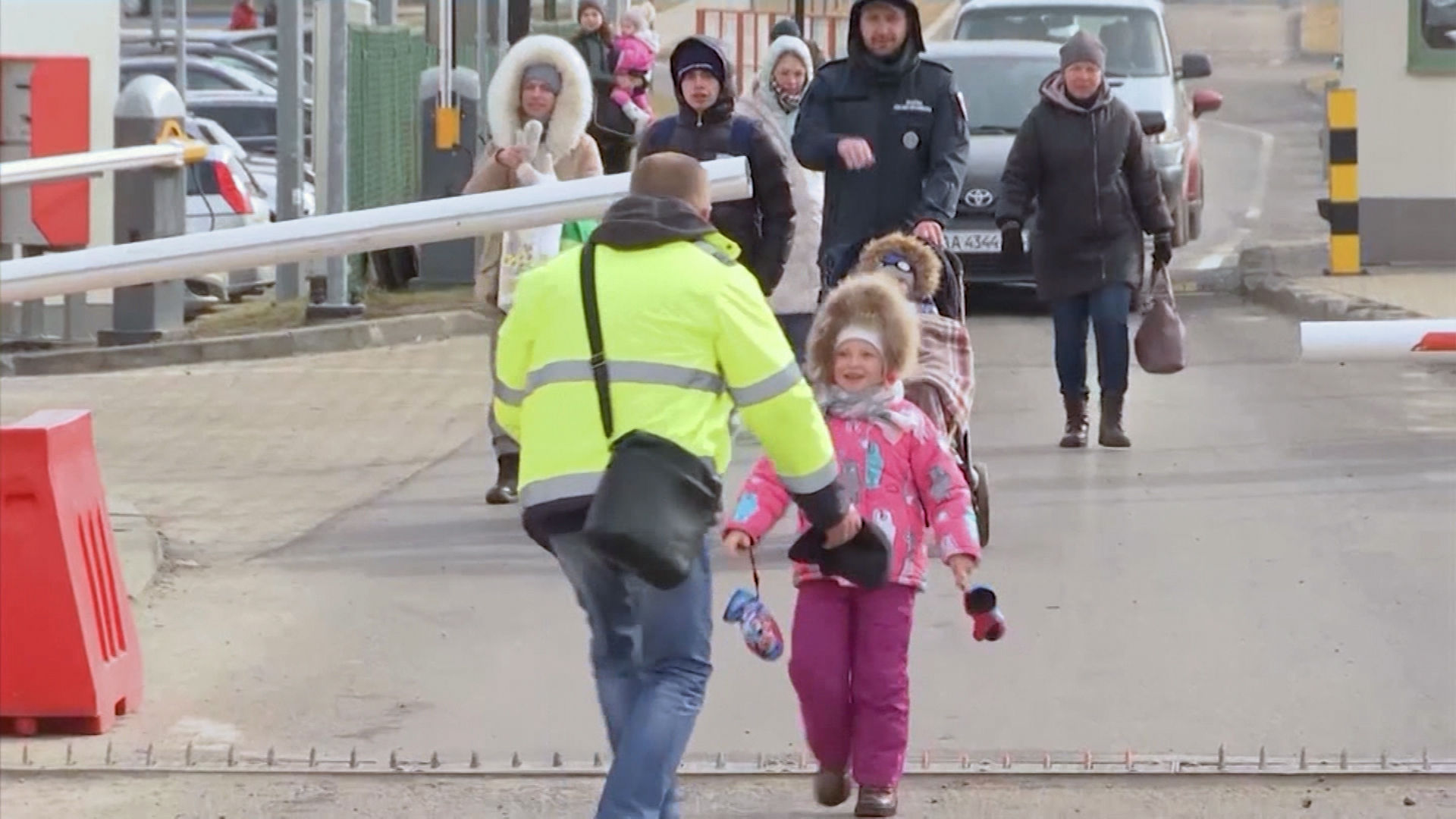 As Hundreds of Thousands of Refugees Flee War-torn Ukraine, Christian Community Steps Up to Help

LVIV, Ukraine – A heartbreaking humanitarian crisis is brewing in western Ukraine where more than 700,000 people have fled to neighboring countries.

As many of them pass through the city of Lviv, the Christians here step in to help, making sacrifices to help these refugees as they escape the Russian invasion.

Some husbands here are forced to say goodbye as their families flee to safety. Pavlo Bilodid saw his wife and two-year-old daughter Maria board a bus in Lviv bound for Poland.

“It’s terrible because, because it was so unexpected, and nobody was prepared for this situation,” Bilodid told CBN News.

Donate to OPERATION BLESSING relief efforts in Poland and Ukraine

So many refugees arrive here at the railway depot in Lviv, western Ukraine, with just a suitcase or a sports bag. Ukrainian men would no longer be allowed to board trains from Kiev to Lviv. Anyone between the ages of 18 and 60 is not supposed to get on the train because the government says they need to. They need it to fight.

“We are staying here, and we have to volunteer and we will do here what we can do here in Lviv,” said Kyiv resident Bilodid.

Not far from Lviv’s main train station, three women who escaped the fighting this week, and did not know each other before then, have taken refuge in Anastasia Mochar’s tiny apartment, which she shares with her brother.

“It’s really hard listening to the news and seeing the pictures of your neighborhood, the places you’ve been hanging out, seeing them destroyed, it’s so sad,” Tkanchenko told CBN News.

Donate to OPERATION BLESSING relief efforts in Poland and Ukraine

Like so many locals here in Lviv, Anastasia Mochar, a 22-year-old Ukrainian Christian, decided to open her home to young women, even though she didn’t know them.

“It’s quite normal for me because I grew up in a family where our house was open to other people,” Mochar said. “We always helped people who were going through difficult times.”

Last weekend, the church in Mochar converted all available offices into temporary rooms for refugee families.

“There will be many more refugees arriving. We don’t know what will happen next, but the Christian community here is ready to help provide shelter and whatever we can do,” Pastor Volodymyr Bilyk said. of the Spring of Life Church.

The United Nations warns that the continued outflow of refugees could reach up to 5 million in the coming weeks.

Cypress Creek Christian Church will commemorate its 50th anniversary in 2022