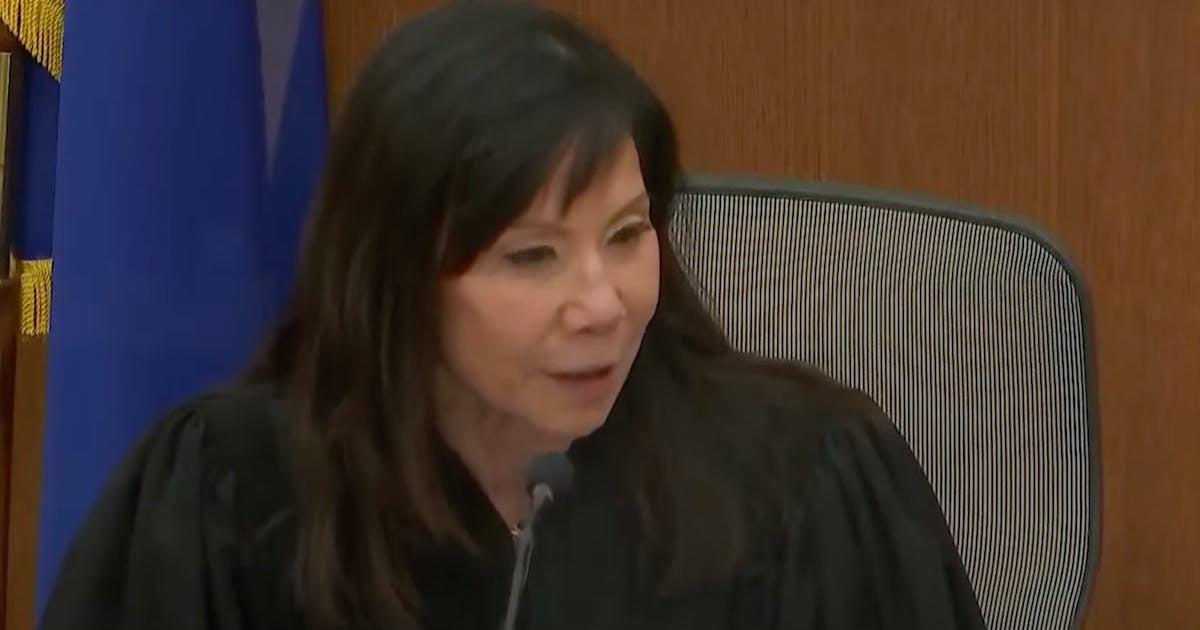 Judge Regina Chu, in sentencing Kimberly Potter, cited factors favoring leniency (“2-year sentence,” front page, February 19). Potter made a mistake – even the prosecution admitted it – that she won’t make again. And with that surge of fairness, Chu was delivered to the fury of the streets and the fury of the media.

They want a punishment: ever heavier charges. They want suffering: ever longer sentences. They want to inflict the pain they feel.

Yet it seems like only yesterday that the left stood against everything it is asking for today. They opposed punishment for punishment’s sake. They insisted that it was always wrong to make anyone suffer. They argued that pain had no restorative or deterrent purpose and therefore had no place in the correctional system. The incarceration was strictly for reform. Even now, they are pushing against solitary confinement on these grounds – as they eagerly turn the screw of punishment against convicted police officers.

Color has conquered consciousness; the past has plundered the present. The universal ideals of the left have been reduced to racial asterisks; reserved for this group and denied to this group. Equality then becomes a contradiction, advocated insofar as it is betrayed. And justice is about serving grudges, not serving truth. Punishment is cool.

My heart goes out to you, Judge Chu. It is impossible to do justice to people who cherish revenge.

Judge Chu came a long way from getting justice when she tearfully sentenced Potter to just two years after shooting dead a young black man after arresting him for a traffic violation, believing Potter’s crime was entirely accidental. Judge Chu ignored the latent racism that lurks so menacingly beneath the surface of our law enforcement systems and our ultimate exercise of justice, into which she has molded us at our most unconscious. At the very least, she could have added five years of community service to Potter’s tenure — five years during which she would be obligated to research and teach the community how the law is applied unfairly between blacks and whites. If it’s not her own bias, or believing she could rise above it as she learned it herself, Potter might be forced to spend those five years teaching the decency of impartiality to her colleagues. officers, insisting that they recognize the nuances of their ignorance and how they engage in the outright practice of injustice, and how law enforcement is often downright indecent. In doing so, Potter may be able to offer future hope to those subject to the authority of civil and criminal justice in our country.

I have mixed feelings about Potter’s light sentence, but a statement from Daunte Wright’s family caught my attention. They complained about the judge’s reaction to the victim impact statement in imposing his sentence. I say, good for the judge.

Impact statements are fine as an outlet for families to let off steam and get some closure, but do we really want sentences to be determined by the family who cries the hardest?

We have worked hard to eliminate racism and sexism from our courtroom, but in some cases they seem to be replaced by “kindness”. We cannot be equal before the law if our fate is not decided by the impact on the victim, but by the histrionics of their family, no matter how sincere their grief.

There are mistakes in life that are unforgivable – mistakes that live with you, torment you every day of your life. Former Officer Potter made such a mistake the second she mistakenly used her gun instead of her Taser. His two-year sentence is nothing compared to his mental life sentence without the possibility of a pardon.

After seeing the heartbreaking court decision about Potter, I wondered if I would feel differently if Potter was black and Wright was white, if Potter and Wright were both white, or both were black. As citizens and human beings, I hope we can carefully and prayerfully reflect on this issue in any race-related issue.

A recent letter writer asks for specifics on how the police should intervene if necessary (“Give us some details,” Readers Write, February 18). His questions regarding the death of George Floyd — “[O]n what other job site or workplace is it even remotely a reality that a guy in his first week on the job cancels or takes command of a 19-year-old veteran? What form would that take?” – are easy to answer.

I have two that quickly come to mind:

1) Airline pilot. Although the captain holds final authority and responsibility for flight safety, a freshman co-pilot is expected and required to alert the captain of unsafe situations or deviations from policy. A call from a “first week on the job” co-pilot to “go around!” must be honored by the captain without hesitation. This primordial arrangement is taught to us when we start with our airline and as a reminder when upgrading to captain. It is also part of the biannual recurrent training under the title “Threat and Error Management”. For this reason, air travel within the United States is the safest mode of transportation available.

2) Military officers. Officers are required to disobey any unlawful order. An order to “burn this building” or “bomb this target” must be refused if innocent noncombatants would be killed or injured. This requirement was taught to me when I was qualifying as a fighter pilot in the Marine Corps and remains today. The requirement to “obey all orders” is part of the oath taken by enlisted members of our armed forces but deliberately omitted from the oath taken by commissioned officers.

To be clear, in neither case does a newly trained person take command. They simply intervene in the face of a dangerous or possibly illegal situation. Also, challenges to authority are investigated, but as my training and experience has proven, it’s part of the job and everyone understands that.

The writer is a retired airline pilot.

I read with sadness the article in the Wednesday newspaper about the bishop of the Catholic Diocese of Phoenix invalidating baptisms performed by a priest for decades (“Priest Baptisms Found Invalid,” February 16). According to the diocese’s own website, a person who was baptized by this priest not only had an invalid baptism, but also a subsequent invalid confirmation, marriage, and holy orders if done since – simply because the priest used the word “we” instead of “I” in performing the ceremony.

I can’t imagine the pain this causes these people. Moreover, I think this teaching may be theologically incorrect and be the teaching of radical traditionalists who have many followers in the Catholic Church. In my Catholic religious upbringing, we were taught that martyrdom and baptism of desire were valid forms of baptism. Simply if a person wanted baptism and followed the precepts of good charitable works and other teachings of the Catholic Church, that was a valid form of baptism. That would certainly apply in this case.

Also, it seems to me that Christ often spoke of following the spirit of the law (religious teachings of the Judaic people of the time) rather than the letter of the law that many religious leaders (the Pharisees) required their people. and with whom Christ strongly disagreed. This action by the hierarchy of the Catholic Church shows how far it has deviated from the teachings of its founder.

And church leaders are often perplexed as to why people leave organized religion.

We want to hear from you. Send us your thoughts here.

As in Arizona, botched baptisms rocked the church in Michigan |

Hundreds of Catholic Baptisms Could Be Invalidated Due to Incorrect ‘Formula’