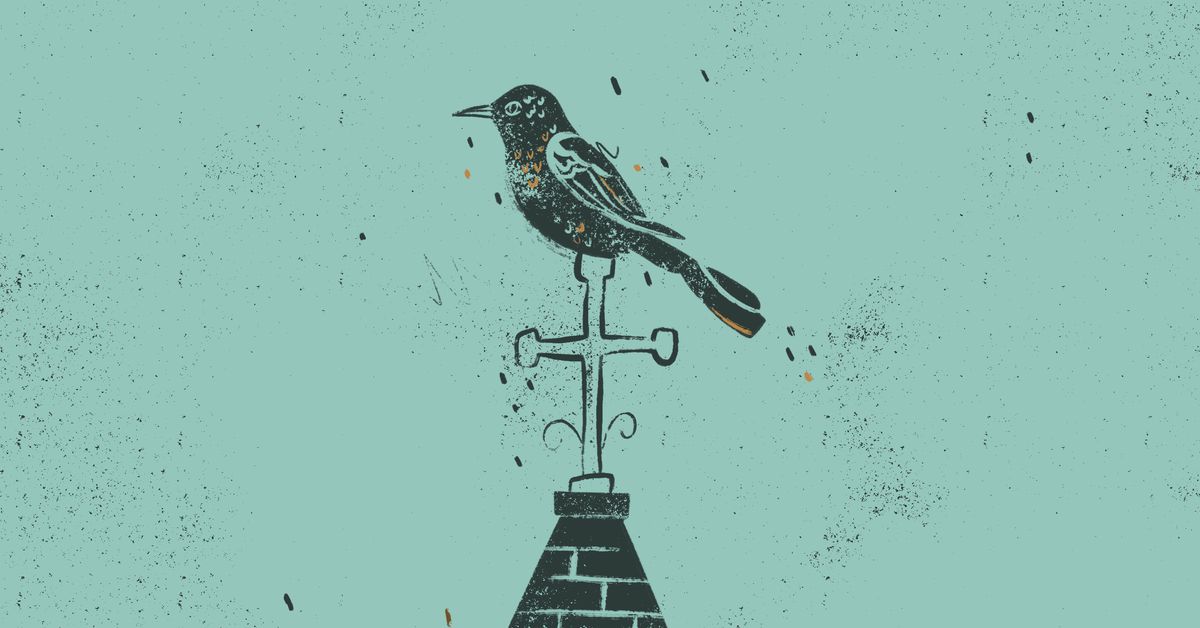 Dr. Derwin L. Gray didn’t grow up particularly religious, but when he found Jesus at age 26, something baffled him: “The nightclubs my wife and I used to party at were much more diverse than the club of Jesus – the church,” he says.

At the time, he felt like he had to choose between a white church or a black church. Nearly 25 years later, the former BYU football star and NFL safety has not finished his sermon that the body of Christ is for believers of all races and walks of life.

“Why do you talk so much about race? is a question he sometimes gets from parishioners at Transformation Church, an intentionally multi-ethnic congregation that Gray and his wife, Vicki, founded more than a decade ago.

His answer is simple: “Because the Bible does. Gray cites examples from both Christ’s teachings and countless others in the Old Testament.

It is a vision of the gospel shared by many African-American devotees. Data from the Pew Research Center shows that three-quarters of black Americans say standing up to racism is essential to their faith or sense of morality.

Gray is an avid public speaker, and speaking with him on the phone about these issues feels like a window into one of his Sunday sermons. During our time together, Gray emphasized an important principle: Not only should Christians oppose the sin of racism, but they should also view issues of race as central to the gospel of Jesus Christ Himself. same.

If America is going to overcome its prejudices, he theorizes, it won’t start with legislation – although he assures me that has its place. It will start in chapels and cathedrals and spread to the streets.

“Racial reconciliation in Christ is not peripheral to the gospel, an optional ‘nice to have’ or fashionable issue, but central to Christ’s mission and God’s plan,” he wrote in his forthcoming book, “How to Heal Our Racial Divide”.

On the phone, he asks this question: “If the people of God are not united, what hope is there for the world?”

Gray knows this may come from a place of genuine goodwill, but hearing the claim of being “colorblind” when race is concerned doesn’t make a difference to him.

“The image of God is in every ethnic group and culture,” he says, “and so when we say we don’t see a person’s color or culture, we’re actually stifling some of the creative genius. of God.”

He makes a simple argument for recognizing the value of race as it relates to Christianity: Without race or ethnicity, Jesus would not have been a Jew. There would have been no woman at the well or in the parable of the Good Samaritan. It didn’t matter whether Pharaoh was an Egyptian or whether Jonah was called to preach to the Assyrians.

Rather than ignoring cultural backgrounds, Gray wants people to see themselves as “blessed with color” — celebrating each other’s unique traits while unifying in Christ.

And he knows what it’s like to be the opposite of that ideal. One story he remembers happened when he was about 8 years old. He and his mother were sitting down to eat at a Mexican restaurant when a disheveled man stood up across the room and gushed over the black diners around him. Using a racial slur, he said he remembered a day when African Americans weren’t “allowed to eat out with us good white people!”

Gray’s mother also remembers that day. She had to eat in separate establishments and drink from “only colored” water fountains. For her, it was not so long ago.

And when I ask him if the racial tensions of the past few years have heightened the intensity of his ministry, he gently redirects my thinking. 2020 feelings aren’t something new for black Americans, he says. “We always felt that.”

So from the start, he made reconciliation one of his church’s goals, adding, “It’s almost as if America has caught up with what we’ve been preaching for the last decade. It also means that he has mostly escaped backlash from his church members for the past two years. to them it was familiar, not a sudden pivot to a political lightning rod.

Gray came down from the stage after preaching one day to greet congregants when something at the back of the auditorium caught his eye. A white man was running down the aisle at full speed, tears in his eyes and a rope of snot slipping from his nose. Gray remained firm, keeping his composure while mentally calculating a plan for his safety. Before he knew it, however, the man was in front of him, reaching out to pull him into a hug.

The man’s girlfriend had been inviting him to church for a year, but he didn’t want to hear a black man give a sermon. When he finally agreed, he said the more he heard Gray preach, the more he wanted to hate him, but he couldn’t.

Gray ended up officiating at the couple’s wedding in South Carolina — the first state to secede from the Union, he reminds me.

He uses the story to illustrate his message: A gospel that teaches its followers to love God and to love themselves as themselves should break down prejudice.

At another time, Gray had brought together the Chief of Police of the Charlotte-Mecklenburg Police Department, a young African American who had protested with Black Lives Matter, and a black judge to discuss the issues of the day and the implications of the Gospel in their respective arenas. .

The result was, as Gray said, a difficult and beautiful conversation. “You can have followers of Jesus walking peacefully,” he said. “You can have a white police captain who loves the Lord and does his job, and we had a black judge who was a former NFL player.”

His new book is intended as a practical and actionable guide to fostering the same concepts. The process begins, he says, with the basic recognition that Jesus died for every human being, making each person a neighbor under the same command to love one another. Then comes a personal introspection of prejudices. Then, he says, comes a commitment to the reality that God always wanted a family and He wants His family to be colorful.

He also assures his white audience that when people of color point out the country’s past and present injustices, it doesn’t mean they don’t love America. “It actually means that we want America to reflect what the flag says: freedom and justice for all.”

And the path to this ideal is clear to him: “Jesus has the answer to the racial divide”.

Opinion: Why do some people call bitcoin a religion?