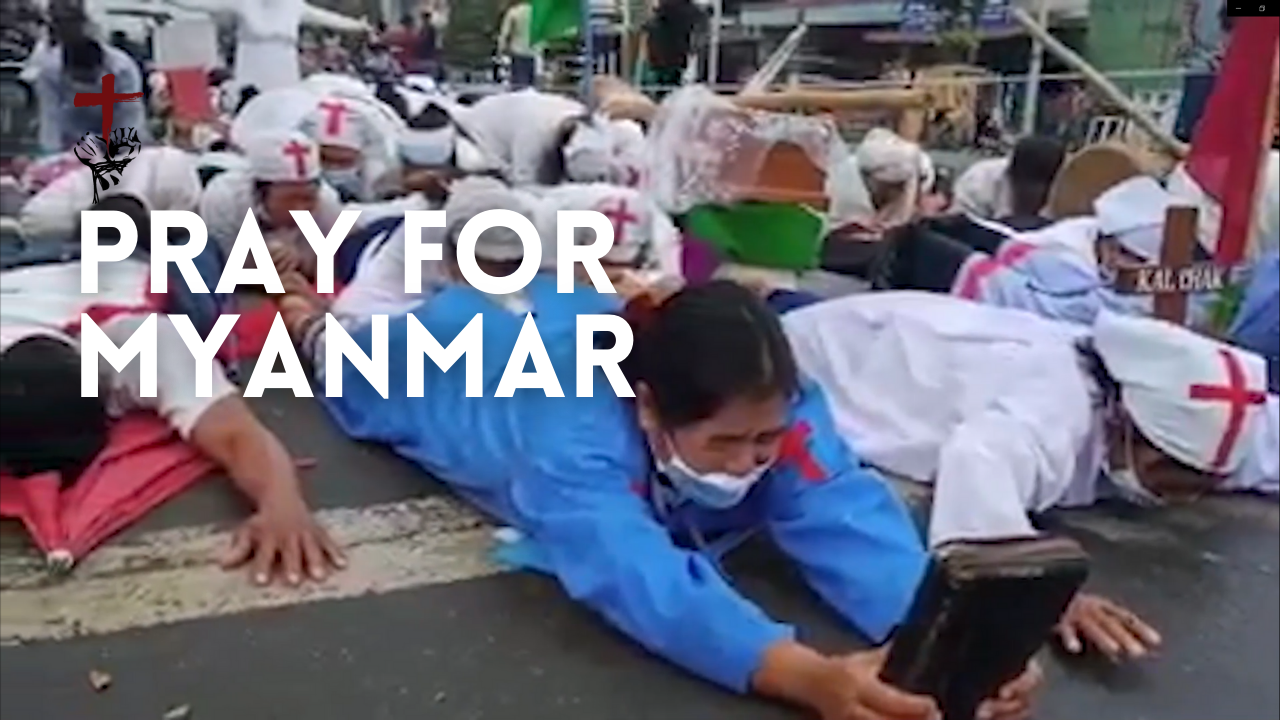 By ICC correspondent in Myanmar

01/31/2021 Burma (International Christian Concern) – Can the 2021 Christmas massacre or ongoing killings in Myanmar weaken our faith?

Many Christians around the world have been deeply disturbed by the latest news of the Christmas Eve massacre that took place in Hpruso township, Kayah state, where around 35 civilians, including women and children , were assassinated by the Burmese army (Tatmadaw).

Meanwhile, many Christians in Karen, Chin, Kachin and Karenni states had to spend their Christmas in bomb shelters or DP camps for their safety, but it was even considered a better way of life. Others had to hide in the forests without any protection in the freezing cold. It didn’t help that the Tatmadaw carried out extensive airstrikes during the Christmas season. While the attacks can be seen as part of the junta’s ongoing efforts to get rid of resistance groups, many local and civilian advocacy groups would tell you about their past experiences of enduring Christmas nightmares.

One of the most recent episodes took place in December 2014 in Kachin State, a predominantly Christian region. The Tatmadaw deliberately ambushed the Kachin Independent Army (KIA), the local armed ethnic organization on Christmas, despite the previously issued letter jointly issued by the Myanmar Council of Churches and the Catholic Bishops’ Conference asking the army avoid airstrikes during the holiday season. The Tatmadaw ignored the request and only defused the attack after Christmas.

The same nightmare was experienced once again by Christians in Myanmar last year. One of the members of the Methodist Church of Upper Burma in Chin State tearfully shared with ICC that during Christmas worship, his brother and nephew were arrested on Christmas Eve in Chin State. Chin. Just before joining the online Christmas service at Christmas, her nephew was reported dead. She earnestly asks for prayers for her Christian-majority Chinland.

The Tatmadaw openly and frequently present themselves as the protector of the Buddhist religion in Myanmar and claim that Buddhism is able to last so long in the country only because of them. The escalation of fighting and attacks in Chin State makes it clear that the Tatmadaw could attempt to commit genocide, were it not for the robust resistance forces that stopped them.

One of the oldest and strongest armed groups, a KNLA (Karen National Liberation Army) officer also told the ICC, “The Tatmadaw has been acting this way for several decades – they attack us in a very cowardly way. But they will never win, because we stand firm in the truth.

One of the IDPs from Karen State posted on his Facebook at Christmas, saying: “Airplanes, bombings and the sound of gunfire during the day and choirs singing in low voices at night.” In contrast, Christians in relatively quiet towns or townships remembered their brothers and sisters in conflict areas. Many churches have canceled their Christmas services and sent funds to their brothers and sisters in war-torn areas.

Arguably, Christmas 2021 in Myanmar was a bustle outside, but the Christmas heat was still very much alive like never before. People’s faith continues to sustain them in dire straits and as the February 2021 coup enters its first anniversary.

Christians in Myanmar have been killed and often targeted daily along with many other innocent civilians. However, resistance to the coup in Myanmar is not about any particular religion or ethnic group. It’s the whole nation that says to the tyrant, “Enough is enough.” Christians, Muslims and Buddhists unite in the fight against the evil regime that seeks to return the Southeast Asian country to authoritarian rule.

The murder of a priest reignites fear in the Christian community