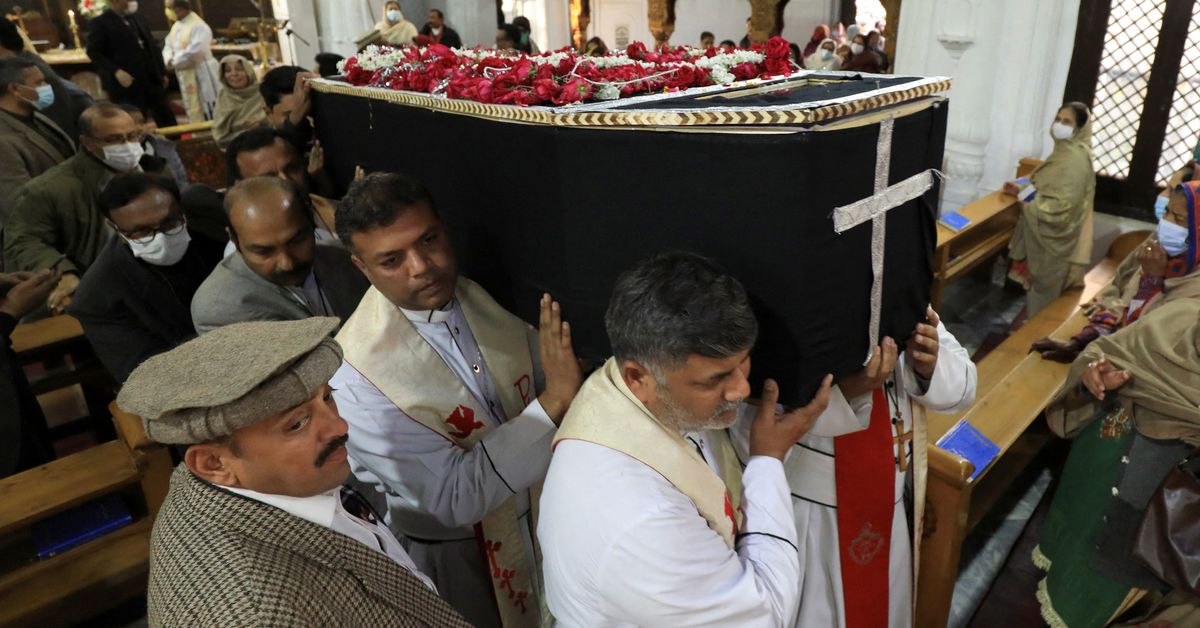 PESHAWAR, Pakistan, Jan 31 (Reuters) – The murder of a Christian priest in the city of Peshawar has reignited fear among local parishioners and rekindled painful memories of one of Pakistan’s bloodiest attacks on the community of the same town.

Gunmen shot and killed Pastor William Siraj and wounded another Christian cleric as they returned home from Sunday service at a small church on the outskirts of Peshawar. Read more

“We didn’t feel safe before that. The feeling of insecurity increases when these kinds of incidents happen,” Naqqash Bhatti, a relative of Siraj, told Reuters at the funeral of the slain priest on Monday.

The service, attended by hundreds of mourners, took place at the British colonial-era All Saints Church in Peshawar – the site of a double suicide bombing that killed dozens of worshipers in 2013.

Following the bombing, a small Christian community set up a small, inconspicuous church on the outskirts of Peshawar in 2014 – and named it the ‘All Saints’ Martyrs’ Church’ in memory of the attack.

Siraj was targeted just after attending Sunday mass at the Memorial Church, which is tucked away in a crowded brick-walled lane surrounded by the modest homes of the local Christian community – many of whom moved on after the 2013 suicide bombing.

The intimate community and memorial church served as a comfort zone for many who lost friends and family in the suicide bombing and struggled to move on with their lives.

“We are poor people and we work late into the night in town and then come home quite late at night,” said Waheed Masih, 36, who lives opposite the church, where Siraj was a regular.

“The murder…has caused panic and no one wants to leave their house because of fear and terror,” he added.

No one has yet claimed responsibility for the attack on Siraj, but it comes amid a spike in attacks by Islamist militants in Muslim-majority Pakistan, particularly along the country’s western border with Afghanistan.