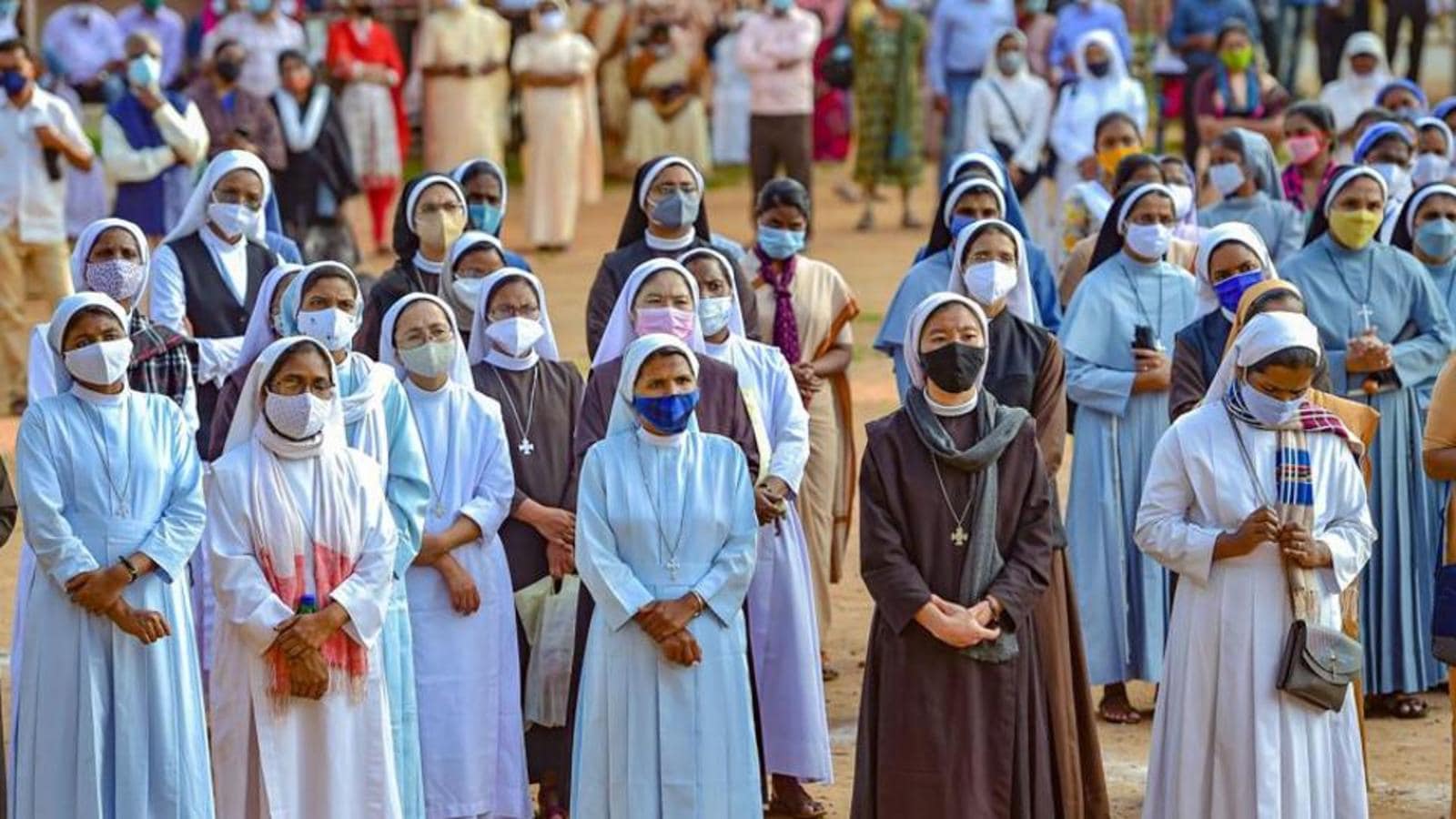 The recent incident of a man breaking into a church with a machete in his hand and the burning of some Christian religious books by right-wing groups have heightened fears and feelings of insecurity among Christians in Karnataka, said declared members of the community.

Police said the man was drunk and the Bible had not been burned, but there is marked nervousness among Christians in the city.

Father Francis D’Souza, parish priest of St Joseph of Belagavi’s Bauxite Road, was leaving the area around 2 p.m. to return to his house adjacent to the church on Saturday when he saw a man approaching him with a machete.

In a video of the incident that has gone viral on social media, the man follows and pursues the priest for some time before running away.

â€œThe church has been here for 30 years and I have been here for five years, but this is the first time that an incident like this has taken place,â€ said Father D’Souza.

Police at the APMC station, about 3 km from the church, were informed of the incident as a result of which the accused, later identified as Mohammed Nizam Phulwale, was arrested. He was intoxicated and entered the church “without cause,” police said. “He doesn’t even remember what he did and there was no motive behind the attack,” a police official from the APMC station said on condition of anonymity.

However, speculation is abuzz that the accused was provoked by certain anti-social elements.

The incident prompted the church to step up security measures such as fixing all dysfunctional CCTV cameras on the premises.

On the same day, members of right-wing groups set fire to Christian religious books alleging religious conversion by the church in the town of Srinivaspur, in the district of Kolar, about 65 km from Bangalore. The police later clarified that the Bible, the holy book of Christians, was not among the objects set on fire by members of the right.

If Christians are worried, it is because of an incident in November when Bajrang Dal members broke into a prayer hall and interrupted a service midway through Hassan District, and in September in Udupi where the right is said to have attacked worshipers while a prayer meeting was underway in a hall.

An investigative report from several civil society organizations earlier this month claimed that Karnataka witnessed one of the gravest incidents of attacks on Christians.

The report from the United Christian Forum (UCF), the Association for the Protection of Civil Rights (APCR) and United Against Hate also claimed that Karnataka ranks third among the states with the highest number of attacks against the community and their places of worship in India.

The wave of attacks on Christians and churches also comes at a time when the government led by Basavaraj Bommai is determined to pass an anti-conversion bill during the winter session of the state legislature in Belagavi. which started on Monday.

Chief Minister Bommai hinted on Sunday that the anti-conversion bill would be approved by the state cabinet and could be presented during the session.

Claiming that religious conversion is not good for society, Bommai said oppressed people should not succumb to it.

The chief minister, however, made it clear that people from all faith communities should not panic over the anti-conversion law. â€œHindus, Christians, Muslims and Sikhs are constitutionally recognized faiths and there is no problem for people to pray or follow their respective religions. However, there is no possibility of taking advantage of someone’s poverty to make them change their faith, â€he said.

Pastor Thomas Johnson said the bill and the attacks were among the â€œtacticsâ€ of the Bharatiya Janata Party.

â€œFirst it was Hindu-Muslim and now it’s Hindu-Christian. They inject poison into themselves. I have never seen such anti-Christian sentiments in the state, â€said the pastor, referring to the attacks on minority communities.

Christians have called a hunger strike in Belagavi on December 17 to highlight the issues facing the community.

A PIECE OF MY HEART at Union Avenue Christian Church