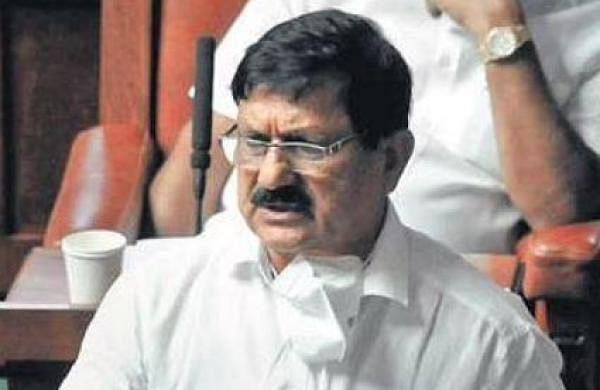 Minister of the Interior of Karnataka – The New Indian Express

BENGALURU: Interior Minister Araga Jnanendra said the anti-conversion bill is not against any religion and there is no need for apprehension in any community. â€œThe government is fully committed to providing protection to all communities. The bill must stop forced conversion in the state, â€the Home Secretary told the New Sunday Express. Extracts:

Will you present the anti-conversion bill during the legislature session from Monday in Belagavi?

Yes we will. The process is underway and the bill is almost ready. It will be worn during the session in Belagavi (December 13-24). Religious conversion by force or inducement is bad and we bring the law to prevent it. Many states have similar laws. We have looked at similar laws in Uttar Pradesh, Gujarat, Madhya Pradesh, and other states.

There is a lot of apprehension among the Christian community about the bill. How are you going to approach it?

The bill is not against any religion – Christians, Muslims or Hindus. People are free to practice their religion, and the government is fully committed to protecting everyone. Promoting one religion by eliminating another is not a religion and we are introducing the bill to rationalize it. There is no need for apprehension among the Christian community or others.

Your opinion on the Belagavi police would have given directives to people in the Christian community against holding prayer meetings in homes.

No that’s not true. The police just follow the rules and no further direction is given to them. However, in the name of holding prayer meetings, they cannot call people to conversion meetings. Forced conversion is against the Constitution and the police will arrest it.

A recent report published in Bangalore indicates that Karnataka ranks third in the country and first in South India for the number of attacks on Christians in 2021. Your point of view.

Many reports come from different backgrounds. The official government publication is the fact. Many representatives of the Christian community had met me recently and I told them there was no need to fear or apprehend. There will be no disruption of their prayers or the community in any way.

The opposition criticized your comments about the police bribes. How do you respond?

I have already clarified it. There was an attempt to kill those who tried to stop a vehicle carrying cattle in my taluk. They were seriously injured and we admitted them to a hospital. I was sorry. At the same time, I received a call regarding a similar incident in Chikkamagaluru. I spoke in this context and it was only about these police personnel and not in general. As Minister of the Interior, I have a great deal of respect for the police and the work they do day and night. We know what will happen if they don’t work even a single day.

During the session, Congress would prepare to put the government on the table over the Bitcoin hack investigation.

Whether they raise any problem in session, we are able to answer it. The government does not care.