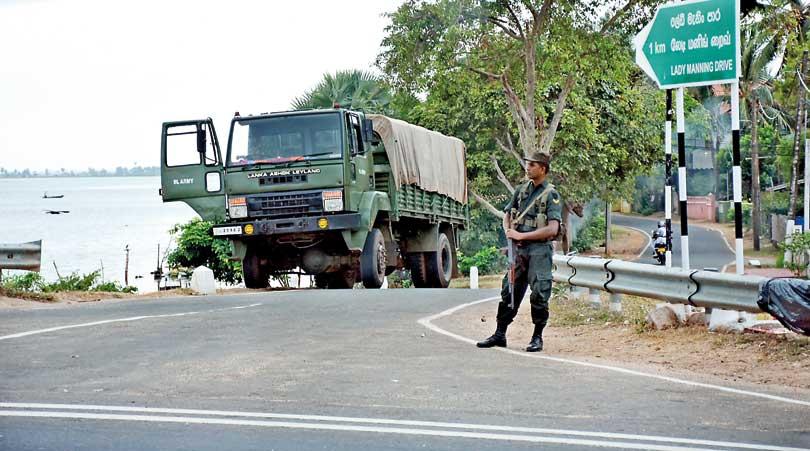 A statement on the matter clarified that the devastating impact of the Easter Sunday attacks on Christians belonging to independent and non-denominational churches as well as on the Muslim community of Batticaloa is undeniable.

â€œWe were aware that meeting the victims of the Easter Sunday attacks and inquiring about their recovery experience could re-traumatize them, especially as countless groups and individuals have already met and talked about them. Therefore, we spoke with people from the Christian community who work with the victims, â€the group said.

It was clarified that during these discussions, the group learned of the constant challenges that the Christian community faces in exercising its right to practice its faith freely and without fear. This is said to be due both to extra-legal state interference, as well as to social discrimination from the Hindu community and the Catholic Church.

“Christian pastors have highlighted the phenomenon of Hindu groups that propagate Hindutva-type ideologies and have affiliations with the Shiv Sena in India, targeting the Christian community,” the statement said.

In addition, it was noted that other forms of discrimination, marginalization and harassment of the Christian community include the refusal to allow the establishment of places of worship, the impediment to use the public cemetery, the refusal admission of their children to national schools, the interruption of prayer meetings, including through the use of violence and the perpetration of violence against pastors.

â€œWe have been told that complaints to the police often have no impact because the police take no action. Security agencies are said to visit churches and request information on worshipers, supposedly to ensure that those outside the congregation are not allowed to enter churches. The pastors said, however, that this only served to intimidate them and was contrary to their open and inclusive policy of welcoming people of all faiths, â€they said.

Meetings were also held with the wives and mothers of those detained under the Prevention of Terrorism Act (PTA) in connection with the Easter Sunday attacks. The men arrested tend to come from poor families and as a result women with young children face serious socio-economic hardships, which has had a negative impact on all aspects of their lives.

â€œSeveral arrests made in connection with the Easter Sunday attacks confirm the historical pattern of arbitrary arrests and detentions. For example, many people were arrested before the investigation, held on detention orders for months and then released because there was no evidence against them. By the time they were released, they had lost their livelihoods and suffered reputational damage and psychological trauma, â€the group said.

It was also mentioned that many arrests are alarming as they appear to have been made not for acts considered to be offenses under the law, but for alleged opinions. People who have apparently not committed, aided or abetted an offense have also been arrested.

â€œFor example, boys and young men who were forced or misinformed about the destination and purpose of an event organized by Zahran and only attended for one or sometimes two days have been arrested. As a result, many have not been able to sit for exams and to date are languishing in detention. There are also concerns about people being held on detention orders for longer than the stipulated 18-month period. Families of detainees mentioned that they were not informed of the place of detention, that arrest vouchers were issued a few days after the arrest and were not informed when a person was transferred to another place of detention. To this day, the arrests continue, â€the statement continued.

The group’s findings revealed that the families of those held for the Easter Sunday attacks were rejected by other members of the Muslim community, exacerbating their struggle for survival. Visits by security agencies to the families of detainees and summons to the police station for investigation further isolate families from the community, which views them with suspicion.

In addition, those assisting families of detainees are monitored and even questioned by security agencies, preventing others from offering assistance to these families. This exacerbates the severe psychological stress experienced by families struggling to cope with the multiple impacts of imprisoning a family member, often the sole breadwinner. Families have no legal knowledge and no way to maintain legal representation and are therefore vulnerable to empty promises and extortion.

The group specifies that inter and intra-community tensions in Orientale Province were not resolved after the end of the thirty-year armed conflict but worsened and were reappeared by the attacks on Easter Sunday, which seems to have aggravated existing cracks. . New groups are emerging who have found new targets of discrimination and marginalization, thus creating new hotbeds of conflict and insecurity for vulnerable populations.

As one community leader succinctly put it, “wherever there is a majority, the minorities there are oppressed.” While there are efforts at the community level to address these divides, government action and inaction hinders rather than supports these community efforts. To solve these problems, national security must be seen as the security of all. It forces the state to consider a form of security that does not depend on the demonization and targeting of certain communities, which leads to the discrimination and marginalization of already vulnerable populations, thus undermining social cohesion and community harmony. .