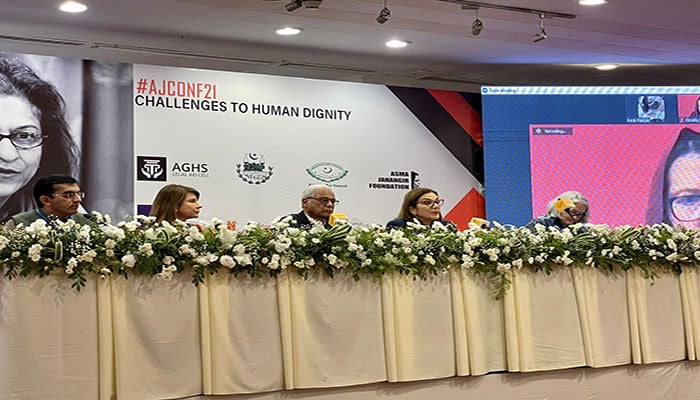 LAHORE: Speakers at the Asma Jahangir 2021 conference claimed that religious and sectarian minorities suffer from systematic discrimination and violence in Pakistan.

“Despite all discrimination, we own this land and accept the Constitution of Pakistan,” speakers said at a session on “The Impact of Extremism on Religious and Sectarian Minorities,” under the theme of “Freedom of religion and belief â€on the last day of a two-day 2021 Asma Jahangir Conference at a local hotel on Sunday.

Pervez Hoodbhoy, academic and activist, moderated the session. He said the two-nation theory and goal-solving laid the groundwork for the systematic discrimination of minorities in Pakistan. Christians, Hindus and Parsis, over time, have chosen to leave Pakistan due to discrimination and violence, he said.

Lal Chand Malli, MP, said that coming from the most remote area of â€‹â€‹Umarkot and Tharparkar, â€œwe (the minorities) own our land and our country and we accept the Constitution of Pakistan. â€œThe extremists have their own agenda / interpretation, but we are the torchbearers of Asma Jahangir,â€ he added.

The minority MP said the government, under the Ministry of Human Rights, had formed a parliamentary commission to protect minorities from forced conversions, but the law was blocked at the Council of Islamic Ideology (CII ).

Jalila Haider, representative of the Hazara community, called the Hazaras a â€œdouble minorityâ€ because they faced systematic discrimination. “Extremists are held accountable with encouragement from the state while the Hazaras suffer serious human rights violations,” she said.

Haris Khaliq, secretary general of the Human Rights Commission of Pakistan (HRCP), said there was confusion early on as to what Pakistan should look like. “The Quaid-e-Azam advocated that Pakistan be an inclusive society for minorities, but at the same time declared it a laboratory of Islam,” he said, adding that this caused a lot of confusion. on Pakistan’s ideological roadmap.

Kalpana Devi, additional general counsel at the Sindh High Court, also expressed serious concerns about the state of forced conversions of minorities, especially in Sindh. â€œI am a proud Sindhi,â€ she said, adding that she belonged to Sindh – the land of the Sufis because her ancestors had not migrated. “We love and respect the founder of Pakistan as well as the founder of Constitution,” she added.

Qamar Suleman said it was the government’s obligation to ensure the safety of its citizens and minorities, just as it was the government’s responsibility to provide health and education to the masses. He urged civil society to unite and fight for rights and play a positive role in the development of society. Kalyan Singh Kalyan, assistant professor at GCU, was also one of the speakers for the session.