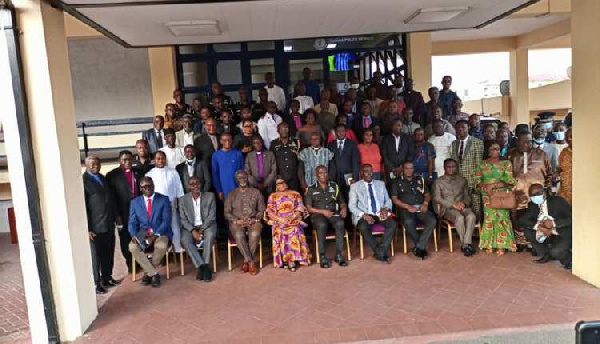 Faith-based organizations have partnered with the Ghanaian Police Service (GPS) to enforce laws regarding the conduct of religious bodies in the country.

The collaboration was the result of an engagement between faith-based organizations and the police administration on Monday, led by Dr George Akuffo Dampare, Inspector General of Police (IGP).

He said it would also forge a sense of unity between the police and religious organizations so that they function unhindered.

ACP Ofori said the Public Affairs Directorate of the GPS will partner with the various councils of the Christian community to embark on public education for citizens.

â€œWe have agreed to work closely with these faith-based organizations to avoid breaking the law. We will also look at how churches conduct their operations and activities taking into account what the law says, â€he said.

He said they would extend education to religious organizations that were not represented during the engagement to avoid conflicts with the law.

ACP Ofori assured churches that this decision was not intended for the police to embark on a witch hunt against religious organizations.

He said it was more about deepening an already existing relationship between the police and religious organizations.

Bishop Paul Kwabena Boafo, presiding bishop of the Methodist Conference, noted that as part of the engagement, resource persons explained to them how religion can be used to foster peaceful coexistence.

He said under Ghanaian laws the church could break down in some cases, especially in the area of â€‹â€‹excessive noise and could be sued.

â€œThese laws and many others are already existing laws that need only be enforced. All the leaders of various Christian and Muslim groups gathered here have agreed that the police must be supported by faith-based organizations to do their job, â€he said.

The presiding bishop has counseled ministers of the gospel to be guided by reason and wisdom in all they do.

Explained: why the government of Karnataka is investigating churches and why the Christian community is against it