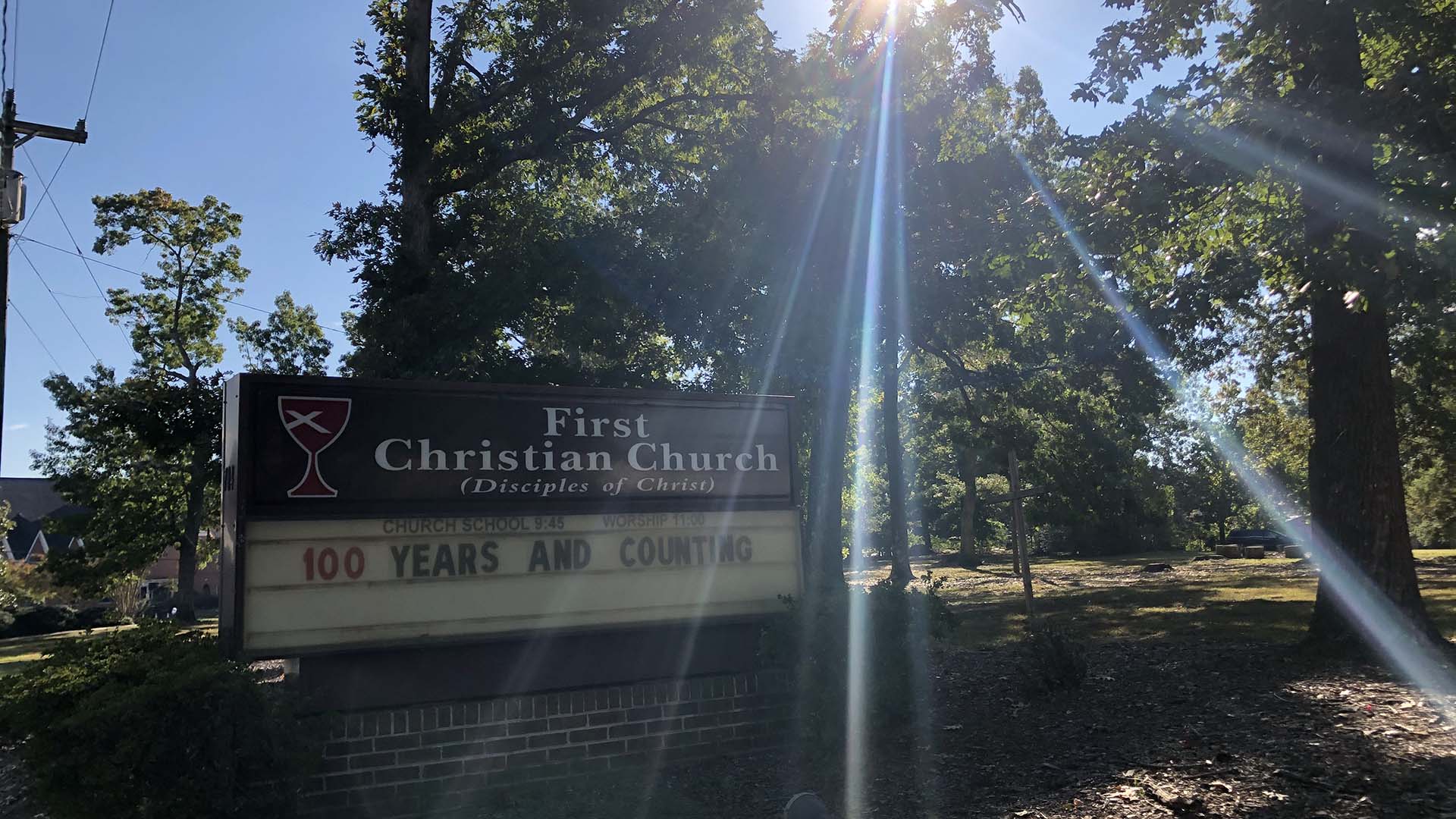 It has some symbolic meaning as Pastor Johnna Camp strolled through a lush garden of lush flowers and plants, as she discussed the roots of her church.

“This church started with just seven people in a Sunday school initiative in 1921,” said Camp, who has pastored at First Christian Church in Greenville for 11 years. “Thinking about how he grew and flourished and flourished, the many iterations it took, and continuing to grow and evolve, it’s just amazing to me. “

Boasting a picturesque location behind the building of the First Christian Church at 704 Edwards Rd., The church’s community garden was an oasis on the morning of October 17, just a week before the congregation celebrated the 100th anniversary of the ‘church. Birdsong floated in the air, occasionally interrupted by the silent rustling of branches falling in the distance; a tree pruner was at work with a large set of pruning shears, cleaning the foliage on the church grounds. Elsewhere, church members planted flowers.

The grounds have changed over the past two years. The church has lost some of the site’s old trees to storm damage, particularly that from the 115 mph tornado that swept through the area in the spring of 2020.

But on October 22, five new trees will be planted, donated by Trees Greenville, as part of the anniversary celebrations. The tree planting ceremony will be followed on October 23 by activities from 1 p.m. to 4 p.m., including a concert, the opening of a time capsule buried 25 years ago, games that celebrate the time of the years. 1920 during which the church was founded. , and a keepsake for those who have come before. On Sunday, Bishop Valerie Melvin will come from Wilson, North Carolina to lead a celebratory service, followed by an outdoor lunch and picnic.

Camp said it was a small part of a new day for the church.

“This past year has been so tough for us,” she said. “Like most churches, we really struggled.

It’s been a year of zoom meetings, pre-recorded sermons on YouTube, and physical disconnection from each other.

But it was also a year when the church came together to discern what exactly a “church” was to them.

Mardi Smith and Ron Logan, both longtime church members, were among those planting flowers ahead of the centennial celebration.

Smith recalled stories from olden times, such as the time during World War II when Donaldson’s Air Force Base was so full of soldiers that some had to sleep in the church attic.

“As far as I know, there was still a family living in the house at that time, but they made room for the soldiers,” Smith said. “You can imagine it was quite cramped.” 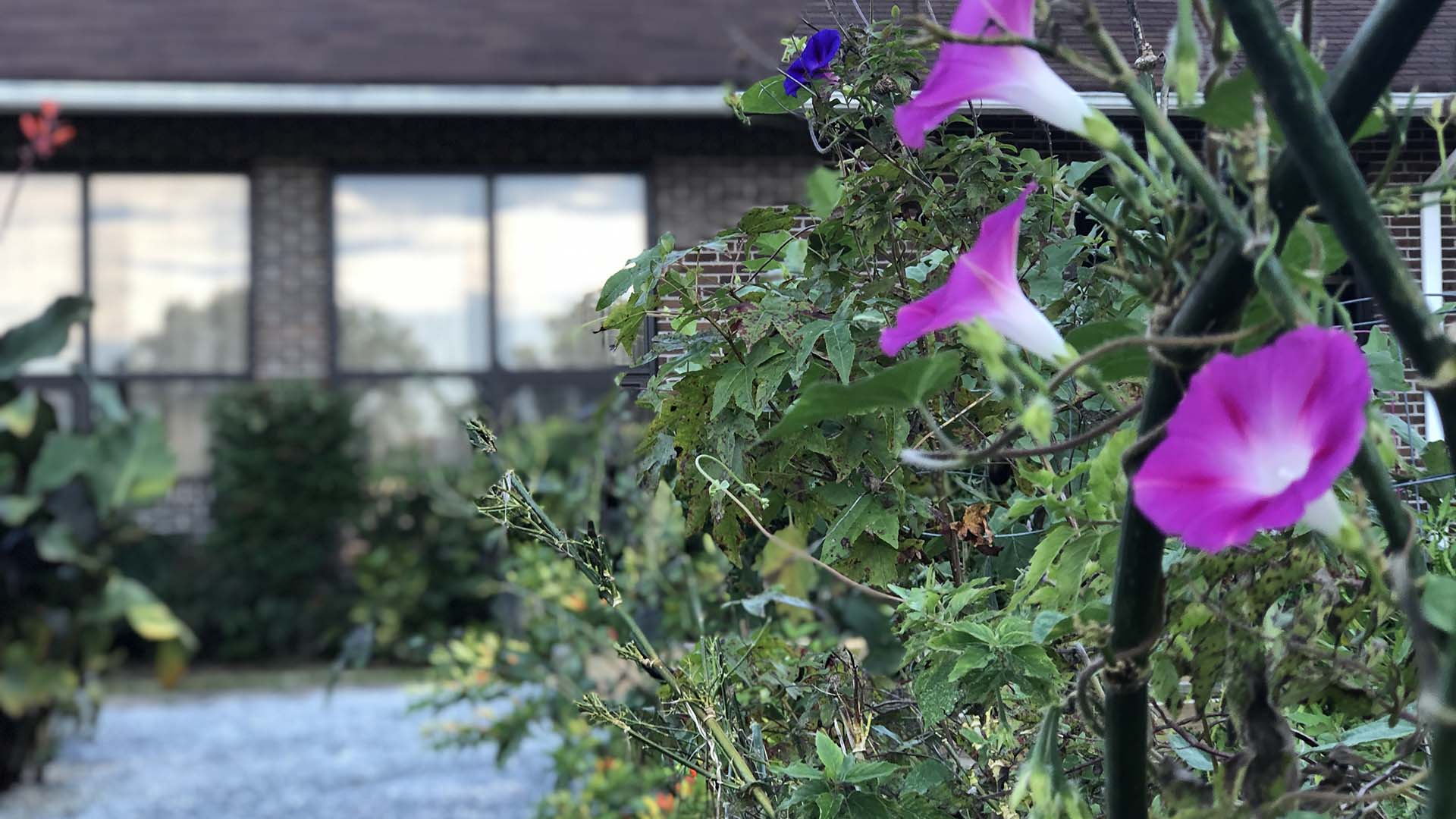 At the back of the garden, Emma Yates and Joyce Osborne stuffed a homemade scarecrow with hay from nearby bales for an autumn-themed decoration. Yates, 13, and Osborne, 8, are among the youngest members of the church, who grew up with candlelit Christmas services and feeding the birds on the grounds.

“It’s really great to be here since I was little because everyone knows a lot about me and it’s great to have this big family,” said Yates.

Lying in a pile of hay, Osborne agreed. “I really like the way everyone is nice here. And there is a community garden, she said, stretching out her arms in the haystack. “It’s one of the best things here.”

For Camp, it’s what lies beneath his feet that has been at the center of his thoughts lately – not the flowers blooming in the crisp morning air, but the roots below.

“The image that keeps coming back to me was the roots of trees, and the roots of those 100 years that have grown and spread and are so deep below the surface,” she said. “We don’t really see what’s out there, but it holds us strong, and this idea of ​​rooting and planting new life in the community is what we’re still working towards.”