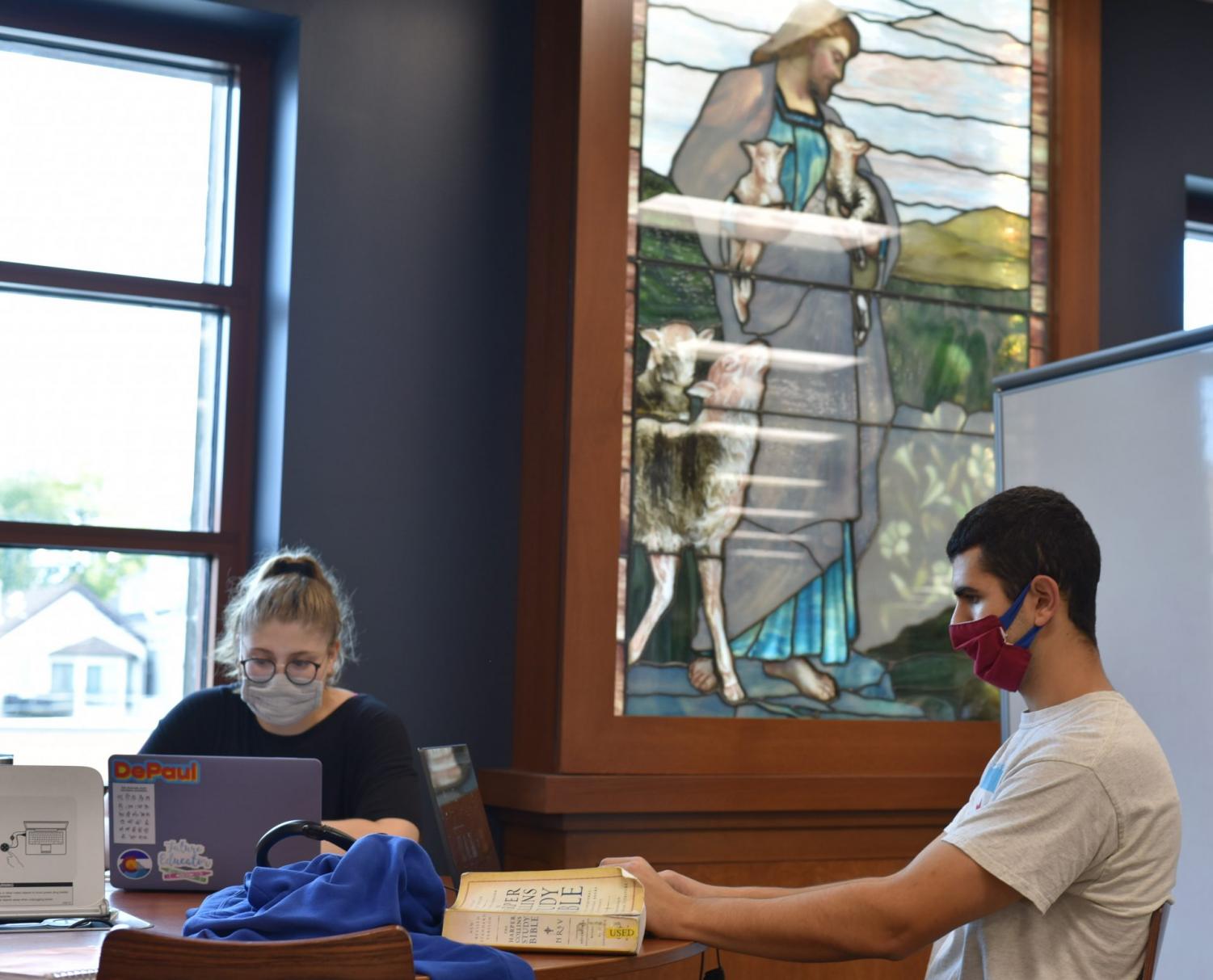 Give us more: DePaul demands religion but lacks interreligious courses, several religions are not represented in the courses

Finding a course in religion is not difficult – there are 158 courses that count towards the general requirement for religion courses in DePaul. But, of these 158 options for compulsory courses, there are only three courses oriented towards Hinduism, seven for Buddhism, seven for general Christianity and none for interfaith.

Some may argue that there are courses for religions like God Debates or Religion and Culture in America, but none of the options presented in the course registration to discuss how to respect people who practice their religion or how to discuss religion with respect. For all of these students, it will be more of a lecture on different types of religion than a discussion experience where students can learn about different religions through their peers.

Freshman Ethan Siebel thinks religion classes shouldn’t be a requirement. He said that if the requirement for the religion course persists, he would like different courses to be offered.

Second-year student Liz Bazzoli said a tolerance class would be a subjective type of class, not providing much benefit other than surface level.

“I think there should obviously be [an] an all-inclusive education spanning multiple religions, but I also think â€œtoleranceâ€ is an easily problematic trap to fall into, â€Bazzoli said. â€œReligion is a deeply personal and individualistic practice, and I think it’s easy to generalize what Hinduism or Judaism is, for example. By simply teaching religious texts or basic beliefs, you run the risk of erasing the nuance of religious belief and practice and almost dehumanizing it in some way, so I think that’s a fine line. to browse. Just being “tolerant” doesn’t really respect religion. “

Freshman Nickolas Kreuger agrees with the concept of having a class that delves into different religions. He said, “I think [it] it would be cool to have an interfaith course but I think it would be better used as a module like the alcohol modules [used in explore and discover classes]. “

Religion classes should not be a requirement at DePaul, despite the school’s identity as a Catholic university. DePaul students who are of a different religion should have an equal number of classes available to them so that they can have the opportunity to enter a class that they align best with rather than being forced to ‘go to a Catholic-based class as a safeguard. There should at least be an optional interfaith course for students who enroll in their courses later than most.

“I really don’t think so [religion classes] should be [required]”said Krueger.” I can understand why [there is a requirement], but when you are that age, you have already been raised in a certain way or you have your own values. If you’ve wanted to find a new religion or whatever, you’ve already done your research. There are only a number of enlightenment stories of people being forced to take a course and then falling in love. “

In addition, according to the Association of Catholic Colleges and Universities, to be classified as a Catholic university or college, the school must be faithful to tradition, must have Christian values, vision and goals, must be committed to service. and must reflect Christianity. Faith. Nowhere in the requirements is it necessary for students to attend or pass a religion course, so DePaul would not be negatively affected as an institution by removing this requirement from the school.

If anything, DePaul would benefit from this program change. Those who do not practice religion would feel more comfortable with DePaul instead of feeling pressured into engaging in religion through a compulsory course. Students who have a specific religious belief should be offered more courses related to their religious affiliation.

Those interested in religious studies should have more unique courses available if they wish to explore different religions, academically or spiritually. Those who follow a religion other than Christianity may feel more represented in DePaul if these courses are implemented. But if there isn’t a more inclusive range of courses about different religions, DePaul shouldn’t force students to take religion courses.