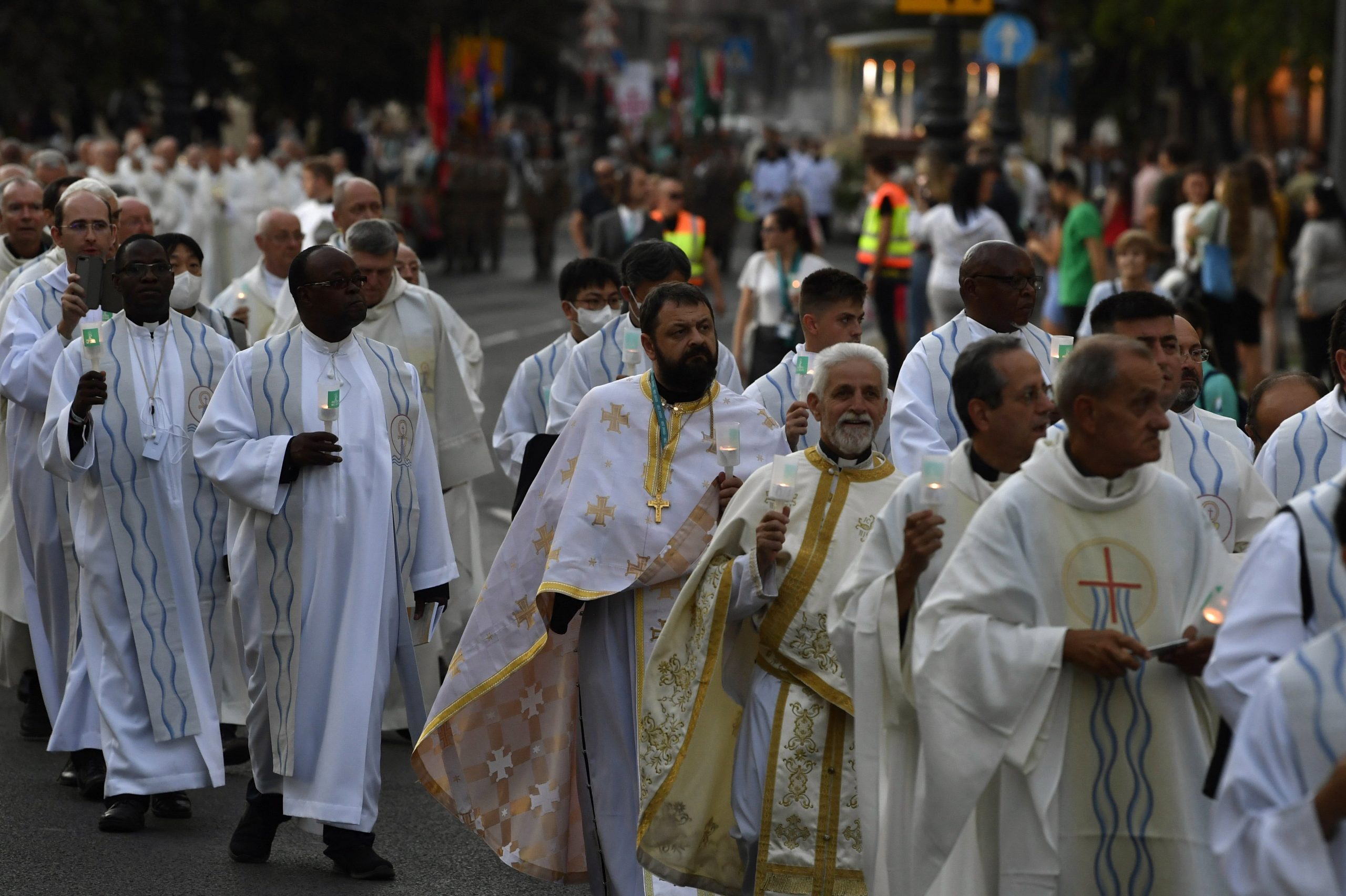 The Christian community “shows the true face” in Budapest

Bishop Piero Marini declared that the Christian community had “shown its true face”, that of “inclusion and openness”, in Budapest, also thanks to the presence of Pope Francis, speaking on Sunday at the closing mass of the 52nd. International Eucharistic Congress.

“We have all come here, to gather around the altar, from different cultures and traditions,” said Marini, who heads the Pontifical Committee for International Eucharistic Congresses, during the mass celebrated in Heroes’ Square.

The “dream of a church with open doors” has come true, said the Archbishop, referring to the apostolic exhortation of Pope Evangelii Gaudium.

Believers, after taking “the bread of life,” return to their homes, schools, offices, to heal others and uplift them with words of peace and acts of reconciliation, he added.

The Archbishop declared that the Holy Spirit “still gives us today the courage to stand before the world in the manner of Jesus”, who during the Last Supper demonstrated that “we are not to reign, but to serve ; we do not belong to the rulers of this world, but we are the children of the Kingdom of God ”.

Pope Francis: “My wish is that you will be rooted and open, rooted and considerate”

“God bless the Hungarians”, the Pope concluded his prayer in Hungarian at the closing Mass of the Eucharistic Congress. Continue reading

The salvation that comes from the Eucharist, Marini said, becomes a “Eucharistic culture”, capable of mobilizing men and women of good will to reach out to the poor, to work for peace, to be the guardians of creation, to be generous in ecumenical dialogues and share in difficulties.