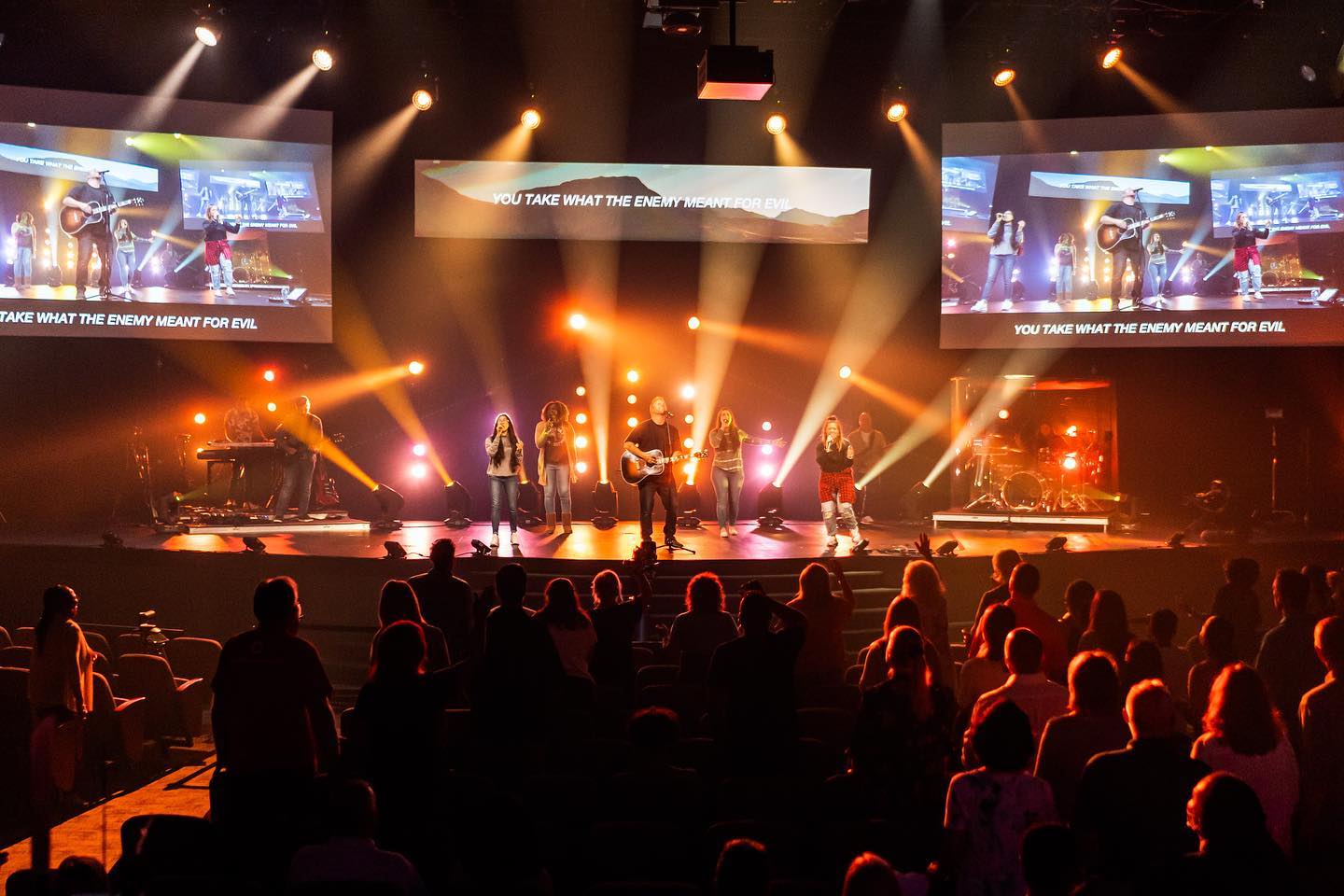 FORT LAUDERDALE – The community Christian church was empty when Kevis Mulchan turned on live services at the height of the pandemic. Nonetheless, he worked hard to create looks that gave worshipers a greater sense of “being in church” even though they were watching on a television or computer screen.

Unlike their job during the pandemic, when they didn’t have to worry about a live audience, Mulchan and his team (technical director Kevin Gomez and video director Bill Kelly) had to create a show that went well in front of the camera. , while immersing those present at the church.

Arranged on a triangular structure that spanned the width of the central stage area, the slatted lights provided a scenic focal point that drew viewers and church worshipers into the event’s performances. While they were doing this, the fixtures also washed the scene in deep, vivid, camera-friendly colors.

“Our previous stage design had a large center screen,” Mulchan said. “We decided to reduce it and go ‘heavy lighting’ in our central space. The triangular shape came out of what would look good based on the devices we had as well as the rig / hardware points available. “

Mulchan also relied on the colors created by his washes to convey different atmospheres during the event. “Our colors varied depending on the feel of the song and honestly how I was feeling too,” he said. “I generally like deep, dark, saturated colors for ambient moments and white and bright pastels for more important moments. I sometimes change this methodology to keep things fresh.

During the hour-long event, Mulchan also maintained a fresh look by varying the level of intensity of his lighting. The color contrast between warm and cool colors also contributed to the visual variations, as well as the arrangement of the groups of light fixtures in layers and the alternation when different lights were on, so not all of them were being used at any time.

The Night of Worship started with an opening acoustic set, which Mulchan backed up with a very simple look. During the full group section that followed, he launched into some big, energetic looks, then tapered off at one point, before ending with a high-impact bloom.

The platform’s Maverick MK2 Spot lights, which were arranged on the stage deck, made a major contribution to this multidimensional spectacle. Used for antennas, specials, side lighting and backlighting, the 440 watt LED light cannon contributed to some of the most dramatic moments of the evening. This included Mulchan’s favorite, who performed during an interlude in the song “Touch of Heaven”.

“It’s a very ambient song,” Mulchan said. “During the interlude, I had our Maverick MK2 spotlights on the floor wide and white with superimposed gobos doing a slow circle effect silhouetted by our singers without key lighting.”

It was a moving moment, not only for Mulchan, but for all the faithful. And it didn’t matter whether they were at home or in the Community Christian Church building. Thanks to the hard work and careful planning of the design team, this scene, like all the others during the event, was powerful no matter where the worshipers were when they watched it unfold.