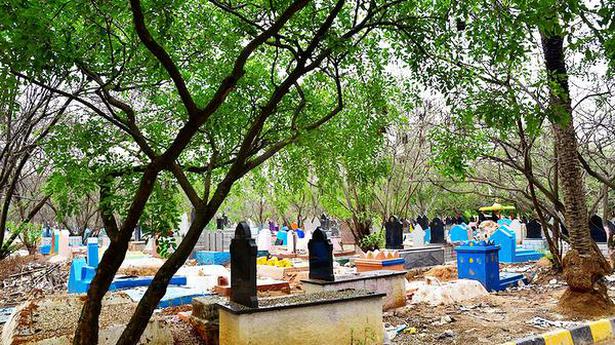 With the increase in deaths from COVID-19, the Christian community in Bengaluru has reported the problem of the shortage of burial sites for those who succumb to the infection. The Archdiocese of Bangalore has asked the civic body to immediately allocate five acres on the outskirts of the city.

In Kalpalli Cemetery, one of the largest Catholic cemeteries, 54 bodies were buried in March while 45 have been buried so far this month. At Mysuru Road cemetery, also reserved for Catholics, two burials have taken place daily on average since March. Hosur Road Cemetery, open to all faiths, also reports an average of three or four burials per day. These numbers have since March exceeded the normal monthly average of around 10 to 15 burials in the city as the community already faces enormous space constraints.

“While last year the average number of reported deaths was around 50 per month, that number has risen to over 100 deaths since March of this year,” said a senior archdiocese official.

In a letter to BBMP commissioner Gaurav Gupta on Friday, Archbishop of Bangalore Peter Machado called for five acres to be immediately allocated to Christians. This is the second call for a cemetery in less than a year. The Archbishop had requested land from Chief Minister BS Yediyurappa earlier. The file had been transferred to the Directorate of Taxes and an announcement of the allocation had been made to the BBMP Council. “Since the threat of a pandemic fell, the issue has not been brought forward either,” the Archbishop said in his letter. He stressed, however, that with the second wave affecting thousands of people in Bangalore, there is an urgent need for a cemetery for Christians.

Archdiocese spokesman JA Kanthraj said: “Families ask other families for a space in the tomb where a body is already buried. When the burial has taken place more than six months previously, such spaces are dug and the body is buried. He said that given the cramped space, some were even cremating.