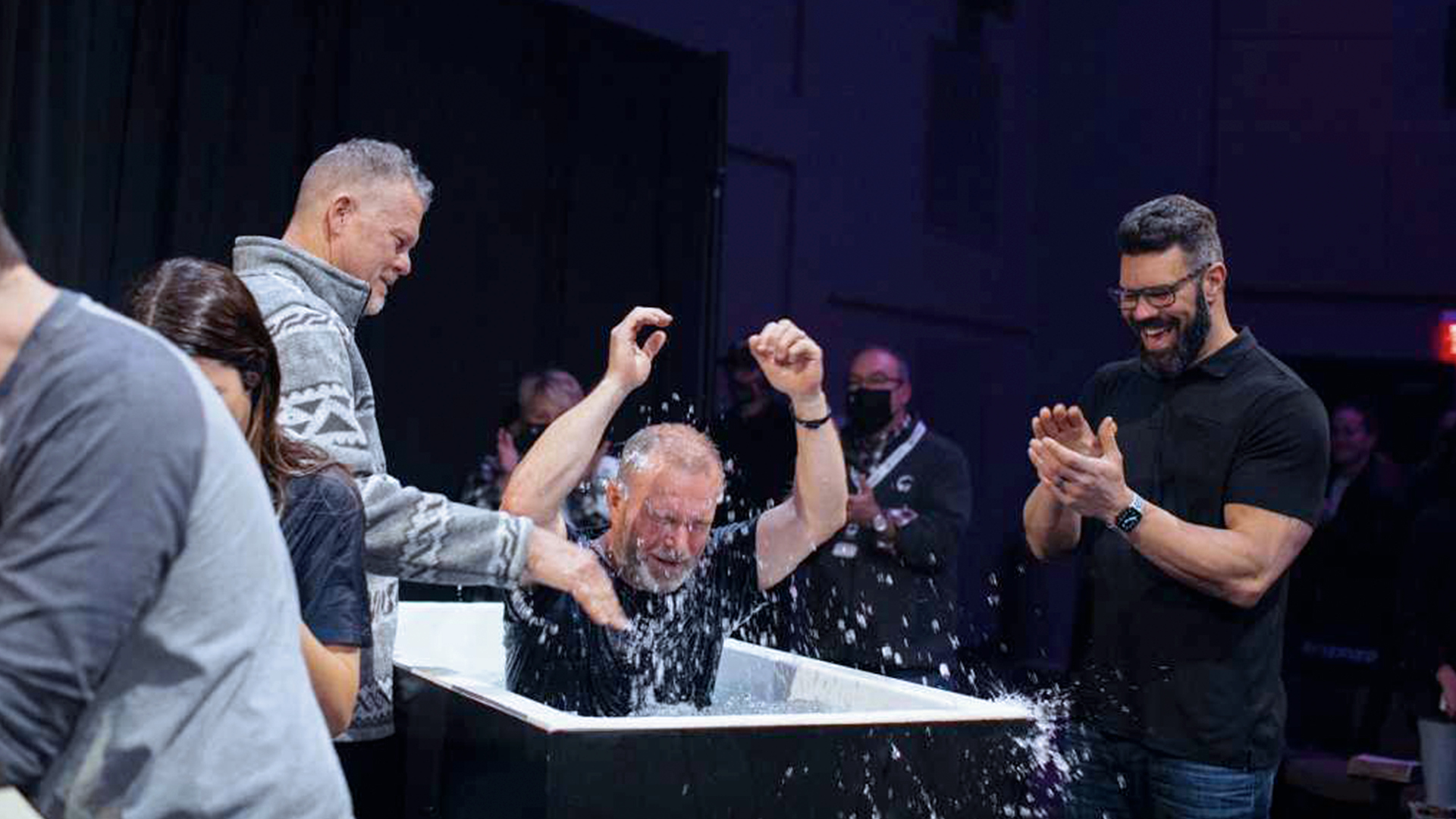 The spark that ignites the flame is not always so bright at first.

This has certainly been true for Robby Gallaty, the senior pastor at Long Hollow Baptist Church in Hendersonville, Tennessee, where 1,048 people have been baptized since Sunday, December 20, after nearly a year of what Gallaty described as “Silence and solitude” in his own life.

“Here’s what happened,” the pastor told Faithwire in a recent Zoom conversation, leaning towards the camera after removing his glasses. “I started to sit with the Lord for 10 months. Then, finally, on December 15, 2020, I am on the porch, and I hear as clear as day these words in my head, after a season of silence and solitude: ‘Spontaneous baptism’.

The following Sunday, the preacher recalls, was the least-attended service of his five-year tenure at Long Hollow. The country was, after all, still in the grip of a pandemic and Tennessee was seeing an increase in COVID-19 infections at the time.

Gallaty said he felt like everything was going against what he was convinced God had so clearly asked him to do.

*** As the number of votes facing big tech censorship continues to increase, please subscribe to Faithwire’s daily newsletter and download the CBN News app, to stay up to date with the latest news from a distinctly Christian perspective. ***

“It was like all the water we could put on the offering,” he said, referring to the Old Testament story in 1 Kings 18, when Elijah pour water on a sacrifice in the midst of a drought so that when he was consumed by fire it was clear that it was by the work of God alone.

This Sunday in mid-December, 99 people were baptized.

“I had never seen anything like this in my life,” the pastor said, adding that he assumed this must be the end of the “revival” he was looking for, until he returned again. under his porch that night.

“The Lord gave me this visual,” he said, remembering sitting outside his house that Sunday night. “He showed me, ‘These are the big raindrops, Robby, before the torrential downpour is coming.'”

Gallaty then contacted his fellow ministry leaders in Long Hollow and on the following Tuesday, just three days before Christmas, the church held a dedicated baptismal service where 81 other people showed up.

It was then, said the preacher, that things “got really out of hand.” People who watched Long Hollow online began to visit Hendersonville Church and its two satellite campuses, although Gallaty said he “never encouraged” anyone to board a plane to Tennessee.

Thread of Faith: Migrants from “all over the world” are now flooding the southern border: “It’s a humanitarian crisis”

*** As the number of votes facing big tech censorship continues to increase, please subscribe to Faithwire’s daily newsletter and download the CBN News app, to stay up to date with the latest news from a distinctly Christian perspective. ***

Now, in less than four months, Long Hollow has overseen the baptisms of over 1,000 people from 15 different states, including two from Maine. Each of them was either integrated into community groups in Long Hollow or encouraged to seek discipleship in their hometown.

“It’s a real pull and pull of the Holy Spirit,” the pastor explained.

Such a spiritual awakening, however, would not have been possible without the seemingly dull spark that ultimately ignited the flame.

The transformation taking place at Long Hollow is only possible, Gallaty admitted, because he was doomed to face the sin of his own life: pride, jealousy and arrogance that he said he was not. not even aware that they had taken up residence in his heart.

Left unchecked, however, “jealousy in pastoral ministry becomes one of the greatest sins we all suffer from.”

Later in the interview, Gallaty spoke directly to his fellow pastors.

“The reason you don’t see a mighty movement of God in your church may be because you are the blood clot,” he said. “And I say this from experience. You can be the problem of why God is not moving.

Gallaty, currently preaching a series of sermons on the Holy Spirit, said that his recent journey with the Lord also gave him a richer and deeper understanding of prayer.

He described the prayer as “piling up wood for the fire that burns on weekends,” referring to collective worship on Sundays.

But for so many believers – both new and old – prayer is a difficult thing, a practice which, for various reasons, sometimes seems so mystifying and confusing.

It shouldn’t be, however.

Thread of Faith: “They can take our facility, but we’ll find another”: Pastor Coates leads GraceLife Church from secret location

“For most of us our prayer life is a conference, and that is why for you it has been boring and mundane and routine,” he added.

While there are times in prayer when it is a dialogue – and there are certainly times it feels like a monologue on our part – Gallaty said there are also times of complete silence on both sides.

He understood these cases as he and his wife, Kandi, took the 20-minute drive to Nashville. Sometimes, the minister said, he and his wife don’t talk to each other at all. Instead, they just love to be together.

“There are times when we take that 20 minute commute and we don’t have to talk,” said Gallaty. “We just sit in the car together, and this is what it is: we just enjoy each other’s presence and being fair in their presence is enough for me. “

“We have to get out of this Western mindset of ‘God if I do this, you do this’,” he continued. “It doesn’t work with silence and loneliness.”

And it was out of that “silence and loneliness,” after all, that the awakening in Long Hollow came.