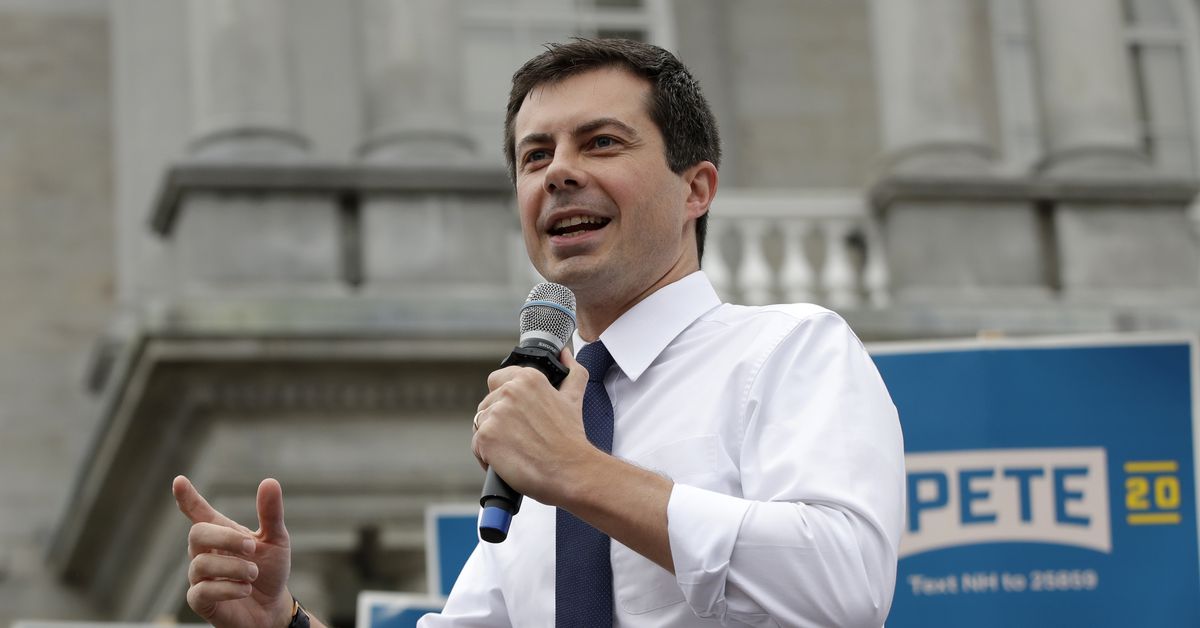 White House Democratic hopefuls have spoken out particularly on faith in campaign speeches this election cycle, explicitly linking their views on politics to religious values. But Buttigieg has led the pack in this regard, frequently using Scripture to buttress his political positions on everything from immigration to minimum wage – to gun policy.

At a faith panel discussion on October 27, he said his Christian faith and his teachings from Jesus called him to aim for a “world without weapons.”

It was not the first time.

“Here’s something to think about this Sunday morning, is a gun a tool or is it an idol?” Buttigieg said on CNN. “If the gun companies lobby, which is what the NRA is, now has people who see guns as something to love, something to protect, something that is the source of our freedom and our power and one thing that we are willing to sacrifice human life to, isn’t that the definition of a false God?

While we frequently hear conservative politicians tie faith to their political positions, it’s more rare to hear a Democratic candidate do so, especially when talking about guns.

Buttigieg, who has served as the mayor of South Bend, IN, since 2012, has made faith a central part of his message. And it seems to be working for him – at least in some key areas.

This week, according to CNN and FiveThirtyEight.comButtigieg has taken the lead in the Iowa polls, where 25% of likely caucus attendees intend to vote for him – nine points better than Elizabeth Warren and 10 ahead of Joe Biden and Bernie Sanders. The Iowa caucus is often seen as a harbinger in the nomination contest.

What does Buttigieg hope to achieve politically by speaking in the language of faith, especially when it comes to guns? The Deseret News spoke to political scientists, theologians and religious leaders to find out.

He speaks to rural voters

By incorporating faith into his discussion of politics, Buttigieg could reach out to rural Americans, said Emily J. Wornell, assistant research professor at the Indiana Communities Institute at Ball State University.

Wornell says that unlike other Democratic candidates in the past, who have used religion to flatter rural voters because they didn’t know how to talk to them otherwise, Buttigieg’s track record of dedication, as well as his Midwestern roots, and his status as a veteran, lend him more authenticity.

While some rural voters may be put off by his approach to the gun issue, Wornell said, rooting in religious principles, he could open up a more comfortable space for rural and religious voters to talk about gun violence. .

Rather than threatening to confiscate people’s guns, as Beto O’Rouke did in a recent Democratic debate when he advocated for mandatory gun buyback, Buttigieg focuses on biblical principles regarding peace and the preservation of life, Wornell said, while also acknowledging the importance of gun ownership in some rural communities.

In this way, Buttigieg uses religion to cultivate an image of himself as a centrist politician, trying to use faith to unite – rather than to divide, said David Campbell, chairman of the political science department of the University of Notre Dame.

“There is a more religious quality in the American Midwest than on both coasts, so part of that is that it plays for the flyover territory where really the election was last decided,” he said. he declares. “I think he’s trying to resist some of the extremes that have alienated people in the Midwest (in the previous election). He tries to position himself in the centrist vein on all kinds of issues, but religion is certainly one of them. ”

Buttigieg’s religious approach to gun control may appeal to voters who are not Christians, or not at all religious, said Maggie Siddiqi, director of the Faith and Progressive Policy Initiative at the Center for American Progress. Voters want to be confident that a candidate’s political positions are anchored in more than just empty words, but in genuine belief that seems solid and unlikely to waver, she said.

“I think it’s really powerful when a presidential candidate can talk about his religious values, how it motivates his sense of compassion and justice in the world, and how to experience that through politicians. public, ”she said. “This kind of moral vision is something Americans are really hungry for and I was very happy to see that some of the candidates like Mayor Pete really share this part of themselves.”

“I think people are interested in having someone who can have a cohesive moral vision and some kind of center to rule from,” he said.

Doug Pagitt, a self-proclaimed progressive evangelical pastor and executive director of Vote Common Good, an organization that seeks to connect with voters motivated by religion, says Buttigieg is inserting a faith-based moral imperative into the gun debate .

“I don’t think he’s trying to convince people not to support the Second Amendment,” he said. “I think what he does is make people think, don’t I have the right to own a gun, but do I have a moral obligation to do something about the epidemic gun violence in America? “

How to Cope with Debt